A new website will give everyone the chance to contribute to science by playing a ‘cosmic slot machine’ and compare images of colliding galaxies with millions of simulated images of galactic pile-ups.

These collisions, which astronomers call ‘galactic mergers’, could be the key to finding out why the Universe contains the mix of galaxies it does -- some with trailing spiral arms, others more like compact ‘balls’ of stars.

Surprisingly, humans are much better than computers at spotting the best match between a real galactic merger image and a random selection of simulated merger images. Because the simulated images reflect the different variables involved in galaxy formation the data from people using the site, Galaxy Zoo Mergers, promise to revolutionize our understanding of these collisions. 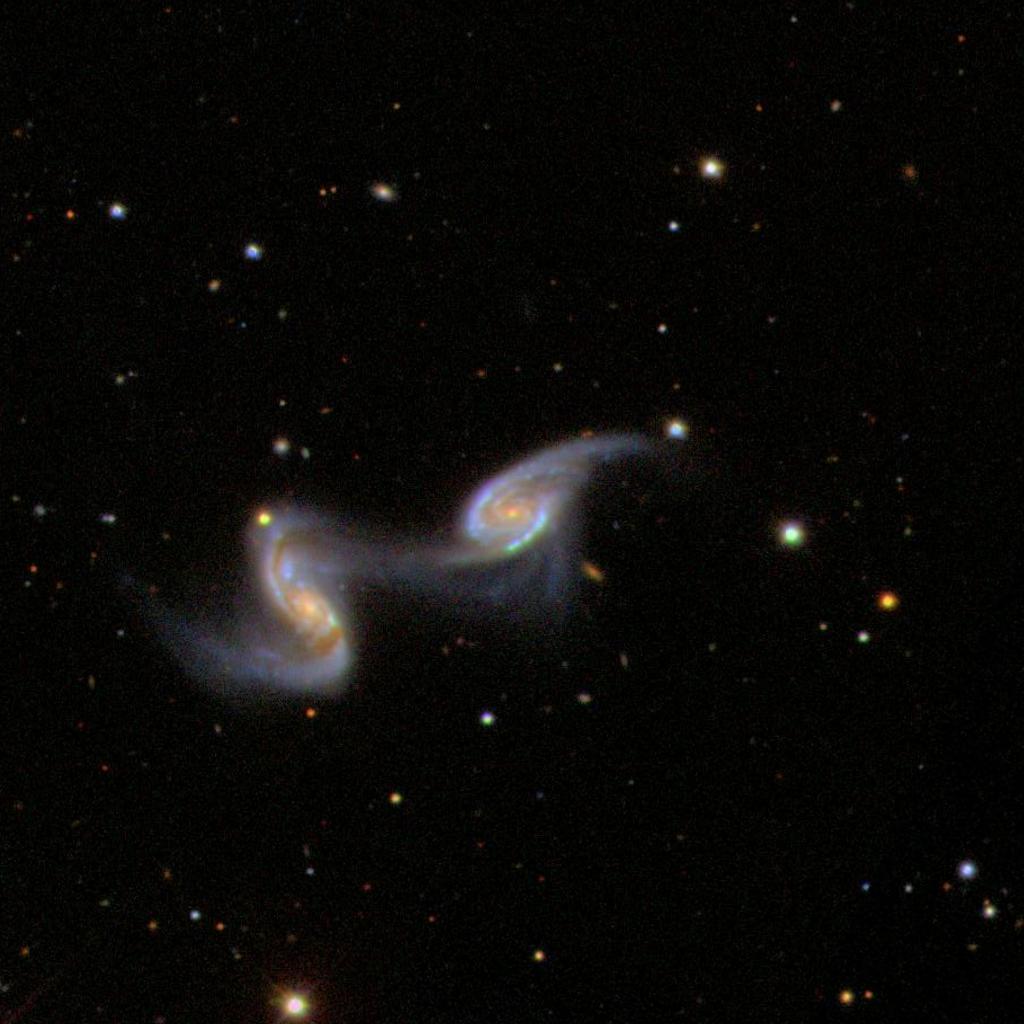 “Visitors to the Galaxy Zoo Mergers site use what’s rather like a giant slot machine, with a real image of a galactic merger in the center and eight randomly selected simulated merger images filling the other eight ‘slots’ around it,” said Dr. Chris Lintott of Oxford University’s Department of Physics, galaxyzoo.org team member. “By randomly cycling through the millions of simulated possibilities and selecting only the very best matches they are helping to build up a profile of what kind of factors are necessary to create the galaxies we see in the Universe around us -- and, hopefully, having fun too!”

Users do more than simply select images, they can also take direct control of the simulations -- choosing ‘more’ or ‘fewer stars’ or ‘flipping’ galaxies -- in order to provide an exact match to what we see in the Universe.

“Whilst we’re challenging the 250,000 existing users of the original Galaxy Zoo site to take part in this new project, anyone is welcome to join in -- you don’t have to be an expert, in fact our evidence shows that not being an expert actually makes you better at this sort of task,” said Dr. John Wallin, an Astronomer in George Mason University’s Department of Computational and Data Sciences, galaxyzoo.org team member. “By reconstructing these collisions, our users will help us understand how galaxies have changed over the history of the universe.”

The project will focus on around 3,000 images of real galactic mergers identified through the Galaxy Zoo project -- it also features some new images of these mergers taken by the Hubble Space Telescope. The next stage will be to investigate the ‘before’ and ‘after’ of these colliding galaxies to work out what caused them and what will happen next -- rather like trying to capture the slow motion detail of the moments before a car crash and predict the aftermath.

“These collisions take millions of years to unfold and so all we get from the Universe is a single snapshot of each one. By producing simulations, we will be able to watch each cosmic car crash unfold in the computer,” said Anthony Holincheck, a graduate student at George Mason University and galaxyzoo.org team member.

The collisions examined in the project are a foretaste of what will happen when our own galaxy, the Milky Way, eventually merges with our galactic neighbor Andromeda in the distant future.

A preview version of the website FOR PRESS ONLY is available at http://mergers.zooniverse.org

* Galaxy Zoo Mergers, led by scientists from the University of Oxford and George Mason University (USA), will be launched at 00:01 GMT on Tuesday 24 November 2009 at http://mergers.galaxyzoo.org

* Download an image of a galactic merger here:
http://hubblesite.org/newscenter/archive/releases/galaxy/interacting/1999/41/

* The original Galaxy Zoo project was launched in July 2007 and gave members of the public the chance to take part in astronomy research online. The first phase of the project asked users to classify galaxies, recording whether they were spiral or elliptical.

Tues (for today, in GMT)&Fri here, via RSS feed, and twitter @skyday
Read about my own private space venture in The Satellite Diaries
The Daytime Astronomer
More Articles All Articles
About