Alex "Sandy" Antunes
Princeton researchers found that high-fructose corn syrup-- the basic sweetener is sodas and just about everything-- causes more weight gain that sugar.  Calorie for calorie, rats got fatter on the corn syrup than on sugar.

And at the same time, PepsiCo has released 'Throwback' products-- Pepsi sodas made with sugar instead of corn syrup.  So if researchers are saying sugar is better for you, we need to check which tastes better-- corn syrup or sugar?

But first, back to the Princeton tests. "The concentration of sugar in the sucrose solution was the same as is found in some commercial soft drinks, while the high-fructose corn syrup solution was half as concentrated as most sodas."

In addition to causing significant weight gain in lab animals, long-term consumption of high-fructose corn syrup also led to abnormal increases in body fat, especially in the abdomen, and a rise in circulating blood fats called triglycerides. The researchers say the work sheds light on the factors contributing to obesity trends in the United States.

We here at ScientificBlogging.com are willing to risk our own bodies in the pursuit of science.  So, using a sample size of 2, we injested the dangerous, obesity-causing corn-syrup flavored modern soda against the old-school sugar flavored 'Throwback' editions.

Our sodas were (including sweetners): Pepsi (corn syrup with trace sugar), Diet Pepsi (aspartame), Pepsi Throwback (sugar), RC Cola (corn syrup), and Dr. Pepper-- a non-cola.  We included Dr. Pepper as a 'control'; it has a distinct enough flavor that confusing it for one of the colas would indicate the drinker has no sense of taste distinction. 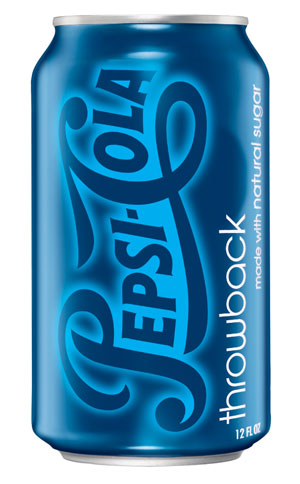 We did two experiments.  For the first, we simply had the subjects place them as "Like", or "Didn't Like", a simple taste measurement.  One subject also added a 'Sorta Like' middle category.

Then for the second run, we had the experimenters try to figure out which brand was what (essentially, a psychology test on brand opinions).  We neglect the 2nd test in this writeup because we want to focus on the physiology-- which tastes better, regardless of expectations?

For each test, we had 2 cups of each cola, plus a 3rd cup of one randomly chosen cola so that the subjects could not be sure how many samples of each existed (after the experiment, we found the extra cup was Throwback, yielding 3 Throwbacks to 2 of each other).  Cups were identical dixie cups, numbered by a non-participant so no prior information was known.  Both participants were able to identify Dr. Pepper as distinct from the others.

Data for subject 1:
Data for subject 2:
Results? Subject 2's choices were self-inconsistent, while Subject 1 showed clear preferences. RC (all corn syrup) did poorly.  Diet pepsi (corn syrup + sugar) did almost as poorly, not getting a universal 'like' by any means.  Throwback (sugar) did very middling, scoring better with Subject 2 but not beating the performance of ordinary Pepsi.

So it seems that corn syrup is, alas, as tasty as it is deadly.  But is this an accurate measure of appeal?  Malcolm Gladwell's recent book Blink argues that sip tests measure sweetness but not satisfaction, a distinction that basically boils down to the difference between nibbling a chocolate bunny and eating 10 pounds of it in one sitting.  You may like the first taste of a sweet soda, but after a 16 ounce can, you may have wanted something less excessive.

Our ultimate conclusion is this.  the taste difference between corn syrup and sugar are insignificant compared with the fact that drinking carbonated caffeinated sugar water is bad for you overall.  I mean, really, this test is like comparing whether you should be shot with a 38cal or a 9mm.  We recommend you treat soda like alcohol-- fine as a treat, in moderation, but deadly if it's a daily six-pack habit. Just drink water.  It's cheap, it's healthier, and it's truly the taste for a new generation-- that doesn't want to die, like rats, of obesity.

Alex
Astronomy and Science every Fridays, The Satellite Diaries every Tuesday, and twitter @skyday
The Daytime Astronomer
More Articles All Articles
About