The cover of Time magazine 3/2/15 features an Anglo baby (so remarkably cute one wonders whether...

The 10 Best Obesity Books. Ever.

In the spirit of year end top 10 lists, but not restricting myself to 2015, I offer the following...

“Is my cholesterol too high?” may become an irrelevant question.There was a time when the total...

Why do we eat stuff that's bad for us when our stated aim is to lose weight or "get in shape?"... 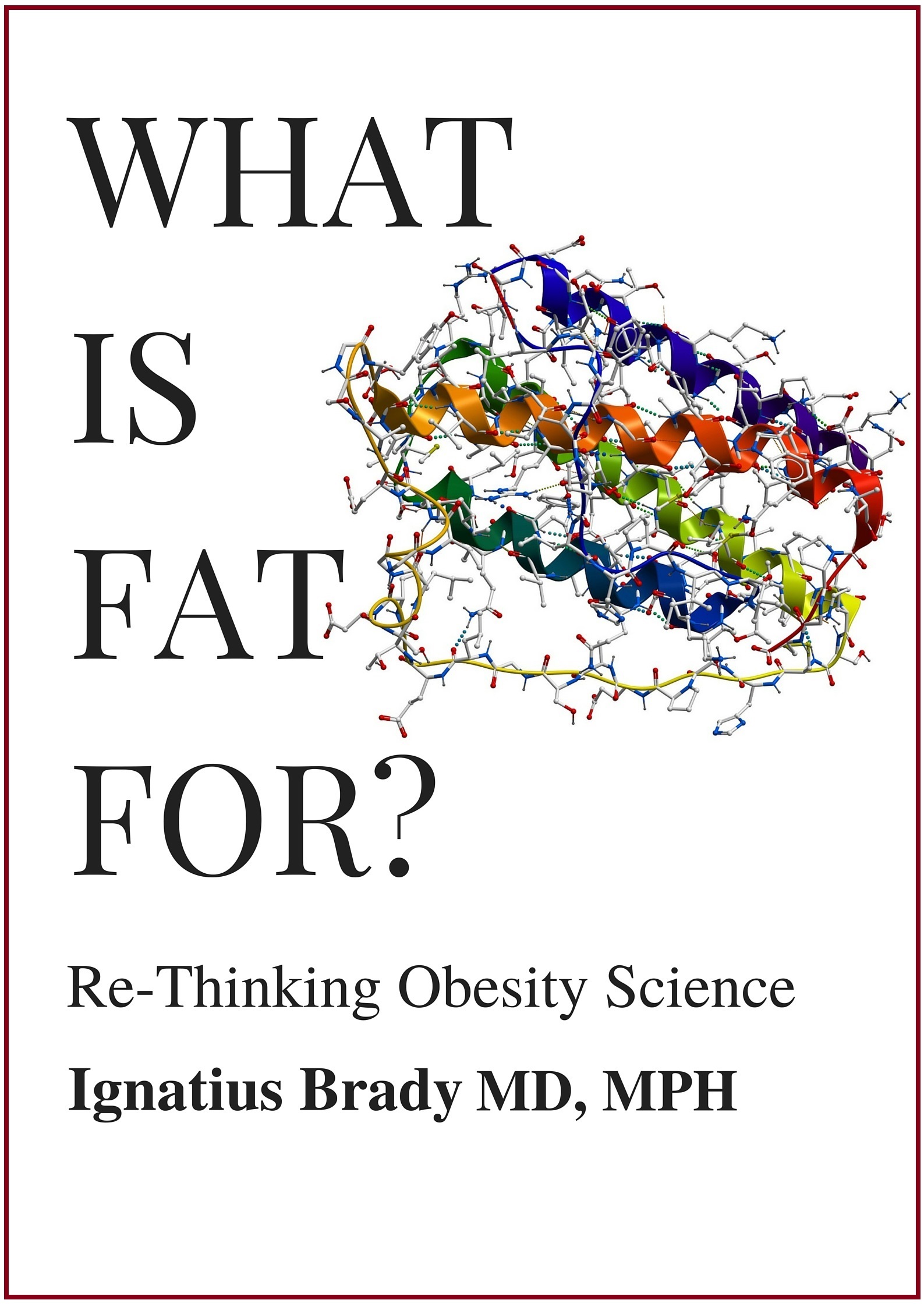 The largest commercial weight loss program (with >40% of market share) in the world has adopted a strange new strategy: Switch the focus AWAY from weight!

I'm not, like, a branding expert, or anything, but, didn't they kind of invent worrying about weight? Isn't that sort-of the Name of The Company?

How NOT To Write An E-Book

My new book came out on Amazon yesterday, and as I breath a long sigh of relief, I'm reflecting on how I reached that milestone and how technology made it both easier and more difficult to achieve. If you are a writer looking to self-publish an eBook on science or any other complex subject, you might want to consider what I've learned over the last few months.

Today, the NYT reported that Coca-Cola's Chief Scientist is stepping down in the midst of a controversy regarding Coke's support of researchers who emphasize exercise for weight control. Dr.

In previous posts, I've discussed the concept of protein leverage. This is an idea, put forward by two Australian scientists, Stephen Simpson and David Raubenheimer that many species, including humans, regulate appetite with a higher sensitivity to protein than other nutrients. We each need some amount of calories, carbohydrate, fat and protein each day. Simpson and Raubenheimer showed through a host of experiments that it seems we are willing to overeat energy (excess carbs or fat) in order to get enough protein.

You Can't Run It Off

Picture this: an anxious patient sits in the doctor's exam room. He has handed his health questionnaire to the receptionist detailing his diabetes, cholesterol problems, and hypertension. The nurse has checked his height and weight and recorded the numbers in his chart. He is ready for advice from the obesity doctor, hoping to learn how to get rid of some of the 100 pounds that has crept onto his body over the last few decades. The doctor enters and says, "Wow, Mr. Jones, that's quite an exercise problem you have! How long have you been suffering from this lack of exercise condition?"

That would be a strange beginning, wouldn't it?

How Deadly Is Obesity, Really?

Many of my patients came to their first visit in the clinic and told me they were “a ticking time bomb.” Men, especially, seemed to have a view of themselves as a collection of risks that, left unchecked, would, without fail, cause them to have an early heart attack. When I asked them about how dangerous obesity, specifically, was to them, many patients would tell me that it can take ten or twenty years off their life…unless I could help them. Which, of course, was why they’d come to see me.

In some cases, I agreed with them. They were thirty years old, weighed 400 pounds and had a medication list like a nursing home patient. Those guys, I worried about. But many of my weight management patients were 50-100 pounds overweight at age 50 and on just a couple medicines.