High blood pressure (hypertension) is one of the most prevalent diseases in the United States. The American Heart Association estimates that high blood pressure affects approximately one in three adults in the US. Genetics and a diet of foods high in fat and saturated with salt underlie the resulting 73 million people suffering from hypertension in the US. As a result, they have a greatly increased risk of heart disease, kidney disease, atherosclerosis, eye damage and stroke. These complications can result in permanent organ damage and death.

Blood pressure is intricately linked to salt and water balance in the body, which is controlled by the kidneys. More salt equals more water and fluid in the kidneys and therefore in the arteries. This causes an increase in overall blood pressure due to increased fluid mass. Furthermore, certain salt ions are linked in cells. Sodium and potassium are commonly linked ions which travel in and out of cells conducted by specific ion channels. The ion charges inside or outside of the cell create a electrical charge which then control physiological outcomes including neuronal impulses and hormonal and muscle controlling cells.

The most recent breakthrough in studying hypertension has come from an unlikely source: honeybee venom. Researchers from Professor of Physiology, M.D., Ph.D. Zhe Lu’s lab from University of Pennsylvania’s School of Medicine have successfully linked tertiapin, a toxin found in honeybee venom to crucial potassium channels responsible for salt regulation in the kidneys. Tertiapin (TPN) blocks specific ion channels which allow potassium to enter cells. These inward-rectifer potassium (Kir) channels allow potassium into the cell and create a voltage across the cell membrane. Blocking these channels in the kidneys would allow excess salt to be eliminated in waste instead of being reabsorbed and raising water levels resulting in a raise of blood pressure in the body. Unfortunately, there are seven types of Kir channels in the body, many of the located in the heart and would cause serious problems if blocked universally. 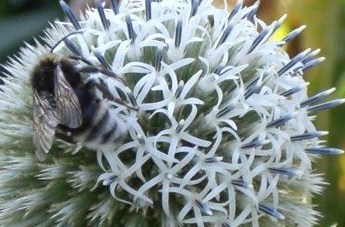 After a decade of research and testing, Lu's lab has sucessfully bioengineered a mutant variant of TPN, known as TPNLQ which selectively blocks Kir channels in the kidneys responsible for regulating salt balance. This breakthrough has allowed for the development of a possible new treatment of hypertension. “The clue comes from patients with genetic defects in these channels who lose a lot of sodium because it cannot be effectively reabsorbed and thus have low blood pressure,” explains Lu. “An inhibitor specifically against these kidney channels will allow this idea to be tested.”

TPNLQ will be used as a tool for studying hypertension and blood pressure in animals and could prove to be one of the key factors in future treatments for those suffering from chronic hyptension.