Erin Richards
The death toll due to malaria outbreaks has reached over million lives every year with an additional 300-500 million people suffering illness from serious malaria infections. The growing pandemic and high mortality rate has caused renewed and fervent interest in creating an effective vaccine treatment for the prevention of malaria.

This interest has sparked physicians, scientists and pharmaceutical companies alike to race for the most cost-effective, efficient and overall viable vaccine against malaria.  There are currently multiple vaccines in various stages of trial and with various ranges of efficacy. 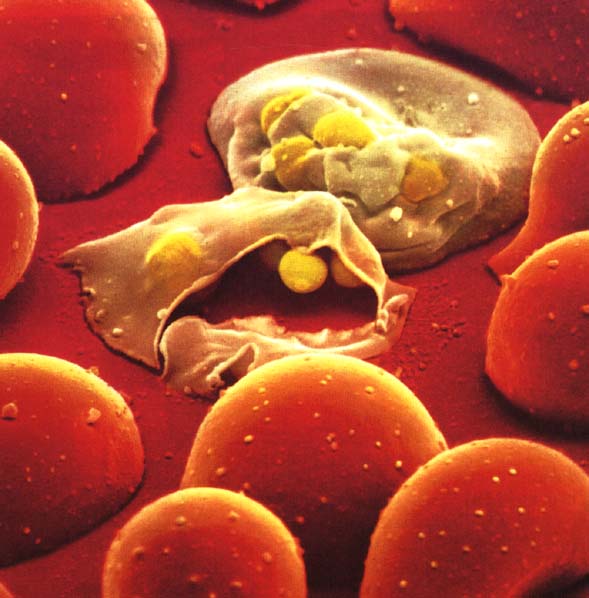 The Annual Conference on Vaccine Research, sponsored in part by the National Foundation for Infectious Disease (NFID), has dedicated special importance on malaria research and breakthroughs. One of the promising vaccine candidates, RTS,S, developed by biopharmaceutical giant GlaxoSmithKline Biologicals is scheduled to move into large-scale human trials in seven African countries. Previous studies have shown that vaccine RTS,S is more than 50% effective in preventing malarial diseases in infants under 17 months.

Glaxo’s RTS,S vaccine is the first of 70 viable experimental malaria vaccine candidates to move into a Phase III clinical trial, which examines the safety and efficacy of the vaccine on a large scale. The three year long trial is expected to begin immediately with the vaccination of 14,000 infants in Burkina Faso, Ghana, Gabon, Tanzania, Kenya, Malawi and Mozambique. All of which are commonly plagued with outbreaks of malaria.

"Preliminary studies indicate that it's no longer a question of whether but when we will have a malaria vaccine," said Susan J. Rehm, MD, medical director of NFID and co-chair of the conference. "This is very exciting … These advances are possible because of important partnerships between academia, private industry, governments, public health officials and philanthropic organizations."

However promising, scientists still regard the vaccine’s progress with cautious optimism. Instead of a stand-alone treatment, the vaccine is an additional tool in the arsenal against malaria. This image shows the life cycle of malaria, including its introduction by mosquito carriers, reproduction in the liver and re-infection to mosquitoes. Image credit: Information Center for Sickle Cell and Thalassemic Diseases, Harvard

But RTS, S is not the only malaria vaccine candidate. Although just approved for a Phase 1 trial by the FDA, another novel vaccine may prove to be the unseen dark horse in the race against malaria. Working in collaboration with the PATH Malaria Vaccine Initiative (who also sponsored development of RTS,S), Sanaria Inc., Maryland-based biopharmaceutical company has found a different approach to the construction of their vaccine.

Sanaria’s vaccine, Plasmodium falciparum sporozoite, contains a weakened form of the whole malaria parasite harvested from infected mosquitoes. This is different than the other vaccine candidates, which simply contain parts of the parasite.  Although this idea is commonly used for the development vaccines against viral infections such as polio, measles and smallpox, using this technique against the malaria pathogen has not been previously explored.  Previous research has seen that the weakened pathogens can aide to high levels of protection against further exposure to malaria. Research suggests that when the live attenuated parasite is given to individuals, they can build immunity to the weak pathogen and recognize strong malaria parasite later on via immune memory response, staving off further malaria infections.

"Initiation of this trial expands the spectrum of malaria vaccines in clinical development today," said Dr. Christian Loucq, Director of the Malaria Vaccine Initiative. "This trial marks a major achievement in a collaborative development effort that aims to determine whether Sanaria's vaccine candidate is safe and effective."

The Phase 1 trial is scheduled to begin in mid-May and will determine the safety, sterility, purity, potency and reproducibility for human testing. The vaccine will be tested in two separate sites in Maryland and will involve 104 volunteers.

Whether one, both or multiple vaccines will come to fruition in the near future, it seems clear that although we may not what form of treatment is yet to come, there will be changes in the way we look at, treat, and prevent malaria.