Richard Mankiewicz
When I was a kid, I would happily play around with both words and numbers – I still do. Both have their aesthetic appeal. Whether it is constructing and deconstructing mathematical puzzles or cryptic crosswords, they appear as small artefacts that reveal a grander architecture. Combine this with the serendipity of the internet, and Pi Day was just a hop, skip and jump away from Richard Feynman and pilish poetry.

A couple of weeks ago, John Baez posted a link to Cadaeic Cadenza by Mike Keith; an epic work, albeit a short story, due to it being written entirely in pilish. Pilish is a form of constrained writing such that the lengths of the words follow the decimal expansion of the number π; Cadaeic Cadenza itself being 3835 digits (and words) long. Mike Keith later outshone himself by publishing a pilish novel entitled “Not A Wake: a dream embodying π's digits fully for 10000 decimals”; but that’s another story. 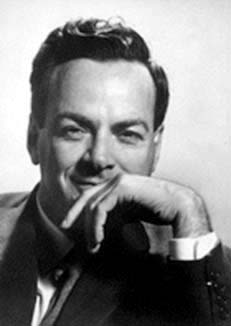 Returning to the thread, John Baez’s post included the suggestion to go and look up the Feynman point within the Cadaeic Cadenza. The Feynman point is a sequence of six 9s that occurs in the decimal expansion of pi starting at the 762nd decimal place. It has been so named because Richard Feynman once stated at a lecture that he would like to memorise π just up to that point so that he could finish off with a  flourish, “... nine, nine, nine, nine, nine, nine and so on!” as if π were rational. But the question in this context is: what does Mike Keith do with six consecutive nine-letter words in Cadaeic Cadenza? Here is the answer:

The six ‘nevermores’ are thus both echoes to Edgar Allan Poe’s Raven and to themselves. So how does Keith handle the same Feynman point in “Not A Wake”?

The website Cadaeic.net is a wonderful syncopation of mathematics, words and music. However, I couldn't find within it an exploration of the Feynman point as a stand-alone structure for a really terse literary form. And so I come to my own point.

As a tribute to the playfulness of words and numbers and in honour of a physicist who shed much light into otherwise esoteric areas of physics, I would like to celebrate Richard Feynman’s Birthday on the 11th May with a collection of the finest (and hopefully funniest) Feynman Point Poems.

The rules should by now be fairly self-explanatory. A Feynman Point Poem consists of six 9-letter words. That’s it! You may add punctuation as needed. Any deviation from this standard will be treated commensurately with its ingenuity.

If 9-letter words don’t readily spring to mind then just do an online search and a myriad of crossword and Scrabble sites will come to light. There are thousands of them – words, not websites.

Not delving too deeply into the forest of possible words available, I came up with this not-quite-right poem, or possibly epigram:

Add your Feynman Point Poems in the comments below.
Florilegium
More Articles All Articles
About