Johannes Koelman
Hip, hip, hooray. The Hubble has reached its twentieth anniversary* and is  still alive and kicking. Congratulations go to NASA and ESA. And to the Hubble itself. Long live the Hubble!

Chances are, that by now you will be able to read more than a few blogs hailing the two decades of the Hubble as mankind's supreme window to the universe. And indeed, the Hubble has provided us with some spectacular pictures of the universe. 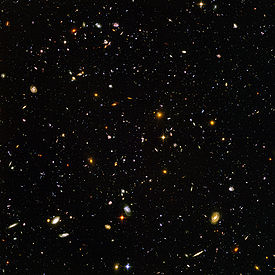 Let me share here what I think is the most impressive visual display the Hubble contributed to. It is a composite image resulting from combining Hubble images with those from a multitude of earthbound telescopes. The result is a beautiful interactive experience. When you zoom out (using the slide rule to the left) from the Hubble Ultra Deep Field (containing some 10,000 galaxies) to the scale of the full universe, you will be impressed by the amount of detail hidden in the night sky and unlocked by telescopes like the Hubble.
Apart from the Ultra Deep Field, other famous Hubble pictures include the image of the Crab Nebula, and the well-known 'pillars of creation' showing stars being formed in the Eagle Nebula.

Pictures like these have stunned astronomers and laypersons alike. But there is a flipside to these achievements. A flipside that should interest you as taxpayer. 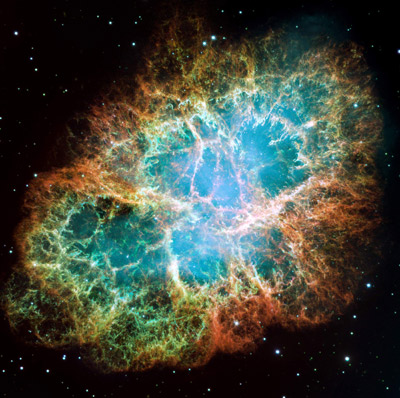 At the risk of thoroughly spoiling Hubble's birthday party, let me ask you a simple direct question. Any idea what the Hubble has cost you?

Yes, I mean you personally.

The answer depends on where you live. The average person living and paying taxes in the US, has paid an amount equivalent to a decent dinner-for-two towards the construction and maintenance of the Hubble. And don't fool yourself with the thought you haven't paid a dime because you live in Europe. European tax payers have also contributed to Hubble's staggering eleven digits total costs**, albeit by an amount significantly smaller than their US counterparts.

I agree full-heartedly with that statement. I am not in the least bothered by the amount I contribute to a scientific project, if that project can be expected to render spectacular new insights into the origin or workings of our universe. However, my generosity is fully linked to the assumption that my money will help rendering new insights. And the more I need to pay, the higher my expectations will be. And this is where the Hubble encounters significant issues.

Do you indeed believe the Hubble has changed our view on the universe?

I am not convinced at all. Surely, the Hubble has delivered truly spectacular pictures. Pictures that provide excellent screen savers. 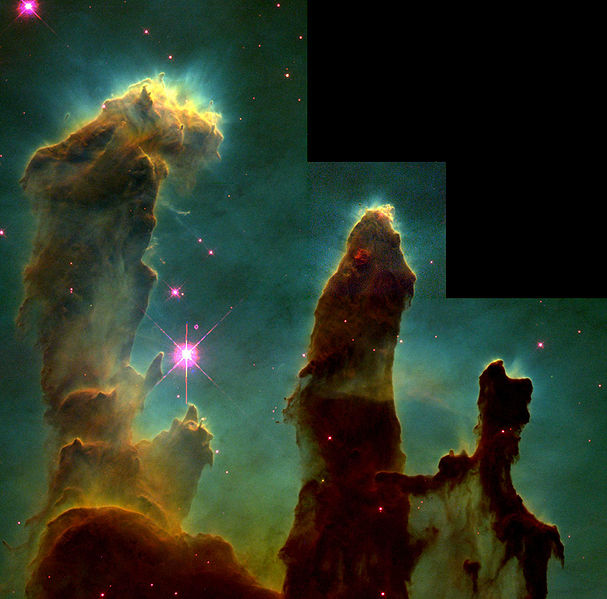 But pictures alone make no new science. So let me ask another birthday-spoiling question. A question not related to costs but to benefits. What are the Nobel-worthy discoveries from the twenty year Hubble project? Where is the spectacular science made possible by Hubble's specific capabilities?

What I am after are the discoveries that could not have been realized without a space observatory like the Hubble. The type of stuff that simply could not have been done from much cheaper ground-based observatories. The questions becomes even more compelling if I ask “Would we have been worse off if we would have spend the Hubble budget on alternatives?” Alternatives like building more powerful earth observatories and launching non-serviceable dedicated probes for wavelengths that do not travel well through earth's atmosphere.

There is a lot of PR associated with the Hubble, and it is easy to find many detailed and stunning Hubble pictures on the web. It is much more difficult, however, to find reliable information on the true scientific impact of the Hubble. Given how much you and I have paid to build and maintain the Hubble, I find that shocking.

Often heard claims that the Hubble assisted in determining the expansion rate of the universe are correct. However, Hubble's role in this is minor and pales into insignificance compared to the highly successful, yet many orders of magnitude cheaper, WMAP satellite. The same is true for the discovery of the accelerated expansion of the universe: Hubble's role is minor at best compared to the role of the powerful earth based telescopes.

This, by the way, seems to indicate a trend: the Hubble has difficulty in competing with state-of-the-art ground-based telescopes. Successful space probes such as the Nobel-winning COBE satellite, but also the more recent WMAP, Spitzer and Chandra satellites, do not compete with earth-based telescopes. They all observe at wavelengths that encounter difficulties in penetrating the atmosphere. These are the wavelengths well away from the visible light spectrum. These non-visible wavelengths are the ones at which space observation has an edge compared to earth based observations. The Hubble Space Telescope, observing at wavelengths close to and at the visible light spectrum, simply has difficulty to outperform the modern earth-based telescopes using adaptive optics. 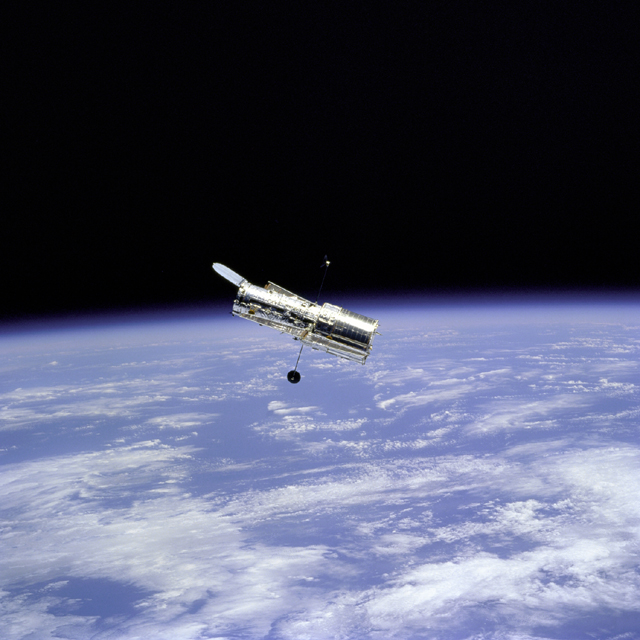 What does the Hubble lack compared to large earth-based telescopes? The answer is simple: light gathering power.

These are compelling figures. Although other factors play a role as well,*** the Hubble can hardly compete with powerful ground-based observatories.

And now the true giants are arriving! The prospects provided by three spectacular proposals to make a leap forward in deep space observation are truly enthralling. The Giant Magellan Telescope (GMT), the Thirty Meter Telescope (TMT) and the European Extremely Large Telescope (E-ELT) are all in the race to reign supreme in the decades to come.

How do these proposed giants compare to the Hubble? The figures are truly mind blowing:

Spectacular numbers, but what price tag is attached to these extreme proposals?
Again, be ready for a surprise. The most costly of these proposals, the E-ELT, will carry a price tag equal to about 10% of the Hubble costs. That is 300 Hubbles for the price well below a single Hubble service mission.

Wow, that is a steal! So when will these giant telescopes be ready?

You might be disappointed (in fact: you should be) to hear that none of these proposals have received full funding yet. In terms of our capability to achieve consistency in science funding, this is a sobering message indeed. To again place things in perspective: if only the last (2009) Hubble service mission would not have been carried out, the savings would easily have covered the total costs of either of these powerful telescopes.

I truly hope that the crowds of taxpayers enthusiastic about the Hubble will display an equal enthusiasm for the GMT, TMT and E-ELT proposals. You have paid for an exquise dinner for two. For these giants outperforming the Hubble the costs will be limited to that of a hamburger meal. And be prepared for a hamburger meal that will be better than anything you tasted before!

*** Several remarks can be made about the comparison between the Hubble and modern mountain-top telescopes. At the time the Hubble was designed and build, such comparisons were largely irrelevant as the performance of earth-based telescopes were limited by atmospheric distortion. This, however, is no longer the case. Thanks to the advent of adaptive optics the comparison is relevant, and the Hubble finds itself in the role of David competing with several earthbound Goliaths. The Hubble partly makes up for its limited light gathering power by allowing longer exposures. Also, the Hubble outperforms its earth-based competitors in widefield capabilities and is not hampered by atmospheric effects such as airglow. However, even if we give the Hubble credits for all of this, in comparison to modern earth-bound telescopes, the Hubble can impossibly live up to the expectations one should have based on the investments made.