Called by some the Blue Eye of Siberia and by others the Sacred Sea, Lake Baikal, at more than 5,000 feet ( 1,620 meters ), is the world’s deepest lake. The lake has many other interesting features also. For example, more than 330 rivers flow in but only the Angara flows out.

Even the potential for oil-related environmental disaster along the Eastern Siberia–Pacific Ocean pipeline was enough to get that project moved farther away from one one of UNESCO's world heritage objects.

What do you do when Mother Nature herself starts leaking the oil? 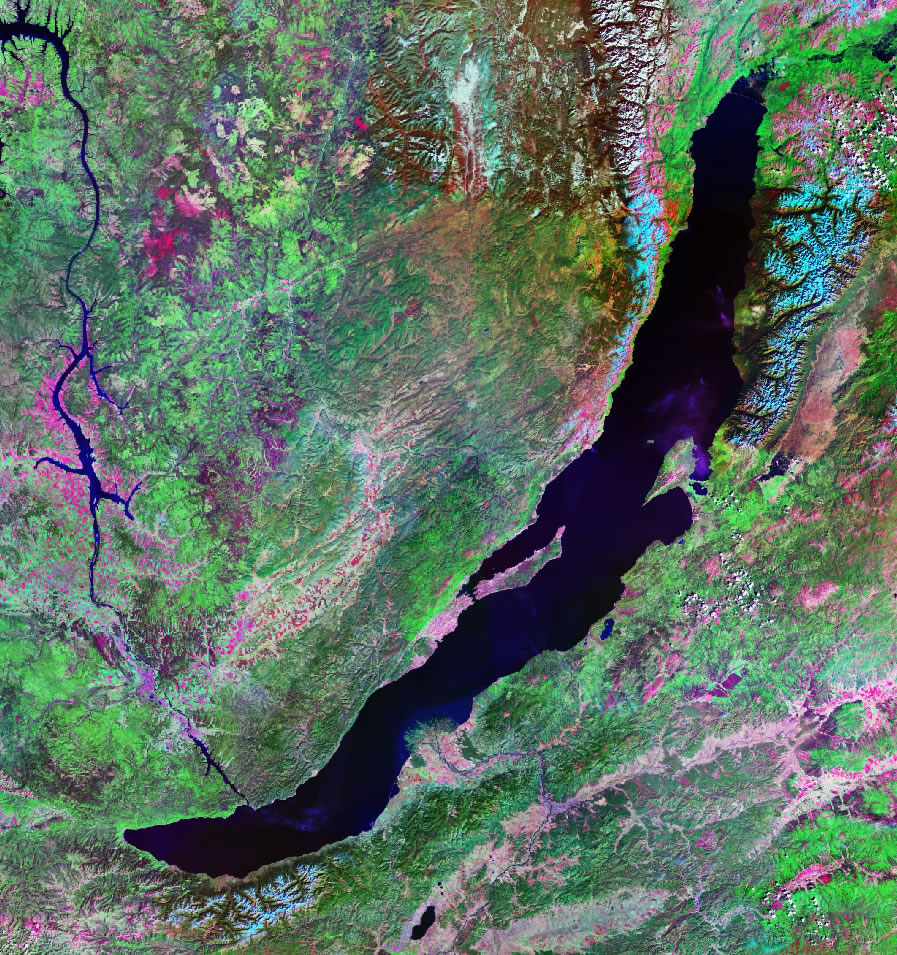 There have always been natural outcrops deep in Lake Baikal that contain oil and occasionally the gooey stuff would seep out and float to the surface in the southern and middle part of the lake. These bitumen spots were usually around three feet wide and were considered a natural event. Fortunately, the lake contains oil-oxidizing bacteria so Baikal's ecosystem controlled the contamination.

In 2003 a large dark spot in the ice showed up - large enough it was seen on satellite images. Researchers were called in from the Institute of Limnology, the Russian Academy of Sciences, the Moscow Institute of Oceanology and the Irkutsk Institute of Geochemistry and what they found was not the usual natural seepage but rather a 1500-feet-high fuel spray, consisting of gas, oil and bottom water.

The researchers took samples of sedimentary rock from nearby cores to investigate the oil and gas content in the samples. The gas consisted of methane (99%) and its homologues: butane, propane, pentane, hexane and others. They determined the oil and gas mixture came into water in the form of gas bubbles which were covered by the oil film.

Their analysis has proved that the leak was generated in the sediments and likely originated from the organic matter that became buried in the water body during the Oligocene and early Miocene epochs.

So Lake Baikal manages to clean up oil spills just fine. Does that mean they were wrong to move the pipeline? No, probably not. There's oil oxidizing bactera and then there's the kind of man-made mess that could ruin even an elegant ecological decontamination system like Lake Baikal's.