Hank Campbell
Are you a white person who believes you have a moral imperative to introduce your superior belief system to brown and black people in other countries who have not yet been converted?

No, you're not a 19th century European missionary, you work at a modern European environmental NGO.

That reads provocative, even inflammatory, but it may be happening. And agroecology academics want to stop it before it is too late.

Europe has made it plain that they want European laws to be earth's laws. If a developing nation uses a safe pesticide that Europe has still chosen to ban, Europe will put them in their economic ghetto, along with imports from Israel.

In Africa, promoting alternatives to agricultural science that inhibit self-sufficiency has meant continued dependence on Europe. Without science, Africans cannot grow food cheaper than they can buy it. From Europe. Where a cow gets twice as much money each year just in government subsidies as a worker in Sub-Saharan Africa can earn.

Most of Africa is not the natural breadbasket Europe is, they need science to offset the effects of drought, hold off pests, and to simply allow themselves to utilize the Great Equalizer that the modern world of science and technology provides.

If the developing world was not held back by European scaremongers, all of their food could be affordable and locally grown. Emissions due to shipping would plummet. America currently has more open land than the entire continent of Africa and if the rest of the world adopted America's acceptance of science, Whole Foods shoppers aside, farmland equivalent to the entire country of India now in use could revert to nature.

That is a win for everyone. European NGOs instead want to retreat into the past, when Africa needed Bob Geldof to give Europeans the feelsies over White Savior shipments of food to warlords who stay in power because Europe won't let countries progress by feeding themselves. They use Shamanistic suggestion about how much they admire the old ways Africa uses, and that science is against their values. Even the goofiest San Francisco Whole Foods customer would have their brow furrowed if you suggested that food was less nutritious if the land was plowed by a tractor rather than an ox, but that is the same as claiming old copper sulfate leads to better food than modern pesticides like atrazine or neonicotinoids will.

The authors of the paper are not against agroecology. Who could be?  It would be like being against clean water by its name and definition. Like communism, it is in practice that it always goes into malevolence. NGOs in rich western countries are creating financial dependency while evoking claims of 'food sovereignty', but that is leaving out the desires of farmers and people, who very much want to not have the boom and bust of fickle nature. The “Green Revolution” narrative is controlled by environmental NGOs and their organic industry corporate sponsors, and it increases dependence by local farmers because environmental groups master political control. 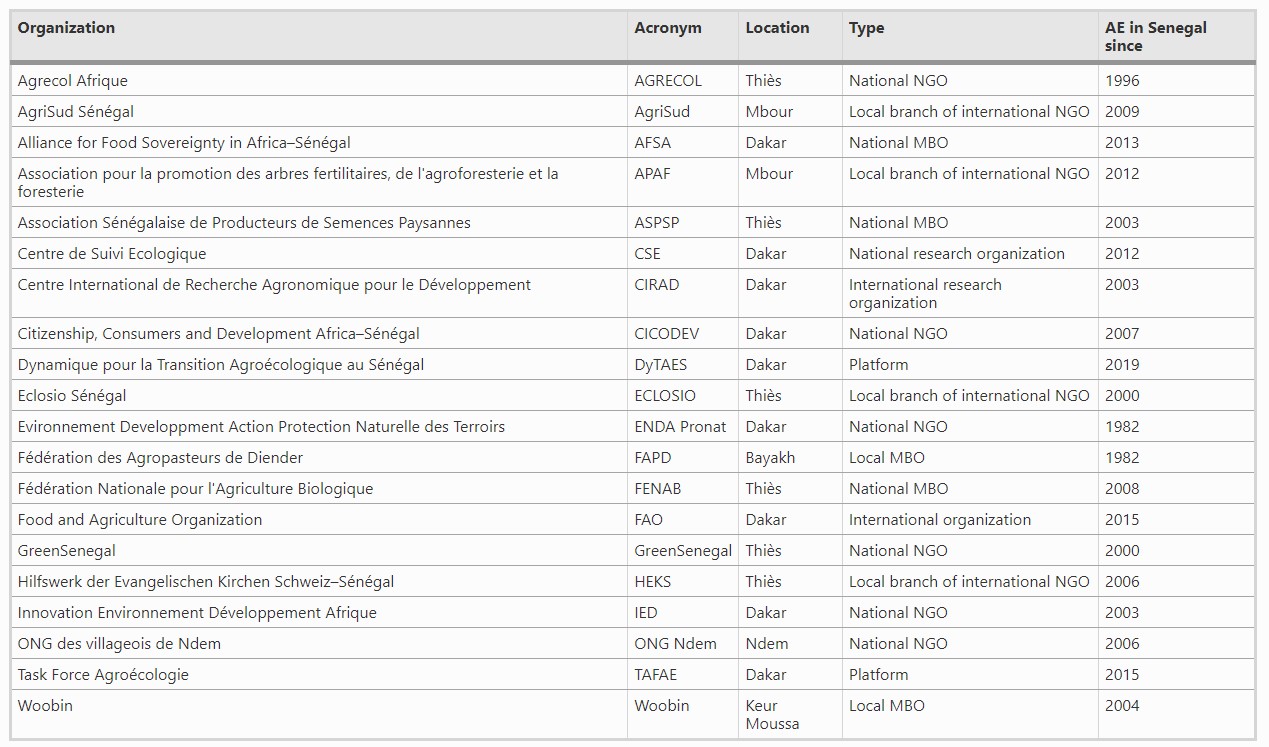 These are the NGOs just in one country, Senegal.

That is agroecology in practice, when environmental groups are trying to prove their worth to donors and get raises.

Is that the intention of the poorly paid people on the ground? Of course not, I worked at an environmental group as a younger man and most mean well, but executives running NGOs rely on "useful idiots" who are in the tribe doing a narrow job and don't see the big picture. NGOs exist to do one thing only - stay in existence. To do that in Europe, where government funds you if you have the right political connections, you must show value to the people signing your checks.

And the value may be in holding other cultures down, because you can't move your own up.
Science 2.0
More Articles All Articles
About