Hank Campbell
In 2019, Biogen announced that it was abandoning its late stage drug for Alzheimer’s, aducanumab but then in 2021 they got FDA approval for it.

Is the Biden administration in cahoots with Big Pharma while Trump was not? No. To the FDA, the reasoning was solid. One phase 3 trial succeeded, showing a reduction in the clinical decline standard that defines Alzheimer's, while the second of the two phase 3 trials did not. Both showed reduced amyloid plaques in the brain in dose- and time-dependent fashion. FDA made a decision. A reduction in amyloid plaque should mean reduction in clinical decline, based on beliefs about Alzheimer's in the last 100 years. Though everyone agrees Alzheimer's is poorly understood, plaque is the best proxy known right now. 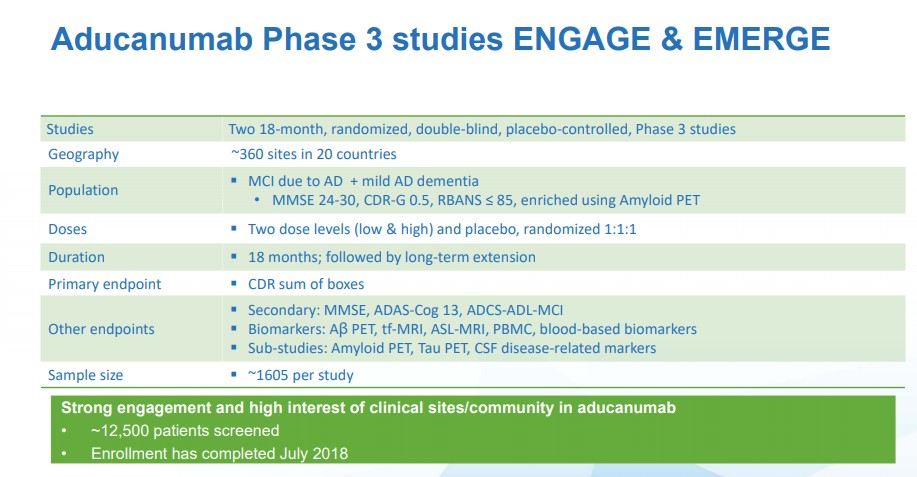 How much is that potential benefit worth? A new Hastings Center Report says it's not worth billions of dollars in taxpayer funding. Billions sounds like a lot but Americans purchase $40 billion each year in useless supplements and organic food is a $120 billion intellectual placebo. A government stimulus package primarily for government union workers and well-connected contractors is $1000 billion and likely more. A few billion is the cost of a new Navy destroyer, that's certainly worth preventing Alzheimer's.

That does not mean it will.

The report criticizes the decision because an FDA advisory panel was against it - their reason was that it does not for sure cure or reverse Alzheimer's. That is making the perfect the enemy of the good.  If plaque is an indicator of Alzheimer's then it may prevent it, we just won't know for 20 years, the same way only epidemiology said less smoking would reduce lots of diseases while Big Tobacco said they were was no evidence to prove it. The evidence had to follow the correlation.

And why take an advisory panel over all the scientists at FDA? An Obama administration FDA Advisory Panel not only said flibanserin - female viagra - should be approved, they lobbied for it. And that product did nothing at all. It was a huge fiasco that was simply politically correct.

There is no diagnostic test for Alzheimer’s, the only things to really go by are amyloid and Tau and they may be wrong the way so many correlation claims are (red wine as miracle cure or BPA as endocrine disruptor were classic junk science using correlation), but until we have the evidence otherwise why should a panel of political appointees be a super authority over science results?

A great reason would be money, except that can't be it in this report. Hastings certainly does not care about wasting taxpayer money. They were founded by a philosopher and a psychoanalyst specifically to use postmodernism to shape policy into more government spending. They are, however, anti-corporate, from GMOs to pharmaceuticals, so their highlighting a panel of appointees over actual career FDA scientists may be part of that agenda. They declare in their policy statement that the company should not be allowed to...make a profit.

In a world where solar panel customers believe they can sell excess electricity back to the company at the same cost they buy it, it might be possible to fool yourself into believing a company can spend hundreds of millions of dollars developing something and then have to sell it at cost. In reality, those mandated and subsidized solar costs are 100 percent paid by people who can't afford solar installations and get charged a poor tax for using regular electricity.

In that same way, advocating against a drug company because it didn't do a 25-year trial to "prove" it prevents Alzheimer's is an ageism tax on the elderly.

We won't see a cure for Alzheimer's in my lifetime, that doesn't mean products that may prevent it shouldn't be approved by FDA. Especially not if the reason is simply that political appointees want the perfect product right now.
Science 2.0
More Articles All Articles
About