Hank Campbell
Mumps IgG titers, levels of IgG antibody, have been correlated to lowered severity in recovered COVID-19 patients who had the Merck MMR II vaccine, and that has led a group to speculate that the MMR vaccine may protect against COVID-19.

That sounds great but the problem with correlation is that while it sounds scientific, it can still just be statistical association and prone to wishful thinking. Groups like International Agency for Research on Cancer (IARC) in France have claimed using statistics that weedkillers and meat might cause cancer, but when it was revealed insiders guiding those findings were consulting for environmental activists and lawyers hoping to sue over meat and weedkillers, and that quality studies were intentionally excluded, there is doubt about not just that but all of their work.

Epidemiologists hoping to shed light on the SARS-CoV-2 pandemic face a similar battle. How will the public trust them when epidemiologists for decades spent every month correlating some new chemical to cancer - without considering real-world doses - or some new food to obesity or wellness? Inverse correlation could be Group X who took Product Y had Reduced Z and truly exploratory. It may not hold up scientifically for the same reason some food and chemical epidemiology claims fail reality; lack of a plausible biological mechanism. 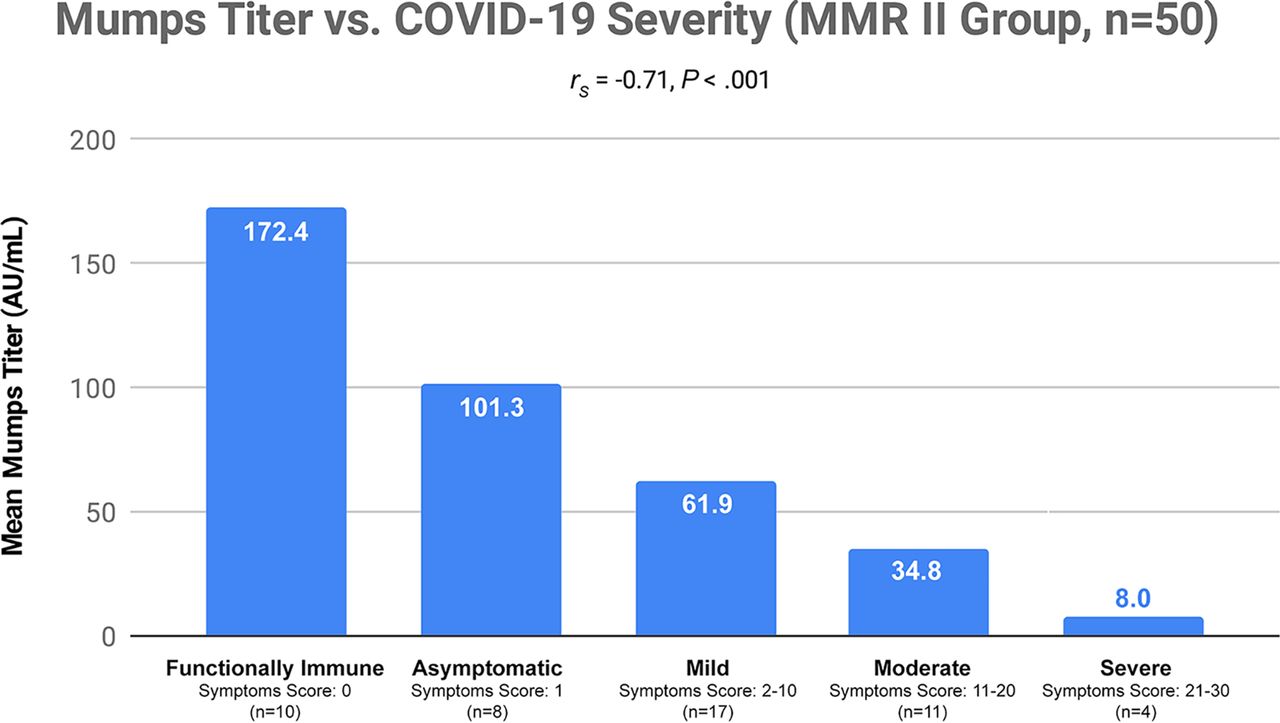 Instead of saying kids and younger people have less COVID-19 mortality because of an MMR II vaccine, Occam's Razor would guide us toward the more obvious; that old age, cancer, and respiratory issues are co-morbidities for a lot of things. Not that fewer young people die of the disease because of a vaccine.

But epidemiology is exploratory so even a small study - 80 people - is worth a discussion. 50 of them were known to have the MMR II vaccine while 30 were unclear. So they may not have had them, which is unlikely given the ages unless they are residents of San Francisco or an obscure religious cult. But if they did not have a vaccine, any antibodies would have come from the diseases. In that limited milieu the researchers found a correlation they could declare significant, but in such a small pilot study two people could swing the results.

Again, there was measurement but the correlation is still the only thing that is clear. If you are on the west coast and still think vaccines cause autism, and this puts you over the edge into getting one for your child, that is great, but if this particular vaccine worked to prevent COVID-19, its predecessors likely would have as well.

Instead, few people suffer any harmful effects and those that suffer mortal impact are going to be at risk from flu as well. So get MMR vaccines for your kids, get a flu vaccine, and wear masks. There is still no magic bullet.
Science 2.0
More Articles All Articles
About