Hank Campbell
Once upon a time, epidemiologists believed bacon caused cancer, as did hot tea, a weedkiller that acts on no human biology, bread, apples, lettuce, mustard, tomatoes, and more.

You name it, and it is possible for statisticians at the International Agency for Research on Cancer (IARC) to find a chemical in it that links it to cancer. With most foods, it is also possible for other epidemiologists to link them to prevention of cancer.(1)

What did epidemiologists once deny causes cancer? The cancer history of your family - genetics.

There is a weakness in the IARC "hazard classification" scheme. Because they lump in one dose of something as equivalent to 10,000 (five orders of magnitude) they will include any statistical evidence of possible human carcinogenicity, or an animal model, no matter how irrelevant it is to doses in humans. In the real world, one shot of Scotch is different than drinking 10,000 of them all at once, but to IARC it is not.(2)

This gradual shift to advocacy over fact-finding and science is why 50 percent of compounds that can cause cancer at high doses in animals will somehow still get human cancer warnings from agencies that abdicate their decision-making to IARC. They have chosen to ignore that rats are not  little people and that in science those studies would be considered strictly exploratory.

That desire to target chemicals is why they denied a cause of cancer 300 percent greater than the products they choose to highlight.

In 1965 IARC was created with a worthy goal in the age of confidence about science and the future. They wanted to know what environmental factors caused cancer in order to prevent them. That meant first tackling the big things that people basically knew but were dismissed as lacking weight of evidence: Smog, cigarettes, and alcohol.(3)

Some were so convinced that cancer was all due to environmental toxins that they dismissed links to genetics and family history as just anecdotes. They insisted all cancer was caused by chemicals, or specific types of food, like some in IARC still do today 50 years after it was debunked, along people who read op-eds about toxic chemicals in The Guardian.

Today we know that the majority of non-lifestyle cancers are simply bad luck and your chances of hitting snake eyes on the dice roll are increased a lot with family history. (4)

Not without a struggle against epidemiologists, a struggle that was led by Henry Lynch, MD, who started as a clinical psychologist before getting a PhD in genetics (thinking he would find genetic roots of mental health issues) and then becoming a Medical Doctor. 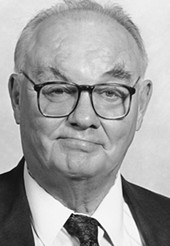 While a resident, he met a patient dying of colon cancer and Lynch was intrigued after learning that many other people in his family had cancer. Lynch applied for an NIH grant to study hereditary aspects of colon cancer but NIH then was a lot like they are now; they are going to throw money at what is in the news, and what is certain to be successful, and what can easily predict the past, but everything else will be a struggle to get by a government committee. He was turned down.

Nevertheless he persisted and eventually he did get grants but his family trees and pedigrees were dismissed by epidemiologists. At 6'5" and with experience as a former boxer and Naval gunner, Lynch knew how to fight, but he had to be puzzled he was being forced to fight. (5)

Epidemiologists insisted his findings could have occurred by chance but by the early 1980s the cancer research and medical communities were convinced. Statistics followed. Today, family history is the earliest data doctors want to have. And epidemiologists have done a reversal and embrace anecdotes far too much.

Now Hammerin' Hank even fittingly has a hereditary colorectal cancer named after him: Lynch syndrome.

He passed away June 2nd at the teaching hospital where he spent most of his career. Rest in peace, Dr.

(2) In science it is reasonable to assume scholars won't do that without being caught by other scientists, but IARC is made up of epidemiologists, most with no medical or science degrees, and they are self-selecting their membership. They created their own secret sauce for how papers are written and block out any scientist who has consulted for industry from participation. Who does industry hire when they need outside help? The best scientists academia has to offer. Yet IARC will embrace consultants for trial lawyers or environmental groups (Martyn Smith of CERT and Chris Portier of Environmental Defense Fund are prominent recent examples of activists inside IARC lobbying for warnings on acrylamide and glyphosate, respectively) who will desire help from anyone who provides a veneer of legitimacy, and they will allow those epidemiologists even if the group paying them is lobbying against the compound the IARC working group is studying.

(3) You can easily see how broad IARC hazard classification needs to be informed by risk. Smog does not carry as much risk as smoking and alcohol does not carry as much risk as smog. Instead, epidemiologists have defined smog down, and now claim reductions in small micron particulate matter (PM2.5) are just as harmful as real smog, even though there is no scientific evidence that particles which can't even be detected without an electron microscope are harmful, much less killing people.

(4) Lifestyle choices, like smoking, alcohol, and obesity, make up almost all the rest. A scant 4 percent of cancers are caused by things the Harvard School of Public Health, IARC, and the US National Instituted of Environmental Health Studies try to scare people about, like trace chemicals. And all at high doses.

(5) His nom de plume was Hammerin' Hank, as was mine as a kid, though mine was for different reasons: it was due to baseball homerun king Hank Aaron of the Atlanta Braves. Though revisionists today insist a few instances of racism against Hank Aaron meant the same culture that gave us the well-regarded "All In The Family" and "The Jeffersons" was all super racist, in reality if you were a kid named Henry in the south, you were going to be called Hammerin' Hank. Because everyone who did not get into New York Times stories for being racist loved Hank Aaron.
Science 2.0
More Articles All Articles
About