E-Waste Is Declining, Government Needs To Change Laws To Keep Up - And Get Out Of The Recycling Business
By Hank Campbell | December 3rd 2020 01:18 PM | Print | E-mail

Hank Campbell
When your Xbox is a gaming console and a 4K Blu-Ray player, you don't need two devices, and when your phone is a camera and a video recorder, there are two fewer things to buy - and eventually throw away.

As smart devices have become more integrated, and more commodities like a dishwasher than technology events, people own fewer things and keep them longer. That means less electronic waste. Yet the story we get from environmental groups is that e-waste is the fastest growing material pollution and only donations to lawyer-run groups can stop it.

It's not true, as a recent paper shows. E-waste has been in decline. And it's safer for the environment than ever. Which means if government gets out of the way, it can improve even more. 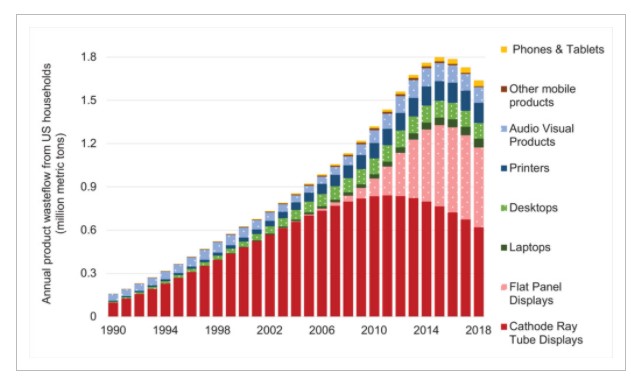 A decade ago, lead and mercury in cathode-ray computer monitors being thrown out led to concerns that the environment would be impacted. Lobbyists got their allies in government involved and instead of private sector recycling we got shockingly inefficient government recycling. Today, 80 percent of items governments list as recyclable and thrown into blue bins can't be recycled, it just goes into landfills. In states like California the landfills are in China, increasing the cost even more.(1) Worse, half of U.S. states mandate government recycling, making it impossible for the private sector to recapture the cobalt (lithium-ion batteries), indium (flat-panel displays) and other rare elements in new devices that instead need to be mined while government stores them, under the assumption that all modern electronics are leaching toxic materials the way government-mandated CFL bulbs now are.

"The e-waste recycling system is somewhat backwards-looking," says Professor Callie Babbitt of Rochester Institute of Technology, co-author of a new paper showing that electronic waste has been declining since 2015, but government thinking in terms of mass is all wrong. Because if mass is the goal, government will miss its own targets and face lawsuits from sue-and-settle environmental groups like Natural Resources Defense Council despite modern waste not being toxic. Their material flow analysis involved taking apart dozens of digital devices to determine the amount of rare earth elements. Then they used data on amounts discarded to give an idea how much mining could be saved if a real recycling program existed, rather than an environmental placebo.

The authors believe a federal regulation is better than the current state ones, but in reality the best solution is to get government out of recycling entirely.

(1) When I wrote about this in 2013, the top export from California, the home of Silicon Valley technology, was still technology, but right behind it was piles of garbage so high Chinese workers who had accidents never have their bodies recovered. Which means peope in the US are paying taxes to government employees to gather garbage and do paperwork, and then paying more taxes to fund private companies to get it sent to the other side of the world, while we pretend it's been recycled. 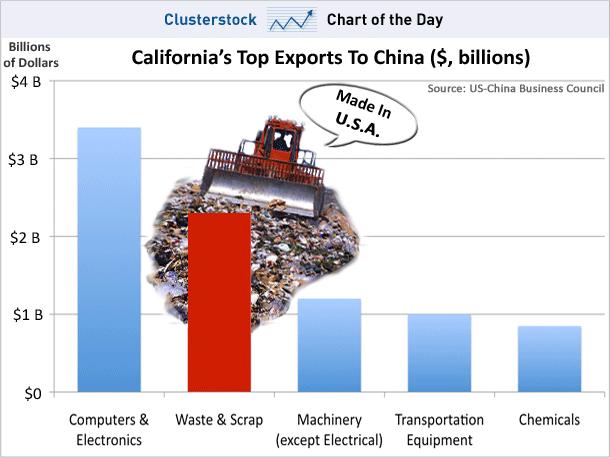