Hank Campbell
Data from 110 counties in 33 states from 1998 to 2014 has found that brute preservation efforts, the 'nature cannot be touched by humans' kind promoted by aggressive environmental groups, leads to more greenhouse gas emissions.

The original conservationists regarded our land as a resource we all should be concerned about and steward properly; we can't live without food, but tearing down all of nature to grow food is harmful, so scientists have optimized food production to where we grow more food using less land, less water, less energy, and less environmental strain than ever. As a result, we now have more unused land(1) in the United States than Africa, the world's second largest continent.

Energy is also a basic need, and Americans are great about conserving it. That and natural gas are two reasons we have some of the cleanest air in the world, even if you  use an electron microscope and focus on small micron particulate matter, PM2.5. Our emissions are so good we were able to cancel the Clean Power Plan before it went into effect - the private sector beat 2025 requirements in 2017.

But we could do even better if we used nature there as well also, as we used to, with hydropower - dams. Environmentalists used to love both hydroelectric power and natural gas, at least until they became popular. Their constant need for profit means they often have to cynically turn on programs they once promoted. Environmentalists are against nuclear, they are against dams, they are against natural gas. That leaves coal, because anyone who tells you solar is viable without subsidies is selling you something. And wind is a gimmick for beer commercials, it will never be a realistic power supply. 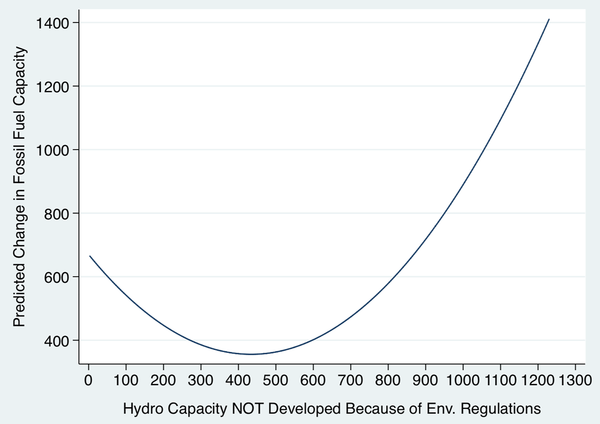 
A new study found that every megawatt we were forced to use because environments block new hydropower added 1,400 tons of CO2, the persistent greenhouse gas that environmentalists also claim to oppose, into the air. Activists got what they wanted, no changes in wilderness or wildlife but environmental regulations forced us to replace hydropower with fossil-fuels. Natural gas is great but it is not as clean as hydroelectric.

There are always trade-offs in a modern society, but don't let the eugenics principles behind the environmental movement tell you that poor people freezing to death or starving is a reasonable trade-off in order to keep nature the way it was when Malthus first proposed it was time to start letting people die.

(1) We own that land, you and I. We are all public land owners. Government does not own it, environmentalists should not use lobbyists and trial lawyers to control it.
Science 2.0
More Articles All Articles
About