Hank Campbell
March For Science, an offshoot of Women's March, gave itself a positive name in 2017 but its motivations were not about science at all. It was about social authoritarianism and promoting a political agenda. And at the top of that agenda was being anti-Trump in much the same way the same groups eight and 12 and 16 years earlier were ant-Bush.

But things may be different in 2018. A lot of the more culturally militant people have quit or been (ironically) marginalized because the science community sees the real opportunity for gain - if they can apply pressure while also being part of a solution. 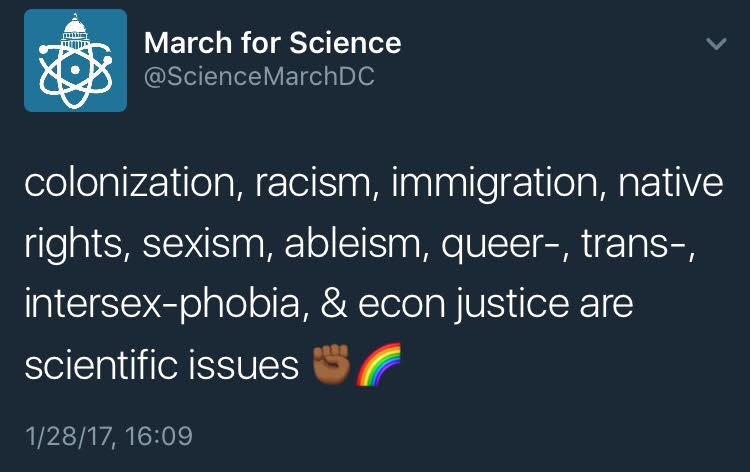 And instead being more positive. AAAS is taking a leadership role, so that seems good, but that group brings its own optics problem. Their leader, Rush Holt, is a former Democratic politician. When is the last time they weren't run by a Democratic politician? Yes, Dr. Holt is a lot more credible than Doomsday Prophet Dr. John Holdren, certainly the wackiest person to ever run AAAS, but if you look at their speaker page there is not a single non-Democrat to be found.

They instead seem to be signaling to marchers that science is primarily Democrats and environmental groups. Certainly statistics bear that out in academia, and that makes sense - if you are reliant on government to feed your family, you are going to vote for people who want more government. And surveys show that academics do intentionally block out anyone they believe might secretly be a conservative. Yet they are (ironically) marginalizing most scientists and 66 percent of science funding by framing science as being done in academia. Nature Conservancy is a fine group, certainly better than the eco-terrorists and Greenpeace and NRDC and CSPI and organic trade groups who had hijacked it last year, but in the name of diversity why wouldn't they ask American Council on Science and Health or Science 2.0 or other apolitical groups to be involved? Instead, it looks like they just wanted progressive big names. And the big money that comes with involving Democrats.

Exactly the sort of thing that science should not be tainted with.

Except it is. This fairly innocuous tweet saying that science is empirical got a few hundred likes but then over 10,000 people telling me what a stupid hatemonger I was, that I should "stay in my lane" and various other condemnations. Is it any wonder scientists don't want to be on social media? Or in any media at all? 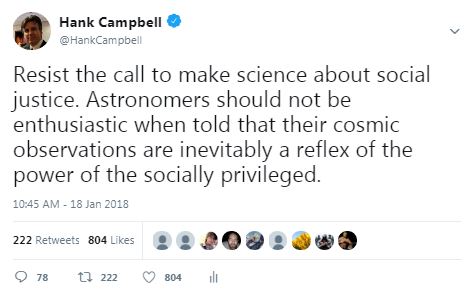 The Washington Post (naturally) dutifully engaged the people vilifying me to write an article about the controversy - because Washington Post does little journalism, they instead write about stuff happening on Twitter - and how stupid white men were unable to grasp kernels of postmodernism like this knucklehead:

Being hijacked by loud people who care little for science unless they can cram it through the grinder of their belief system is why the march faces an existential threat. From itself. And they don't seem to realize it. If your Twitter feed is anti-EPA posts (now that a Republican is in the White House) interspersed with how "indigenous" knowledge is awesome, and equal pay is necessary, then you are not talking about science. Science is a meritocracy, you cannot mandate equal outcomes. If you force a science study to include beliefs of people, it is not science.

At the American Council on Science and Health, Dr. Alex Berezow addresses how the march organizers don't want true diversity - they seem to want primarily want photo ops of women, LGBTQ marchers and people of color against Trump - they don't even want any science beyond the science that Democrats accept. And the only science Democrats accept (outside statistical wobble) more than Republicans is climate change. They refuse to answer any questions on advocacy for agriculture, medicine, energy and chemicals. Democrats are all far more likely to scaremonger those.

He's not even worthy of getting a reply, despite the fact that he writes for Wall Street Journal, Economist, USA Today and many more publications. And is a scientist.

Maybe he doesn't check off the right boxes for virtue signaling. Maybe independent science groups, rather than wealthy institutions like AAAS and Nature Conservancy, don't bring enough money to deserve a reply.

Maybe it's not about science.

To test and see how much of this year's march will be about science and not just about hatred of capitalism and political dog whistling, I will wear a shirt I hypothesize will be unpopular. But if I was really at a science march, people would laugh and ask me where to buy it. 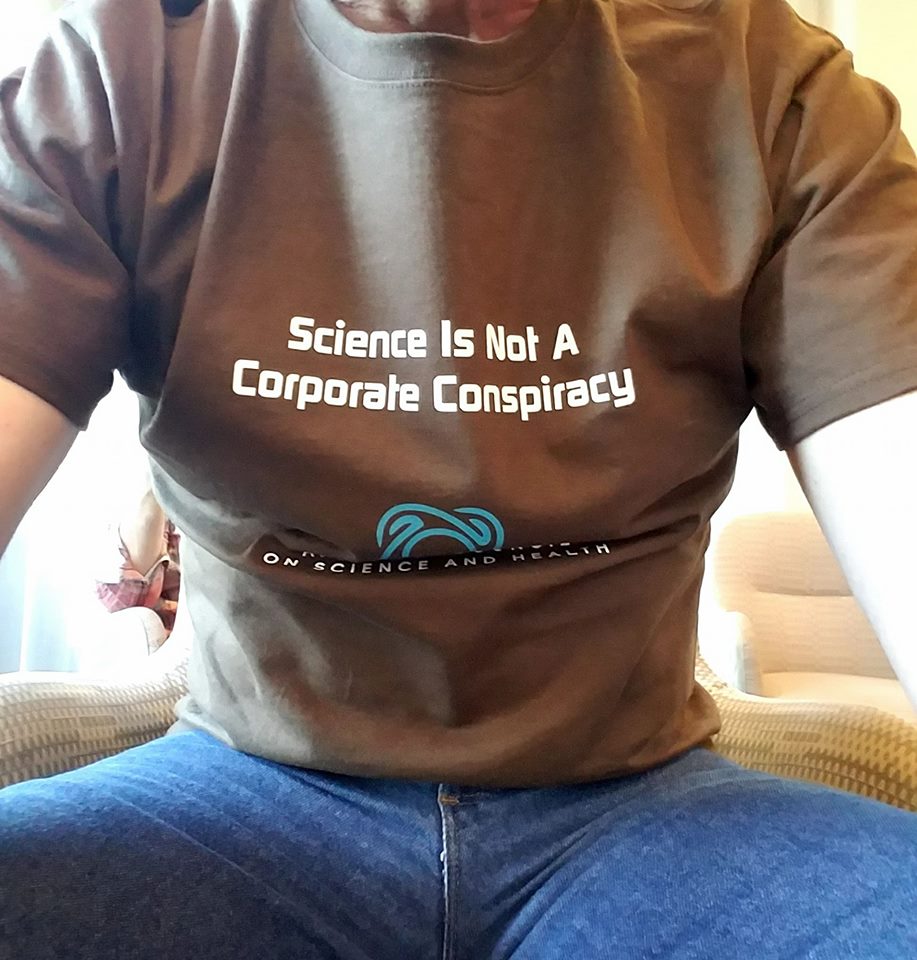