Don’t be alarmed, mice are not little people so a mouse study can only ever disqualify an effect, it can never show one in humans. Mice studies (and epidemiology) are termed "exploratory" because they can only suggest a link and will need relevant study before they can relate to humans, regardless what Huffington Post or Guardian may forget to note in their articles.

What is intriguing is that these researchers go after omega-6 fatty acids, a polyunsaturated fat found in vegetable oil and nuts that became the Mediterranean Diet rage when meat and dairy products were “suggested” to be bad for health based on, you guessed it, epidemiology and mouse studies. The American Heart Association recommends that humans eat 95 percent plant-based foods that contain omega-6 fatty acids. And it's intriguing that despite the study being in mice, the university talks about humans in the first paragraph, and takes a poke at cannabinoids too. 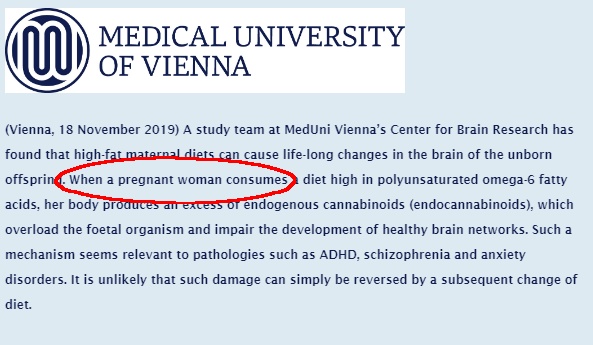 Mice are not little people, they are mice - read every mouse study with skepticism

A tiny group of mice was fed an obesity diet with 15X as much omega-6 long-chain polyunsaturated fatty acids (ω-6 PUFAs) as normal food. They then noted that on this absurd diet both mother and child produced an excess of endogenous cannabinoids.  Though cannabinoids are thrown around a lot day because of the marijuana-as-medicine fad (and in the case of vaping, real harm from hucksters selling CBD oil with potentially toxic products), it is usually the case that health fads blossom from a kernel of science. In this case, the science is that endogenous cannabinoids are a natural part of the brain's communication system and when they bind to cannabinoid receptors they can reduce neuron response.

In young brains, too much  endogenous cannabinoidinterference will limit connections and could impact development - and they say that even if it occurs in pregnant mothers it will be passed through to the babies. That is why the paper is provocative to Europeans and Americans who have flocked to the Mediterranean Diet.

But the study is not just in mice, it is in a tiny number of mice. 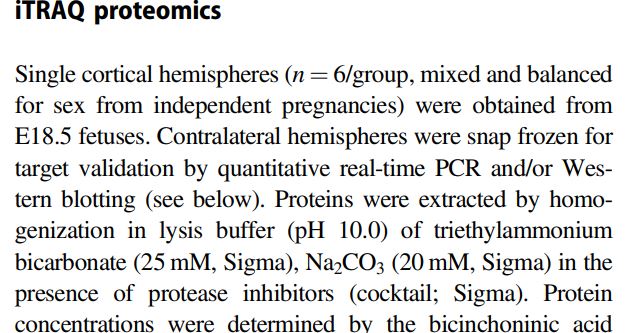 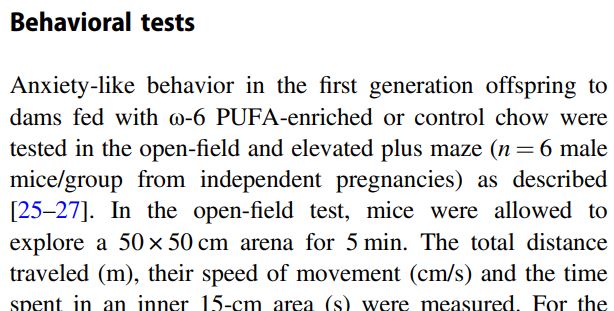 There is nothing wrong with exploratory studies of course, but both mouse studies and epidemiology have become self-abused by insiders who claim statistical significance means it is solid science. From the National Institute of Environmental Health Sciences to Harvard School of Public Health to IARC, hazard and risk have become intentionally conflated and the addition of "correlation" and effects in mice have made it open season on the public.

Some of the funding for this came from the Novo Nordisk pharmaceutical company, which unsurprisingly makes products targeting diet-related diseases. Obviously I am not suggesting these researchers are being bought off, academic scholars are no less ethical than their private-sector counterparts, but funding may explain why university PIO groups put “women” in the first paragraph when the study has no human relevance.

Should you not eat a high calorie diet laden with 15X as much omega-6 as you would normally get? Of course you should not. Like any diet, it is the calories that are most important, there are no magical foods, any more than it is science that NIEHS promotes the organic process. Meat in moderation is perfectly fine, regardless of whatever fad American Heart Association embraces in the upcoming decade, and the Mediterranean Diet is fine too, just don't delude yourself that because it's in diet books and on The Dr. Oz Show that the calories don't matter.
Science 2.0
More Articles All Articles
About