Pierce Brosnan Is Why The Science Community Should Boycott The Breakthrough Prize Foundation Ceremony On National Geographic
By Hank Campbell | October 17th 2018 08:33 AM | Print | E-mail

The funders certainly have the money to do positive things; the backers are Sergey Brin and his ex-wife Anne Wojcicki, which means Google cash, plus Mark Zuckerberg and Priscilla Chan, which means Facebook money, and more. I think $3 million prizes are a great reward for doing solid work so I have applauded them for that. We have even attended meetings.

My only issue is with Pierce Brosnan. Would GlaxoSmithKline hire Robert De Niro to host an award ceremony on vaccine research? Would Unilever hire Gwyneth Paltrow for an award on food science? That would be equivalent to what the Breakthrough Prize is doing by bringing in Brosnan. Having someone pretend he cares about science, or worse, giving him the opportunity to spout his conspiracy theories about the science community, is a bad look for an organization that was created to venerate progress. 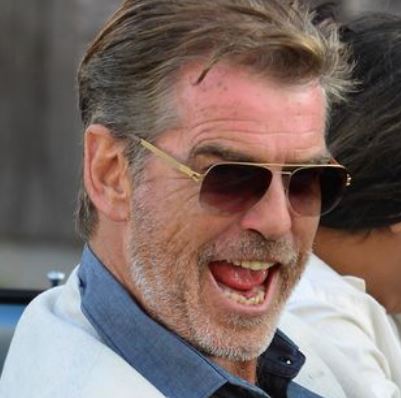 Brosnan is not a fan of science, he is a modern-day Luddite opposed to it. He is so opposed to it he has personally financed and promoted a "documentary" called "Poisoning Paradise," which is full of trial lawyers and their clients aimed squarely at suing science companies in Hawaii. I wrote about this film before, because I was on a film panel in Geneva where, because I disputed the bizarre conspiracy claims in it, the other participants, one of whom is even a litigant featured in the movie, were allowed to slander me. Though there were three different cameras filming the proceeding, the International Film Festival and Forum on Human Rights has refused to send me the video footage of Laurent Gaberell, who works for an anti-science group called Swiss Public Eye, lying about me and claiming I am a shill for chemical companies. Swiss Public Eye was a funder of the event, so perhaps money rules in Switzerland and they want to protect their client. You can write him and ask at laurent.gaberell@publiceye.ch but he will not reply. Their organization claims to care about transparency, but they refuse to answer any questions about themselves.

Perhaps Brosnan also believes that money rules in America, and it may be why he believes that Hawaiians, despite having the highest life expectancy in the U.S., are being killed by science while scientists are being bought off to vehemently object to his claim. Except money does not rule. I can't get five scientists to agree on lunch, how could anyone get hundreds of thousands to commit to a conspiracy for a company? And if scientists are so easily bought off, how is that just one energy company, Exxon, with five times as much revenue as the entire world pesticide market combined, can't buy off anyone about global warming?

I wrote Breakthrough Prize's representative to ask how much Brosnan was being paid to host the award. They did not respond. Maybe in addition to his fee he hopes to "buy" legitimacy in the science community for his conspiracy theories by appearing in front of people who should know better.

I am a big believer in separating personal beliefs from professional work. I won't throw out "Goldeneye" any more than I'd boycott "Godfather II" or "Shakespeare In Love." But I am including the links to the award presentation below specifically in hopes that if you care about science, you will boycott Pierce Brosnan's appearance and spread the word. That will send a message: "Mamma Mia!" was a fun movie, but costing poor people their lives and livelihood by forcing them into famine and poverty is no laughing matter. The organic movement is fine for the Agricultural 1% and rich, white people who can afford it, but it is a death sentence in developing nations.