Hank Campbell
Genetic admixture didn't begin in the 1970s, when insulin became the first government approved genetically modified organism (GMO) and AquAdvantage salmon, where an Atlantic salmon expresses a natural gene from a Chinook salmon to grow faster, certainly was not the first time such genetic engineering showed benefits across the ecosystem.

A new study finds that genetic admixture occurred in polar bears 100,000 years, but it did not create Frankenbears, it just created better brown bears.

DNA from the skull of an ancient polar bear found in Alaska was used to create a paleogenome and it revealed that ancient genetic admixture resulted in modern brown bears having 10 percent of their genomes in common with the polar bear ancestor. Nature was doing genetic engineering long before the 20th century. 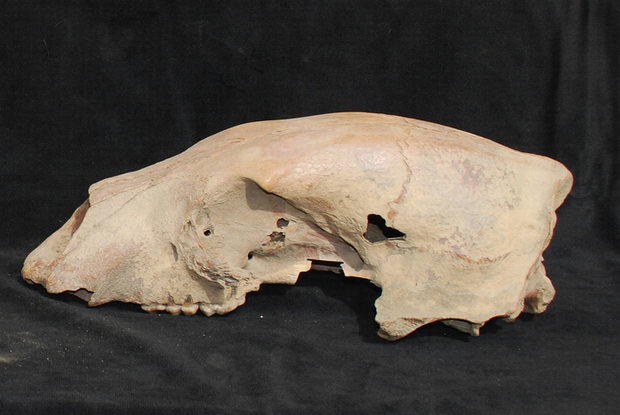 What is interesting is not just that it adds a more ancient form of genetic hybrids, it is known the species can mate, but that the mixed individuals only seemed to survive as brown bears. They found gene flow from brown bears into the ancient polar bear, nicknamed Bruno, but that admixture is lacking in polar bears now. Speculation is that not being completely white made it difficult to hunt so polar bears remain a small population, even after 500,000 years as their own species.

We're not seeing climate changes as occurred interglacial period in the Pleistocene, we don't have polar bears visiting Ireland, but if seas do rise these admixtures could become more common. The authors note that finding the ancient skull, the only one of that age from North America, was just good luck. They were walking along some coast of the Beaufort Sea and just found it. Since most polar bears live and die at sea it was good fortune, and now adds some insight into how nature interacted then.