Hank Campbell
A new paper in the journal Early Human Development hopes to use the infant form of the Body Mass Index(BMI) to predict future heart disease.

BMI is famous by now and has been used by government guidance bodies since the 1980s. It was invented nearly 200 years ago but, like homeopathy from the same period, somehow remains dogma to a few. It's a simple math calculation that takes into account height and weight. If you want to calculate yours, multiply your weight by 703 and then divide that by your height squared - (weight x 703)/(height in inches x height in inches).(1)

That is with adults. You can't do it with growing kids.

Growth patterns for babies use something that acts a little like BMI, called a Ponderal Index (PI), which came into existence a hundred years later than BMI but the concept is the same. This newer name for Corpulence Index (also called Rohrer's Index, after the physician who came up with it) uses the metric system and the third power of body height rather than the second power as BMI does. In infants, it is more predictive because it can differentiate babies born small because of genetics from those who are below what should be their healthy size for other reasons. 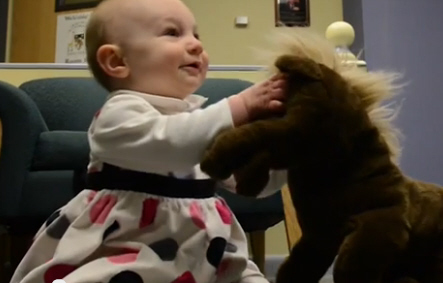 In a new paper on heart disease risk, instead of high BMI, the concern is low PI - where height and weight are out of sync the other way. To flesh out their concern, a team looked at 379 teens (ages 14-18) and found that a low PI had a greater association with an increase in the size of the major pumping chamber of the heart, the left ventricle, a risk factor for future heart disease.

This could be dismissed as shaky epidemiology - scaring parents about a risk factor for a risk factor in kids based on a small non-representative sample - but the thinking is sound.  Animal studies suggest a link between low weight and cardiovascular disease. What they do with it in the way of editorializing undermines their argument. They invoke animal studies and the black box of epigenetics to support their epidemiological case, which makes the science community a little crazy. Animal studies are exploratory just like epidemiology, they still need to be validated by science, so putting them together does not make it science unless you can create clear weight of evidence, as happened with smoking. alcohol, and PM10 smog. They only used a tiny sample of black and white kids in Augusta, Georgia. All to tell moms what they already knew - don't smoke, don't get drunk while pregnant, eat a sensible diet.

We don't need another study to tell us that after decades of data, we could do that with bumper stickers on cars. What parents, especially mothers, do need, with so much scaremongering about food and chemicals and products on social media, is common-sense guidance and less conflating of hazard and risk. A glass of wine by a pregnant mother has never caused fetal alcohol syndrome so preaching abstinence only is not evidence-based but listeria can cross the placental barrier so avoiding sushi during pregnancy is a good idea. Yet even then it can only be guidance. Plenty of Japanese pregnant women eat sushi and don't have more birth defects. Still, your baby is your baby, what population statistics say is irrelevant. Mothers should have real information, not scaremongering about every product out there.

Poor in utero growth is associated with clinical outcomes but we shouldn't support speculation in press releases to drum up media attention for small correlation papers. It opens the door to every Fred Vom Saal-created chemophobe, every anti-vaccine huckster, and every organic food trade group trying to claim whatever their fundraising cause du jour is leads to heart disease and their competitors must be stopped. Because IT'S FOR THE KIDS.

Moms are already among the most targeted and patronized groups out there. We could do with a lot less of that in popular culture too.

(1) As an Army officer during the Reagan administration I was 6'2" and 165 lbs. But officers who looked more like Arnold Schwarzenegger were constantly on the cusp of being penalized because their BMI was too high and government then, as now, loved to jam individuals into population level statistics. So 'healthy' meant soldiers with the physique you'd find in honor guards at Arlington but not soldiers who can often be better combat soldiers. The problem is obvious, muscle weighs more than fat. Today, half of people who are "overweight" using the BMI epidemiological version of an actuarial table will not develop any adverse health outcome due to that, while a third of people who are healthy on a BMI chart that an insurance company would create will still adverse health issues. That's not clinical relevance, it is too many false positives and false negatives, something PI does much less.

Obviously doctors with a clue don't use BMI as anything more than a starting point, but they could also do that by simply looking at a patient. The reason they don't do that is because using an important sounding metric like BMI lets it appear more objective rather than "fat shaming", which would get them reviled on Twitter. Doctors recognize a thin smoker is at far greater risk for early mortality than a BMI "overweight" person who exercises and doesn't drink alcohol or smoke.
Science 2.0
More Articles All Articles
About