After a successful Women's March to protest statements made by President Donald Trump about women in 2005, and other issues, a group of science advocates got the idea for a similar "Science March" to protest the President's restriction on use of social media by the Environmental Protection Agency. And ostensibly to support science.

More on supporting science in a moment, but first the EPA. It is a special animal. While we have often applauded the work of career scientists there, it has become increasingly known in the last two decades that there are "two EPAs." One has been doing solid, methodical work behind the scenes while another has been used to create laws circumventing Congress - by implementing regulations that act as laws - and in violation of President Clinton's Unfunded Mandates Reform Act of 1995, which prevents onerous regulations that would add a lot of costs without showing how they'd be funded.

On social media, the EPA had also been out of control. The General Accounting Office determined in 2015 that they were using it to engage in "propaganda" when advocating their new regulations, in that case The Clean Water Rule and its "Waters of the United States" verbiage which was written with the help of environmental activists, a worrisome trend during the Obama years. 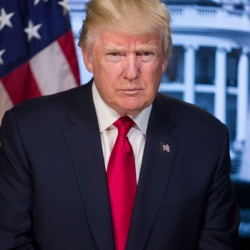 Given all that, not to mention overruling scientists on Yucca Mountain, the Deepwater Horizon oil spill, Keystone XL, and more, it seems strange that some activists worry the incoming President will be any more anti-science than the last. The reality is presidents embrace science when it agrees with policy.

As president, people can protest all they want and pretend it isn't just partisan politics, but there remain only two ways to truly show you are for science or against it: Funding and who is placed in positions of power. Since funding will be an unknown until this time next year, I decided to take a look at his recent picks for departments so far. And as a bonus I included one hypothetical.

You can let me know what you think of my assessments in the comments.

Health and Human Services - The position of HHS Secretary is often given to party loyalists with little or no relevant expertise in health care policy, but President Trump instead chose Dr. Tom Price, a medical doctor and Congressman. Dr. Price recognizes that the Affordable Care Act needs to be fixed, a necessary reality in 2017. This office also oversees the Food and Drug Administration and the Centers for Disease Control and Prevention. Given the attention the opioid crisis has gotten, along with concerns in the science and health community that the CDC has been too aggressive in promoting crises to lobby for funding about, there are a number of challenges that Secretary Price faces beyond health insurance.

His critics tried to drum up controversy, noting that Dr. Price has been affiliated with an organization that has been critical of mandatory vaccines and also some essential ones. However, in Senate testimony, he unequivocally rejected them and embraced evidence-based medicine.

National Institutes of Health - There was almost no way to lose here. While Dr. Francis Collins is staying on in his current role, and he has done an excellent job, many of the other candidate names floated were also quality choices. There are challenges, to be sure. Funding for the NIH fell during the Obama Presidency, especially when compared to nearly doubling during the Bush years, and the life sciences are hopeful the Trump administration will make up lost ground.

Environmental Protection Agency - On its science findings, the EPA can be terrific, but the accusation by critics has been that they have been picking political goals first, and gathering data later. As mentioned above, the EPA's “Waters of the United States" rule, where private ponds and creeks can be defined as “navigable waters” that fall under the EPA’s jurisdiction, remains mired in the courts, while pollution experts argue that its mandates on emissions were made using narrow data and ignoring studies which showed pollution is not causing any acute deaths in the U.S.

The EPA needs to return to being a data-gathering agency that recommends policies to elected officials and less of an unassailable oligarchy that skirts around Congress by issuing green decrees.

Oklahoma Attorney General Scott Pruitt successfully challenged EPA rulings on scientific grounds, while acknowledging that the office has an important role to play in regulating pollution, including carbon dioxide. The challenge will be convincing lawmakers and the public that EPA is again evidence-based and making decisions to protect the long-term health of all Americans, rather than, as critics claim, used as a way to pass laws without involving Congress.

Tasking someone who has defeated EPA with reforming its work is a bold move, but it won't be easy taming this bureaucratic leviathan or undoing the carefully groomed relationships anti-science groups have created with career bureaucrats who remain there and will work to take him down.

Department of Energy - Former Texas Governor Rick Perry has been tapped to head a department that he once said should be eliminated. However, he later admitted he was wrong – a rare trait in a politician. While many states floundered with the low GDP of the last eight years, Texas did well, and that was because of energy production. Instead of embracing that, the Obama administration too often used this department to subsidize his belief in the alternative energy industry. Solyndra, which went bankrupt and cost taxpayers $535 million, is just one example. Tens of billions of dollars were squandered because the Obama administration subsidized corporations to compete with cheap Chinese labor on solar panels, or promoted wind, which hasn't been a viable large-scale solution in the last 700 years and isn't now.

To be successful, Gov. Perry should redirect funds away from corporate subsidies and back to basic research in alternative energy. As a bridge to a pollution-free future, he should encourage the development of America’s natural gas resources which, if done with proper regulatory oversight, will reduce greenhouse gas emissions even farther than it has. Smart natural gas extraction will increase our country’s energy independence and poke Vladimir Putin in the eye, since evidence has shown that the Russians were manipulating environmental activists to prevent America from attaining energy independence and being an energy exporter.

Agriculture Secretary - Though media wasn't sure what to make of former Georgia Governor Sonny Perdue, the agriculture community is happy with President Trump's selection. His experience in governance, and as both a farmer and an owner of an agriculture trade company, gives him insight into the real world of food production that most officials lack. One looming challenge: The US Department of Agriculture created a niche advisory panel on organic food, the National Organic Standards Board, decades ago, but as the marketing clout of organic food has increased, they have sought to undermine conventional agriculture. USDA administrators have requested that organic standards be brought back under their direct control, since it is now a $100 billion Big Ag industry in its own right, but lobbyists have held them off so far. Perdue will need to deal with that challenge and curb abuses of farmers and food by anti-science activists funded by organic company marketing departments.

Science "Czar" - That's the colloquial name for the Director of the Office of Science and Technology Policy. Like many of the other choices, this has been the subject of speculation and concern in science media, but despite the name it actually has no real control over science or funding. It is not a Cabinet post but was created by Congress. The Science Czar is one of dozens of such advisors Presidents can have (President Obama had 38, President Clinton only 8), but because Congress can require the OSTP Director to testify, President Trump's choice will not be part of the inner circle.

However, this selection does affect the perception of the scientific credibility of the administration even if it doesn't have a great deal of influence beyond briefings. President Obama's Science Czar, Dr. John Holdren, wrote a controversial book with Dr. Paul Ehrlich, of "Population Bomb" fame, which argued that America could not feed a population of 280 million by 2040 (we have over 320 million right now, 25 percent of them obese due to so much food) and that Draconian eugenics measures might need to be put in place to cull humanity. Yet the President did not press to have the Hyde Amendment, which bans the use of federal money for abortions, rescinded just because Holdren was advising him. It still made the former President look bad by association, even among fellow Democrats.

Who it will be is speculation at this point, President Bush didn't didn't have one for his first eight months while Holdren got a unanimous vote, though not until two months after President Obama had been in office, but what is known is that President Trump should select a scientifically well-rounded scientist whose views are based in reality. A number of quality names have been put forth, including members of the American Council on Science and Health Board of Scientific Advisors.

Conclusion: When it comes to science and health, someone has clearly thought about these nominees, and they are also in line with the stated goals that got the President elected. These selections are certainly not anti-science, unless you are framing science through political or social goals.

If we are going to continue to make progress, we need to make sure the political blinders are taken off so we can recognize there is a world of difference between being opposed to science and being opposed to excessive regulation. One can accept the former while fixing the latter.  Let's hope we get a bit of both.