Hank Campbell
When e-cigarettes - vaping - began to gain in popularity in the early part of this decade, critics like Dr. Stan Glantz at UC San Francisco claimed they were only going to be used in addition to cigarettes, so risk reduction and smoking cessation would not happen.

Former smokers dismissed both him and his Johnson  & Johnson funding - they make nicotine patches that compete with vaping - as a little too convenient, and data since has shown his claims were unfounded.

A new study under the International Tobacco Control Policy Evaluation (ITC) project found that among New Zealand young people vaping was obviously happening - in 2015 I began to warn that by the U.S. CFC hyping it to get more funding they'd set off a "Reefer Madness"-style fad - but more importantly it is smokers who quit or are trying. 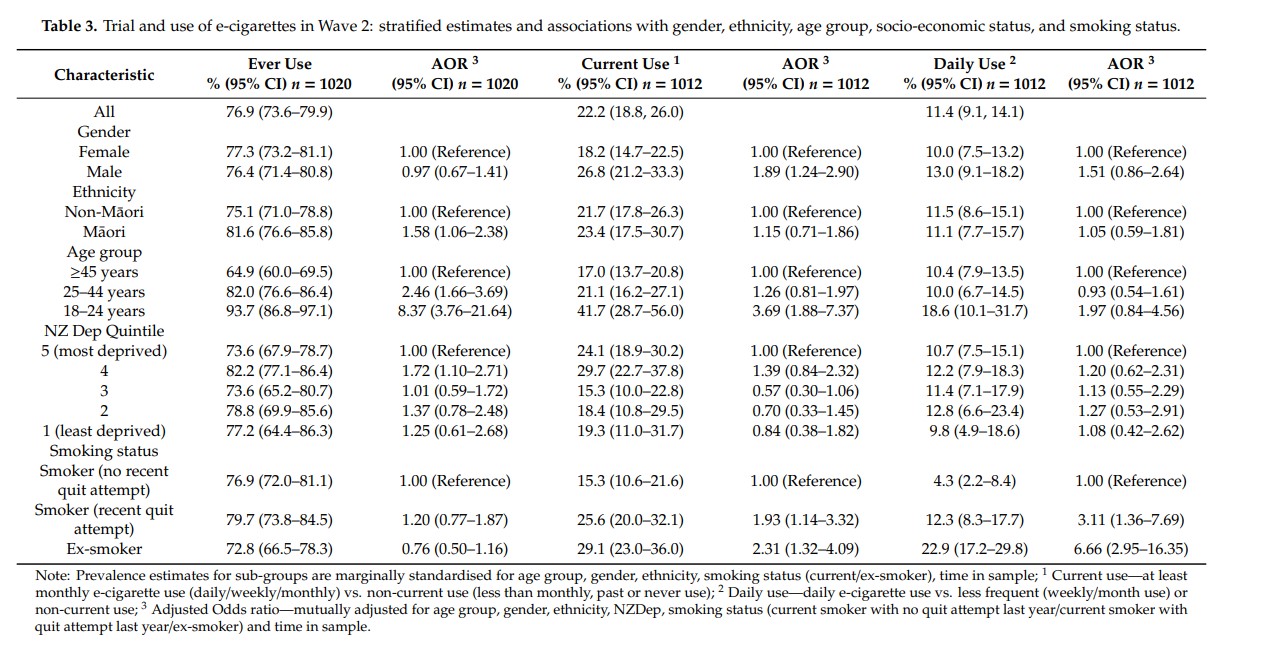 Nicotine naive people who then migrate to smoking are basically nonexistent so it's okay if some young people do it as a fad because young people who would've smoked in the past now won't suffer those health effects. We've already seen that smoking curve going down. If Sweden, where snus is a popular replacement for smoking, is any indication, our health system will see a real cost benefit from vaping in 20 years. Sweden has lung cancer rates far below Europe, where 'quit or die' posturing is the norm.

So for people who believe that nicotine is the problem because it's addictive and therefore will cause smoking, there is bad news. It does not not cause smoking, any more than a glass of wine creates blended whiskey drinkers. For those of us who care about public health, the news is good.

Among current or smokers, 22 percent were using them monthly while 11 percent used them daily.

That doesn't sound like a lot but 11 or 22 percent is actually terrific when we remember that 10 percent of smokers will develop lung cancer while even more will suffer other related diseases. Nicotine replacement may mean hundreds of thousands of lives saved. Vaping is twice as successful as patches and gums (which have only slightly more success than hypnosis), so such smoking cessation and harm reduction, coupled with continued awareness of the dangers of what remains the world's largest lifestyle mortality cause, will mean more people are living healthier for longer.

COVID-19 has brought new awareness to the idea that everyone matters. People who used to dismiss vaccines are now demanding one, and that means there can be new compassion for smokers as well, which is a much different cultural maturity than we had years ago, when there were calls to ban vaping, which meant we wanted more to die from cigarettes.
Science 2.0
More Articles All Articles
About