Hank Campbell
While it is said that around six percent of voting Americans decide elections - the truly undecided - it is more the case that getting out the vote among your own party matters most. That is why political parties will drive their own to polling places while telling the other side the date of the election has been changed.

Dirty tricks are the exceptions. To win, you have to mobilize the base and get them to vote for your side. That has always meant using media. In 2008, it meant a new kind; social media. Historians will note that Republican Senator John McCain lost in large part because he adhered to campaign finance reform rule limits that had his name on them - which limited him to public financing - while Democratic Senator Obama outspent him two to one because he could take unlimited PAC money. But that is not the real reason. In 2020, former New York City Mayor Mike Bloomberg spent as much during the Democratic primary as McCain spent during the whole election and got one delegate. In a primary.

Messaging still counts and Senator Obama had a great message. He also had a crew that understood social media in a way that Republicans didn't get until 2016. They used it to appeal to people who were a lot less inclined to vote and got them to do so and won easily. They could target people far more precisely than radio and television. 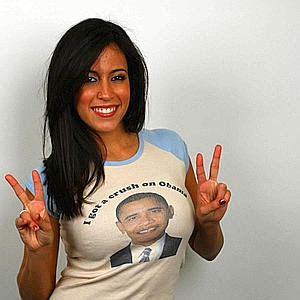 Amber Lee Ettinger in the "Crush on Obama" video was not a spontaneous rush to embrace the Democratic nominee, as media claimed, she was paid by a political channel - except one on YouTube. But social media were still new enough it looked less cynical than it would in 2020. Image: Amber Lee Ettinger.

That focus on social media continues today - most candidates won't be able to outspend their opponent 2:1 like Senator Obama could. Instead, most outlier candidates battling incumbents will be poor. For them, social media allows a way to reduce the impact of financial inequities. And they make the most of it. They make no pretense of going after anything except their base. A new analysis finds that ads on social media like Facebook are not trying to sway undecided people. They are getting their side amped up to vote. That means they are less negative than television ads, which appeal to an older demographic and cannot target their audience as precisely. The downside to social media is it optimizes itself based on your likes and dislikes, so if you prefer news about low taxes, you are a conservative, police reform, probably a libertarian, etc. It creates insular thinking. The upside is the bang for the buck in targeting is not intangible, like print media used to be, it can be quantified in many ways. 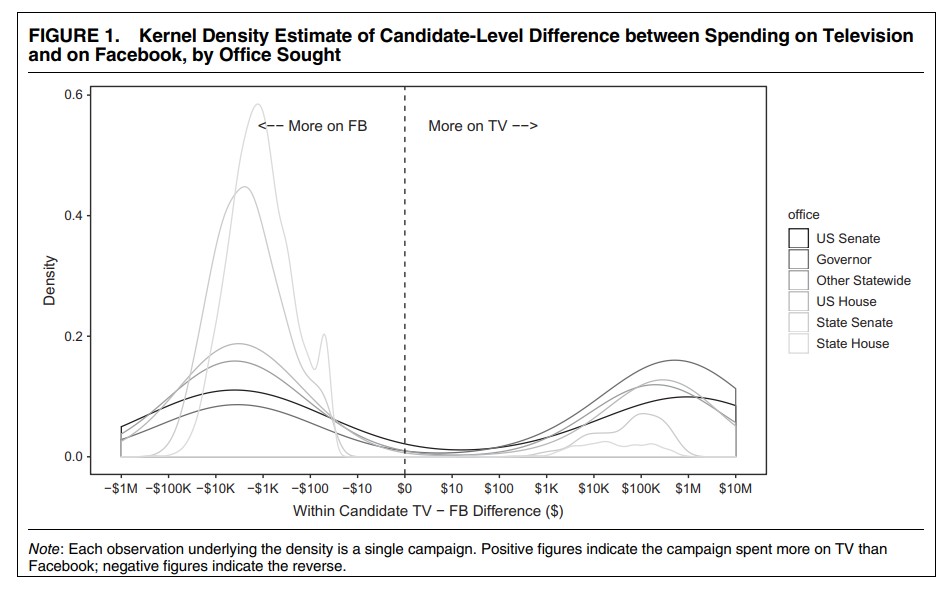 Smart social media spending allowed Rep. Alexandria Ocasio-Cortez to win against an entrenched incumbent. It also led to stints in Congress for someone with worrisome concerns of anti-Semitism and another whose predilection for abuse of power when it came to sexual favors led to a resignation a short time later.  So it can create positive outcomes or negative but it can create outcomes. That is why it has become the key to victory.

The analysis found that of almost 7,300 2018 political campaigns, 6,000 only advertised on Facebook while only a relative pittance, 242, used televisions ads exclusively. It could be different for various PACs, obviously, they may be both more common on television and more negative.

It can't be just cost, politics can be an expensive business even for a school board seat, but the value of social media will continue to eat into legacy outlets like television. That social media campaigns are less negative than TV ads may be the best outcome of all.
Science 2.0
More Articles All Articles
About