Hank Campbell
In 2015, I predicted that someone was going to end up in the hospital due to overdoses on supplements.

But don't you always say they are useless placebos? a friend asked.

Vitamin D has been all the rage for the last decade but that was no surprise. Every vitamin has to be touted as a miracle product at some point if we're going to keep those bottles flying off shelves, but it really started to catch fire among the Gary Null/naturopath crowd in 2014. By 2015 the American Academy of Orthopaedic Surgeons was even capitalizing on the NCAA Tournament by asking if Vitamin D levels might be why your team did not get in the Final Four, which was either their way of suggesting that is the case or they think the American public is that stupid. (1)

Due to shameless plugs like that I predicted that someone would end up with dangerous levels of blood calcium and then we would get a year's worth of journalists flipping to the other side and telling us Big Vitamin was out to kill us all. While if you live in the Bronx you may not get a lot of vitamin D in the winter, and vitamin D is important (it's why food is fortified with it) the fact that food is fortified is why you don't need a supplement unless a doctor (a real doctor, not someone whose title ends in "path") prescribes it. You want about 600 International Units a day, which is 0.015 milligrams, but by 2014 I began to be concerned because three percent of adults were taking dangerously high levels, 4,000 IUs daily. For context, that is three times the number of Muslims as are in America, the world's most popular religion, and 300 times as many automobile deaths. Just a few years earlier only 0.2 percent of people engaged in such risky health behavior, Goop readers or whatever.

And a whopping 18 percent were taking nearly 200 percent of the recommended amount of Vitamin D. It was so high even WebMD was concerned. WebMD! The blog where you can find an article claiming anything both causes and cures cancer.

But there was no stopping that money train.  All of the Four Horsemen of the Alternative (the aforementioned Dr. Gary Null plus Dr. Oz, Weil, and Chopra) were telling us the Sunshine Vitamin could prevent cancer, early death, depression, type 2 diabetes, not to mention the biologically weird "boost your immune system."

Luckily there was no pandemic of blood toxicity, I abandoned the awareness program I had been pondering that would warn about the Vitamin D craze in 2016, because there were more important issues to tackle.  But I wasn't wrong about the useless placebo part. Two months ago the New England Journal of Medicine dismissed claims that it reduced cancer and Laura Beil notes in Science News that even claims of non-specific benefits like reducing blood pressure, a risk factor for heart disease, are not evidence-based. It can't even show itself to be a risk factor for a risk factor for a disease? No. Diabetes? Nope, no effect. Sure, people who get sun may be healthier as a population, but there are many confounders in that.

No one wants kids getting rickets again, of course, Vitamin D research got a Nobel Prize in 1928 for good reason, but anyone telling you that you will get it if you don't buy their supplement is definitely selling you something.

(1) I am not kidding. They hit the right cultural buttons - African-Americans impacted most! - to get a Washington Post headline. But they told people not to buy supplements in their press release, which likely killed interest in the newspapers that cater to the demographic that love supplements. 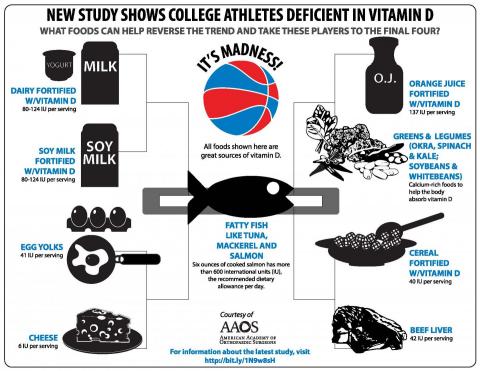