Hank Campbell
The Guardian, official newspaper of those in the anti-science left who still like to pretend they love science, knows what pays the bills...and it ain't science.

Yes, some real scientists write there, because it's mainstream media and scientists who do outreach want to be in as many publications as they can, but for the most part Guardian editors distrust science, because their audience does. And they love celebrities, for the same reason.

Why not have both in the same article? That is what they have done in letting famed scaremonger Erin Brockovich, whose claim to fame is being the legal clerk that got a utility company to saddle poor people in California with higher energy costs by us about a trace chemical 20 years ago, engage in the same chemophobia now about the weedkiller known as glyphosate.

Glyphosate, made by Bayer, recently got a judgment against it by a San Francisco jury, which used the odd rationale that the company couldn't prove it didn't give a groundskeeper who sprayed it cancer. That 55,000 full-time agriculture workers who sprayed it often never got cancer (outside the rates organic farmers and all of us also get cancer anyway) was irrelevant, they wanted to stick it to a corporation and they did. A judge threw out the punitive damages, and the attorneys took the remaining money and ran, because they knew in a retrial, if they got a more skeptical jury, the reward might be zero.

I submitted an amicus brief in that case (no, Monsanto has never given us any donations, but we'll totally take a donation if the new manufacturer of glyphosate, Bayer, wants to send one) for a simple reason; letting activists hijack farming and chemicals is the reason why we have the anti-vaccine movement. Why trust science when it comes to medicine if trial lawyers can allege everyone else in the science and medicine community are shills?

Brockovich, smarting from a sting of recent defeats trying to manufacture similar hysteria about chemicals (including fluoride), is hoping to capitalize on the glyphosate judgment, writing "Growing research suggests that glyphosate causes a form of cancer called non-Hodgkin’s lymphoma." 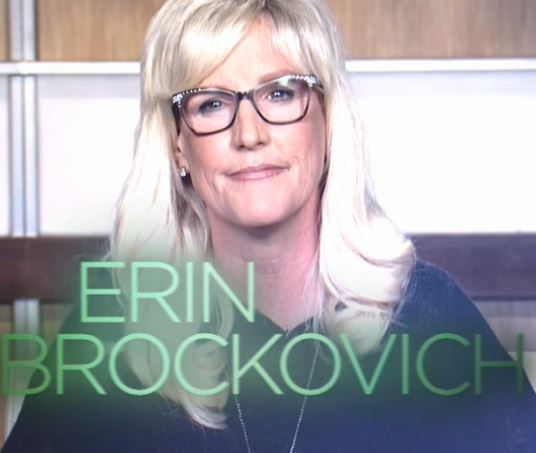 Where is the link to that "growing" research? Nowhere to be found, but Guardian editors let it go. This is the same paper that let organic industry trade group rep Carey Gillam write essentially the same article so it's not a surprise, but it also won't do anything to keep Guardian from going out of business. They are so intent on playing to the politics and anti-science sentiment of half the audience they are afraid to engage in the critical thinking that makes a paper journalism.

I have written frequently for Wall Street Journal, USA Today, and more. They fact check. Why doesn't The Guardian want to similarly protect their brand?

Brockovich also invokes the International Agency for Research on Cancer, which has been blasted for runaway conflicts of interest by its members - one insider intent on getting glyphosate labeled as "probably" carcinogenic was working for an environmental group campaigning against glyphosate at the same time. He also signed an agreement with a trial lawyer before the IARC monograph was even released and got a whopping $160,000 from them in return.

Her op-ed is really just a series of logical fallacies; appeals to emotions, circular reasoning, she even name-drops herself in the hexavalent chromium (Cr6) issue, without disclosing that the health impacts she insisted people in Hinkley, California had were fabricated. There were instead 15 percent fewer cancers than there should have been. She perpetuated an expensive hoax, and consumers in California had to pay her millionaire bonus.

In 2018, media companies face a lot of competition from places where experts aren't bound by the identity politics of editors. Science 2.0 has had 300,000,000 readers and have never told anyone what to write or not write. If Guardian continues to promote anti-science beliefs, they can't be shocked when scientists rebel and legal clerks and industry PR reps are all they have left.
Science 2.0
More Articles All Articles
About