Hank Campbell
Beinecke MS 408, commonly called the Voynich manuscript (after Wilfrid Voynich, a book dealer who bought it in Italy), has long been dismissed as gibberish by most, but beginning in 1915, and certainly since the 1960s, it has also been a source of fascination for people who believe it must be a code. Or a recipe book. Or something. It is actually a proto-Romance language, according to a new paper. It just had never been written before because educated people used Latin, says Dr. Gerard Cheshire.

So uneducated people wrote in a language from 2000 years earlier?

Cheshire claims it took "lateral thinking and ingenuity" to crack this puzzle in two weeks, which is sure to annoy a whole lot of interested people over the last century, all who likely believed they had ingenuity and ability to think. Yet no one can  really claim to be experts because there is no rhyme or reason to the document. It has some Latin, sure, but also a whole lot of nonsense. What are the swirls and lines? They are not breviographs. Why water pipes? Why any of it? 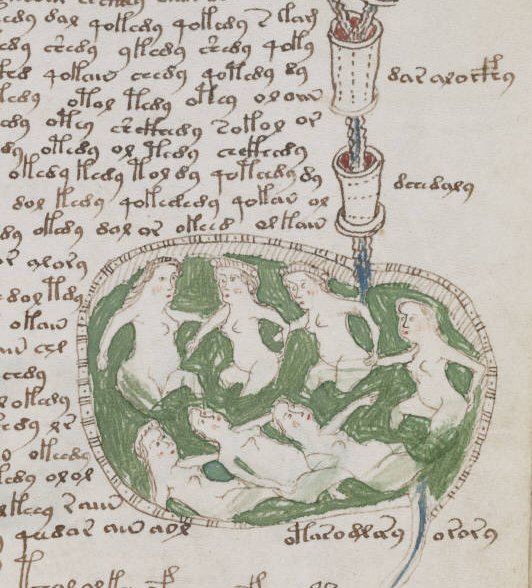 Is this an abortion? In true Nostradamus fashion we are told it is. If you want to believe, you can convince yourself the first word is omor, which means 'kill in Romanian,  while nena is baby in modern Spanish but in order for this to make sense you have to accept those are words you are seeing. That they are words at all, and that they go with the picture. If you see all of the pages in this thing you will doubt any of it makes sense. 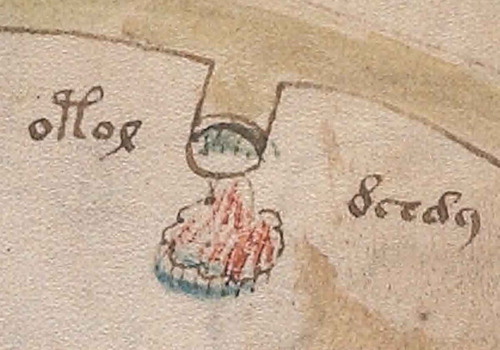 For people who want to claim they have cracked some code, fantastic metaphors are created. Recipes and maps to treasure, it can be anything to anyone. Instead of a mystical link to Roger Bacon we are told Dominican nuns created it for Maria of Castile, Queen of Aragon, hundreds of years later, because Occam's razor never applies to this stuff. If it was written for a royal, why not use Latin? She was around before Columbus visited America, not 200 BC. They spoke Spanish in the 15th century. Modern speakers can still understand medieval Spanish pretty well, that is how consistent it's been since long before Maria of Castile.

Why write something in a language that doesn't exist?

That modern languages have sounds that have been around for millennia, and some of those can be found in a document if you try hard enough by attaching known sounds to what might be ancient letters, is not very compelling.

It's all so circumstantial it will get traction in some newspaper outlets but no serious scholars are going to accept it.

So nuns writing a reference for a royal in the 1400s used Italic stuff from 1300 BC as an experiment? Why? "Informed judgement" seems to mean willingness to believe a daisy chain of circumstantial speculation.

The document was donated to Yale in 1969 and after it became available, it was linked to everything from aliens to the Illuminati. Few considered the obvious; it was scribbles, perhaps as practice, or even a hoax. There is no reason to use no punctuation and throw in random gibberish otherwise.

It's been unsolved for 100 years but that's fine. Some math problems have taken a hundred years to solve. However, unlike the Voynich manuscript, math is an actual language.
Science 2.0
More Articles All Articles
About