Hank Campbell
A recent paper in JAMA Internal Medicine had all of the ingredients mainstream media love in food stories; a cosmic sounding number of participants (44,551), which sounds like it adds statistical power, and a provocative conclusion about the perils of the modern world - in this case that eating "ultra-processed food" is lowering life expectancy.

Don't be afraid to eat a convenient dinner. The statistical correlation was made based on a few 24 hour diet diaries, which is alone a huge confounder, over a 7 year period. And that just over 14% of  processed food intake increased risk of early death by 14% is way too convenient. We're really talking about just over 600 deaths among people with an average starting age of 57 years old. By an average age of 64, lots of people will die from lots of things. and recalling what people ate for 72 hours out of 7 years is not going to tell a conclusive story.

"Ultra-processed food" is the kind of 'my Sneetch has two stars' framing that took hold of culture in the early part of this decade when efforts to put warning labels on food, with anything processed not allowed to be called "natural", were tripped up by revelations that organic bread could not be called natural - because wheat is milled. Milling is a process.

You're only processed? We are ULTRA processed. Credit: Dr. Seuss Enterprises

With the word "processed" suddenly useless, since 98 percent of America does not live or work on a farm and even farmers don't pull food out of the ground and eat it, the word "ultra-processed" came into play. It sounds even more extreme, and that is the goal, but it is no different than canned food from a hundred years ago. 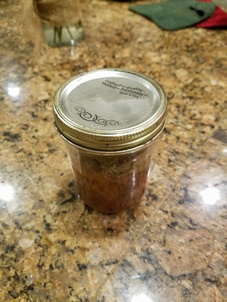 You can eat it right out of the jar, no heating necessary, that is why a JAMA Internal Medicine study says it is too ultra-processed and old people in France will die.

They are clearly virtue signaling to wealthy people who can afford to go to an organic farmer's market each week. There is no evidence that organic food makes anyone healthier or ever has, but Center for Food Safety lawyers will gush their clients are right and Big Food is evil. Except their definition of "ultra-processed" is not something fabricated in a test tube in some evil Big Food lair, it is innocuously anything that is ready to heat or eat. Frozen green beans are ready to heat, are those killing old people in France?  Freezing is a certified organic preservative, as is salt. Are both of those ultra-processed bastardizations of fresh vegetables increasing risk of death, is it BPA in a can liner? They don't know, no one knows, because this is a food diary claim, not a science study.

People are not at greater risk eating chili that came in a can, they are at risk from too much of all foods. Even "natural" foods. Obesity is happening in France, in Italy, in the US, and everywhere else, and that is actually a good thing.  The last time France had a true heat wave, 2003, nearly 15,000 people died, primarily the elderly. They couldn't afford electricity. Science has prevented that from happening to food, even in France, where they do their best to undermine agricultural science.

Yes, I can my own meat but I am also fine with cracking open a can of Dinty Moore Beef Stew and throwing it and some ultra-processed noodles into a pan. It isn't lowering my life expectancy one bit, and anyone claiming it does is preying on media desires for statistical wobble.