If I had to pick one consistent complaint from the public about scientists it's that people feel like those who should know the most about a topic are often the least able to give people a straight answer. Instead of providing the answer they know to be true, they hedge and qualify. When scientists without media training show up to talk, its easy to feel like you will hear or read "on the other hand' so many times that researchers are an alien species full of tentacles.

In defense of scientists, we all want the easy narrative, the definitive response, but that is not always realistic. However, it is almost always necessary because regulations will happen and policymakers often won't have PhDs. If we don't give them the best answer, we simply rephrase a menu of choices they already had, they will pick whatever they think their constituents will want; for people on the right, less regulation, for people on the left, more, regardless of whether it will help the science issue at all.

I was at the Department of Health and Human Services last week, and I have been tough on the groups HHS controls on plenty of occasions. But one comment I received was, though I am paraphrasing, 'We really appreciate your work. We like that you can give us a straight answer. I have had times where I have been in meetings with our scientists and they wouldn't give me a straight answer, but later that day they forwarded an article from you which got to the point.'

It's true, we can provide a straight answer when government-controlled scientists, be they in universities or direct employees of government, cannot. And when biased journalists and editors will not.

That's our mission, and has been for 40 years.

Anti-science beliefs did not start with vaccines or GMOs or claims that natural gas will cause earth to deflate or that parts per billion trace chemicals will doom us. They have been around for as long as people have been scared of progress. In the early 1970s environmental activists opposed commercial airlines flying faster than sound - the passenger aviation that would become the Concorde SST. They insisted that it would punch a hole in the ozone layer (ozone was one of the big fundraising causes in that decade) and thus we would be bathing in radiation. They lamented that the eardrums of children would shatter due to the supersonic booms. 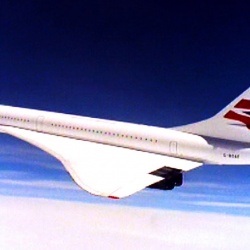 Activists claimed the Concorde SST would punch a hole in the ozone layer.

The scaremongering was so successful Congress had to hold hearings. The National Academy of Sciences was told to come up with an answer and dutifully spent 6 months compiling one of their tomes, and the tome dutifully presented the entire multiplicity of factors, all scientifically accurate, all leaving officials right back where they started.

“Will somebody find me a one-handed scientist?!”

In the hearing, a scientist began addressing concerns saying environmental claims might be valid, but on the other hand they might not be valid. Finally, Senator Ed Muskie (D-ME), chairman of the committee, said to his equally exasperated colleagues, “Will somebody find me a one-handed scientist?!”

That's still a problem today. The one-handed side often wins because they have an answer, and scientists too often say, "It depends."

In public, anyway. In private, studies have shown, scientists are far more blunt. They are not talking about one hand, and then the other hand, and then fingers A through E on a third hand, they know there is a pretty accurate answer and they express it with each other. But when things are official, it's back to pretending to be Spock on "Star Trek". It's part of the "scientist" brand but it shouldn't be.

We know mainstream media, including in science, will not "ask the awkward questions" of scientists and institutions they happen to like, they instead want to write "isn't science weird/awesome?" stories or the kinds of chemical scaremongering and miracle vegetable pieces that sell pageviews. Cambridge produces as much nonsense as any corporate trade group but if a goofy claim is from a name school or a journal like PNAS, journalists will uncritically gush that men are sexist about female hurricane names and cheer when Facebook manipulates newsfeeds in a social experiment.

That means it's up to us to stand for reason. If you are in any kind of application-relevant field, be a one-handed scientist. Stop undermining your work with exceptions, qualifications, nuances, and distinctions without a difference. Give the public the answer you would give me or each other in a bar.

And you can't be silent. Silence means that in the postmodern world of "science is just a world view", you are going to wonder why no one trusts your work. You must object to shoddy claims that a pesticide is causing hermaphrodite frogs, bees are dying, coffee and cell phones are causing cancer, and someone's child didn't get into Yale because they didn't shop at Whole Foods. Stand up for science even if your political allies are against it, or no one will be left to stand up for you.

Originally appeared in modified form at the American Council on Science and Health.