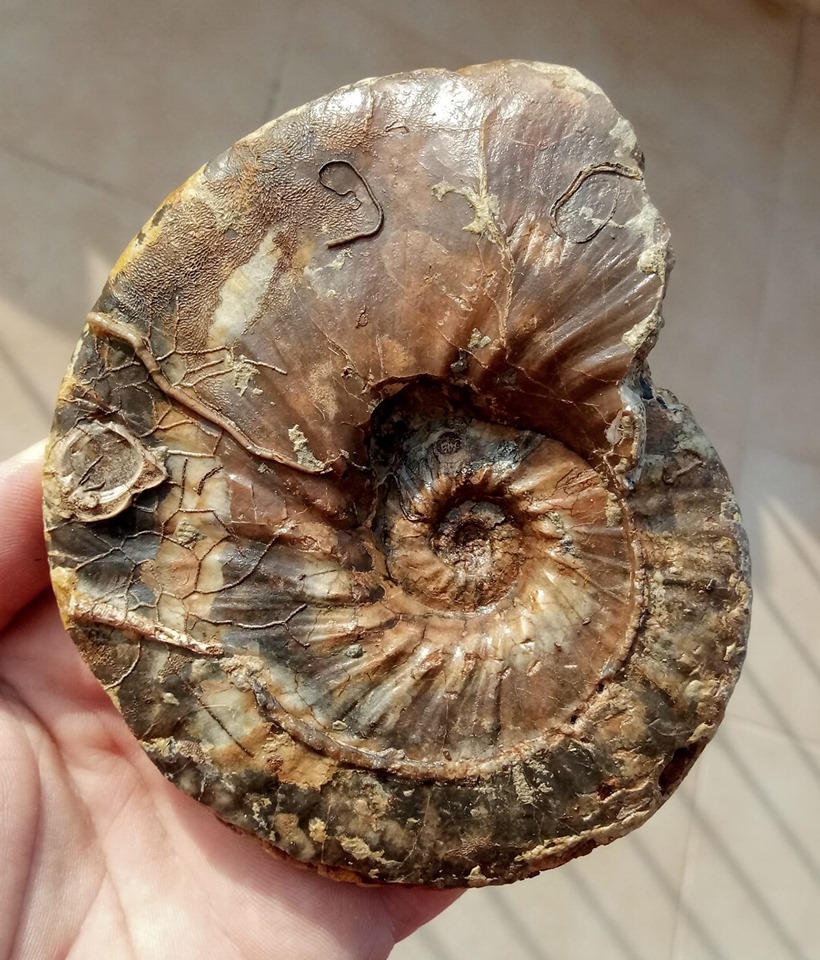 Anahoplites is now included in the subfamily Anahoplitinae and separated from the more robust Hoplitinae. Genera of the Hoplitinae tend to have broader whorls and stronger ribs.

Anahoplites is found in Cretaceous (Middle to the late Albian) deposits from England, through Europe, all the way to the Transcaspian Oblast region in Russia to the east of the Caspian Sea. The Aube department, named after the local river, is the type locality of the Albian stage (d'ORBIGNY, 1842). Two formations are recognised in the clay facies (the "Gault" auct.) of the stratotype, the Argiles tégulines de Courcelles (82 m), overlain by the Marnes de Brienne (43 m). The boundary between the two formations is well-defined at the top of an indurated bed and readily identifiable in the field.

This involute (113 mm) specimen shows evidence of cohabitation by some of his marine peers. We see two different bryozoa, an oyster and some serpulids making a living and leaving trace fossils on his flat sides. Photo credit: José Juárez Ruiz of Spain.
Fossil Huntress
More Articles All Articles
About