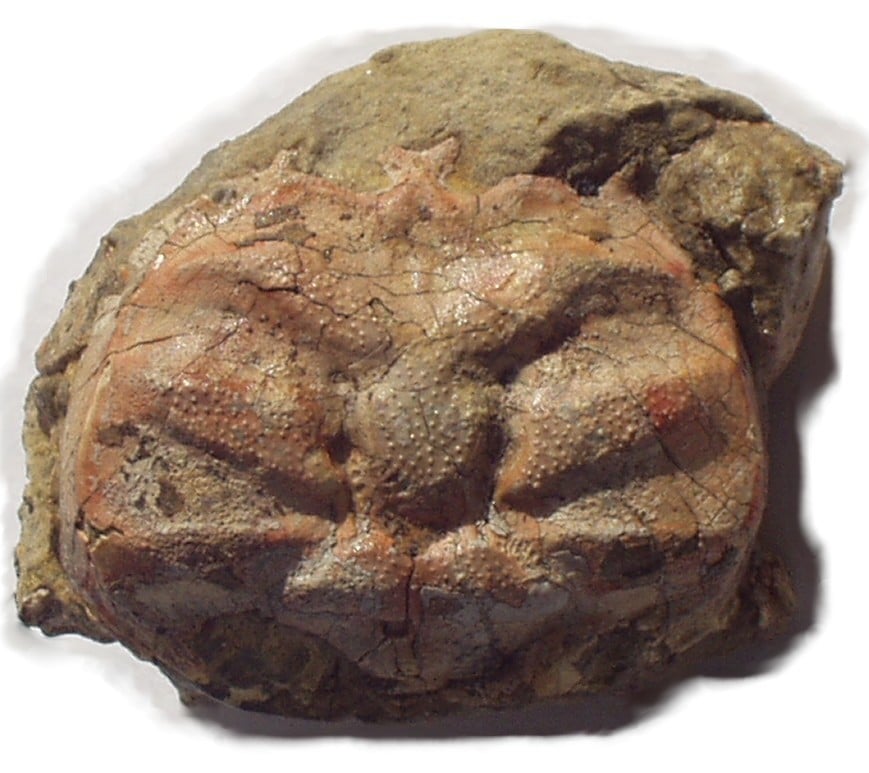 Cuticular structure in a Late Maastrichtian crab, Costacopluma mexicana, from deposits near the town of from near Paredón, Ramos Arizpe in what is now southern Coahuila (formerly Coahuila de Zaragoza), north-eastern Mexico. We see this same species in the Upper Cretaceous Moyenne of Northeast Morocco and from the Pacific slope, Paleocene of California, USA. This beauty is in the collection of José F. Ventura‎.

While the crustacean cuticle has been the subject of study for over 250 years (Reaumur, 1712, in Drach, 1939), the focus of that early work has been the process of moulting. Because crabs and other crustaceans have a hard outer shell (the exoskeleton) that does not grow, they must shed their shells through a process called moulting. Just as we outgrow our shoes, crabs outgrow their shells.

In 1984, Roer and Dillaman took a whole new approach, instead looking at the exoskeleton as a mineralized tissue. The integument of decapod crustaceans consists of an outer epicuticle, an exocuticle, an endocuticle and an inner membranous layer underlain by the hypodermis. The outer three layers of the cuticle are calcified.

The mineral is in the form of calcite crystals and amorphous calcium carbonate. In the epicuticle, the mineral is in the form of spherulitic calcite islands surrounded by the lipid-protein matrix. In the exo- and endo-cuticles the calcite crystal aggregates are interspersed with chitin-protein fibres which are organized in lamellae. In some species, the organization of the mineral mirrors that of the organic fibres, but such is not the case in certain cuticular regions in the xanthid crabs.

Control of crystal organization is a complex phenomenon unrelated to the gross morphology of the matrix. Since the cuticle is periodically moulted to allow for growth, this necessitates a bidirectional movement of calcium into the cuticle during post-moult and out during premolt resorption of the cuticle.

These movements are accomplished by active transport affected by a Ca-ATPase and Na/Ca exchange mechanism. The epi- and exo-cuticular layers of the new cuticle are elaborated during pre-moult but do not calcify until the old cuticle is shed. This phenomenon also occurs in vitro in the cuticle devoid of living tissue and implies an alteration of the nucleating sites of the cuticle in the course of the moult.

We're still learning about the relationship between the mineral and the organic components of the cuticle, both regarding the determination of crystal morphology and about nucleation. While the Portunidae offers some knowledge of the mechanisms and pathways for calcium movement, we know nothing concerning the transport of carbonate. These latter areas of investigation will prove fertile ground for future work; work which will provide information not only on the physiology of Crustacea but also on the basic principles of mineralization. Certainly, the bidirectional nature of mineral transport and the sharp temporal transitions in the nucleating ability of the cuticular matrix provide ideal systems in which to study these aspects of calcification.