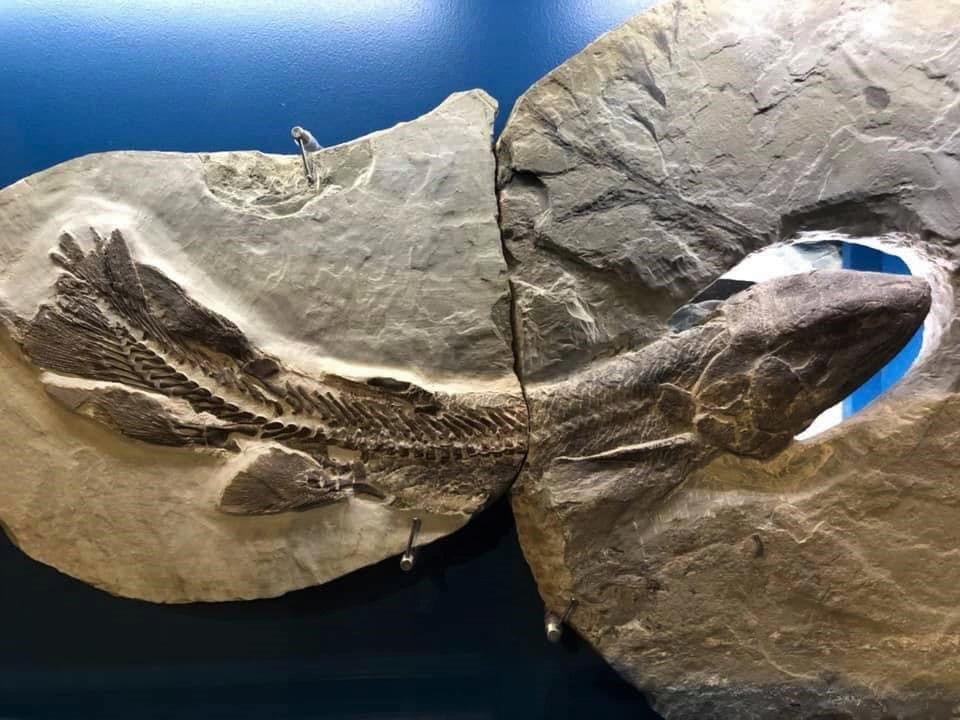 If you look closely at this specimen, you can see the remarkable 3-D and soft-bodied preservation. This fish specimen reminds me of the ray-finned fossil fish you see in carbonate concretion from Lower Cretaceous deposits in the Santana Formation, Brazil.

Eusthenopteron would have shared our ancient seas with the first ammonites and primitive sharks, along with well-established fauna including the trilobites, brachiopods, coral reefs and a whole host of interesting arthropods.

Miguasha National Park / Parc National de Miguasha, is a protected area near Carleton-sur-Mer on the Gaspé Peninsula of Quebec in Canada. It was created in 1985 by the Government of Quebec and designated as a World Heritage Site in 1999 in honour of paleontological significance for Devonian fish, flower and spore fossils.

These fossils represent five of the six main fossil fish groups recorded from the Devonian (370 million years ago) including specimens of the lobe-finned fish and tetrapods. We see the placoderms, armoured prehistoric fish, in their heyday, dominating almost every known aquatic environment. The Devonian is known as the 'Age of Fishes,' but it could have equally been called the 'Age of Spores,' as this was a time of significant adaptive radiation of terrestrial biota and free-sporing vascular plants. Immense forests carpeted the continents and we see the first of the plant groups evolving leaves, true roots and seeds.

The site was discovered in 1842 by a local geologist and medical doctor, Abraham Gesner. He shared much of his collection with both the British Museum and Royal Scottish Museum for further study. Photo credit: John Fam.
Fossil Huntress
More Articles All Articles
About