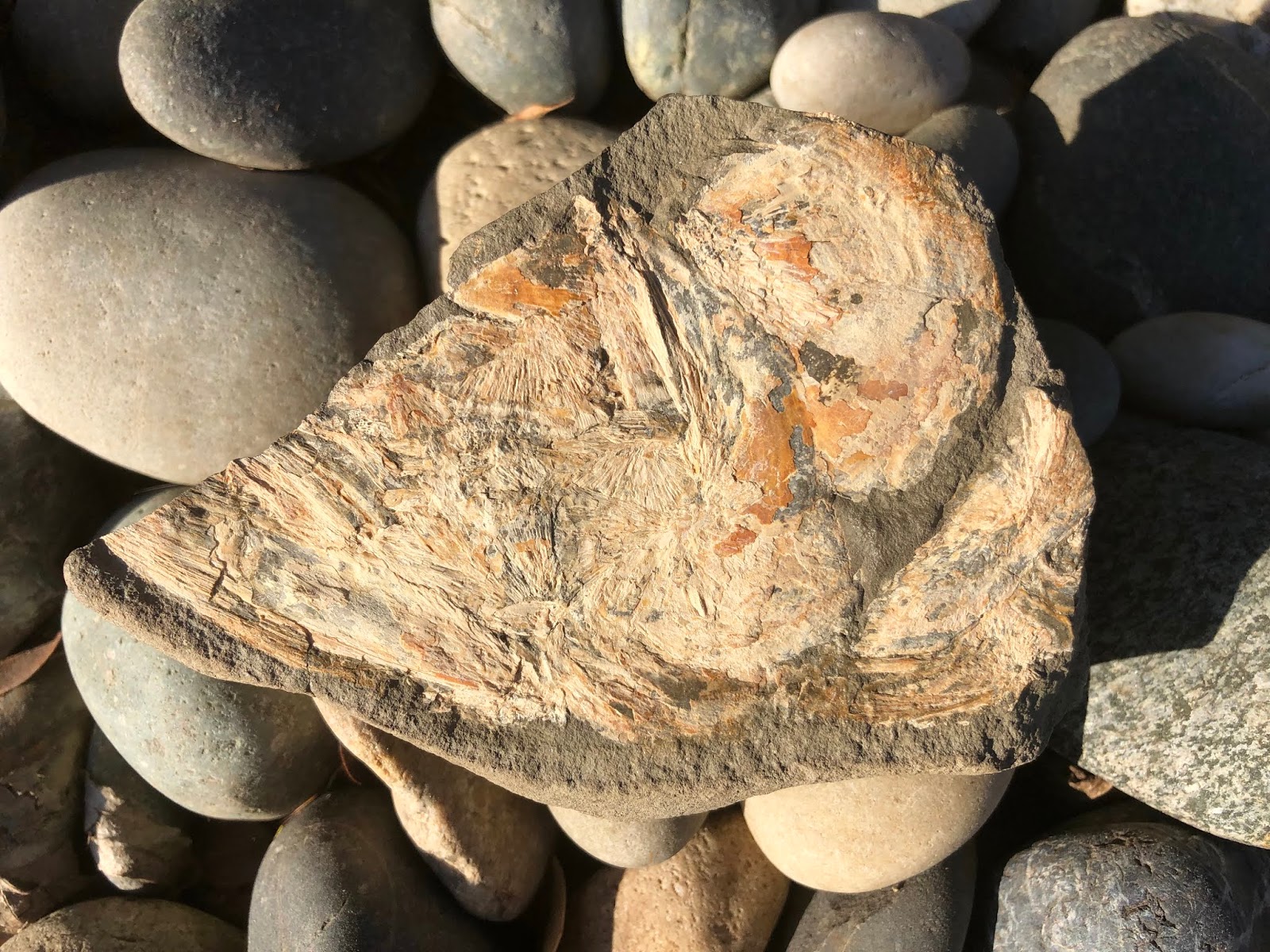 Salmon have permeated First Nations mythology and have been prized as an important food source for thousands of years.

For the Salish people of the Interior of British Columbia, Canada, salmon was the most important of the local fishing stock and salmon fishing season was a significant social event which warranted the nomination of a “Salmon Chief” who directed the construction of the hooks, weirs and traps and the distribution of the catch.

In the Interior of the province, archaeological evidence dates the use of salmon as a food source back 3,500 years. Sheri Burton and Catherine Carlson were able to isolate and amplify mitochondrial DNA from salmon remains from archaeological sites near Kamloops, and identified the species as Oncorhynchus nerka, or Sockeye salmon. No older salmon remains had been found in the Kamloops area until the 1970’s, when fossil salmon concretions were collected on the south shore of Kamloops Lake.

These concretions were originally dated as Miocene (24 – 5.5 million years old) by the Geological Survey of Canada, based on analysis of pollen grains found in the concretions. However, many local experts, including UBC geology professor W.R. Danner and the late geologists W.H. Mathews and Richard Hughes, suspected the remains were from the much more recent, Late Pleistocene epoch.

It was not until the early 1990s that Catherine Carlson and Ken Klein found definitive proof of this. By good luck, the fish remains in the Kamloops Lake concretions had not been completely replaced by minerals – enough of the original organic bone collagen remained for radiocarbon dating. The corrected date is approximately 18,000 years. It is likely that erosion during the time of deposition had carried pollen down from Miocene layers in surrounding hills, to be deposited around the dead fish, causing the initial over-estimation of the age of the concretions.

This lovely specimen is Oncorhynchus nerka, a Late Pleistocene Fossil Sockeye Salmon, from the fine-grained, silty clays on the south shore of Kamloops Lake, British Columbia, Canada. The site was originally collected in the 1970's by the late geologist and paleontologist Richard Hughes. I was introduced to the site much later after it's redescovery by Catherine Carlson and Kenneth Klein in the fall of 1991 with the help of local and gracious host, Bill Huxley.

They later wrote up and published a chapter in Rolf Ludvigsen's "Life in Stone: A Natural History of British Columbia's Fossils." It was Huxley who shared it's location with John Leahy, a local Kamloops resident and avid fossil hunter, and him with me.

This specimen was collected by John in the 1990's, his tenth partial salmon from this site and the sole one in my collection.

An age of 18,000 plus years sets the fossils firmly as the only salmonids of the Late Pleistocene in North America, a very significant find. The date also changed our ideas about the early climate of the Interior; the Thompson Valley could not have been covered by glacial ice for as long as originally thought. Indeed, it makes the Interior ice-free only 2,000 years after the Last Glacial Maximum and some 4,000 years before our western continental coastline and the Rocky Mountain Foothills.

It has long been accepted that the most recent series of ice ages began approximately 1.6 million years ago, beginning as ice accumulations at higher altitudes with the gradual cooling of the climate. Four times the ice advanced and receded, most recently melting away somewhere around 10,000 years ago. Ice retreated from southwestern British Columbia and the Puget Sound area around 15,000 years ago.

In the southern Interior, ice built up first in the northern Selkirk Mountains, then slowly flowed down into the valleys. Once the valleys were filled, the depth of the ice increased until it began to climb to the highlands and finally covered most of the Interior of British Columbia. Between ice advances, there were times when the Kamloops area was ice free and the climate warm and hospitable.

Glacial ice was believed to have initiated its most recent retreat from the South Thompson area around 11,000 to 12,000 years ago, but salmon remains from 18,000 years ago suggest that it may have actually began its northwest decline much earlier and indicating a much warmer climate in the Interior than archaeologists or geologists had originally estimated.

Eighteen thousand year-old salmon also challenge the archaeological notion that aboriginal people of the Interior have had access to salmon as a significant protein source for only a few thousand years. In the popular view, people living in the Okanagan and Thompson Valleys were felt to have moved to settlements that were semi-permanent about 4500 years ago.

By that time they would have had a seasonally regulated diet composed primarily of salmon and supplemented by local game - deer, elk, small mammals – and available shellfish, birds and plant foods. If salmon were present much earlier, it is possible that this pattern of food utilization may have arisen earlier than thought.

Richard Hughes had originally identified the fossilized Kamloops salmon as Oncorhynchus nerka or Sockeye salmon, the same species found in the 3,500 year old archaeological sites. But, using the carbon-13 isotope ratio, Klein and Carlson were able to determine that these salmon did not feed on protein from a marine source and relied solely on a freshwater diet.

In other words, they could not have spent part of their life in the ocean, as modern Sockeye salmon do. Based on the specimens’ smaller heads and stunted bodies, the longest measuring in at a pint-sized 11.5 cm, Klein and Carlson feel that the fossils are likely Kokanee, a modern landlocked variety of Sockeye.
Fossil Huntress
More Articles All Articles
About