Hontas Farmer
Transgender activism must not prevent people from using their common everyday senses to tell who is who within reason.   We now live in a world where someone can insist that they are a transgender woman with their ID changed.  Yet insist that if any image of them is used it should be a very, rather, unflattering one for any woman.    Clearly self ID in the absence of concrete and substantial measures to live the life of the identified gender is meaningless.  At the same time a biological definition isn't fool proof either.

DNA, chromosomes, and even apparent anatomical sex are not fool proof ways to distinguish sexes.    A person can have XXY chromosomes or some cells have XX and others XY.  A person can have androgen receptor genes which code for a weak response to testosterone.  In the most extreme examples leading to a body which XY but completely female in appearance, and in the most mild a body that is male in appearance but not very masculineized.   Then there are conditions in which an XX female can have a clitoris that appears to be like a small penis.    That said 99% of people have either XY or XX and are biologically aligned with that.

To add to the complexity a person can identify as any number of genders these days.  If we want to be completely accepting any introduction of a person should include pronouns.

WYSIWYG
What you see is what you get.

The simple fact is that as we go about our daily lives no one is walking around with a DNA testing lab, and be honest outside of the very most rainbow friendly gender aware spaces does any one ask.

Most of the time people just look and assume.    So, without further delay, here are the simple reasonable definitions of man and woman.

Man, an adult human who appears to be male by visible sexual characteristics and gendered behavior and clothing as defined by their society.

Woman, an adult human who appears to be female by visible sexual characteristics and gendered behavior and clothing as defined by their society.

Transgender, someone who appears to be or wishes to appear to be a gender which does not align with their predominant sexual anatomy.   An umbrella term which includes transsexuals and all other gender variant people.   They may or may not take medical steps.

Cisgender, simply someone whose gender identity and anatomy align without any intervention. i.e. a normal* and average man or woman.

Transsexual, someone who takes medical steps to change their secondary and primary sexual features to align with their gender.   Some claim this term is offensive but many many people who have taken medical steps identify with this word.


Gender, a sense of self identity and a social role which is somewhere on the continuum between utterly masculine man and utterly feminine woman. i.e. androgyny, non binary people can exist  and may be a man or woman.

*NOTE NORMAL DOES NOT MEAN GOOD OR MORALLY SUPERIOR simply the most common states of being, average.

Suppose you see someone who appears to be transsexual who may be a biological male trying to appear to be a female.  Say they are just a bit too tall or hands a bit too big.  Sorry but such a person is more likely than not just a big tall woman since <1% of the population is transgender.  There is a >99% chance you'll simply be disrespecting someone biologically female.   Not that it is OK in my book to diss a transsexual.  Just that by the standards of most common sense "conservative" people you'd be dissing a woman.

For example if you are one who would usually ask pronouns and you witness an armed robbery.  If the person sticking up the gas station appears to be a young man in every way it is completely OK to call them a young man. Now if it turns out they are a transgender woman who fell on really hard times, was too poor to afford to maintain themselves or something of the sort.   Maybe they felt being homeless is just simpler if one is not trans.  IF you find that out by all means use their preferred pronoun.

In the end it is all about common sense and common courtesy.  If someone appears to be a comfortably masculine man or a comfortably feminine woman then you should feel completely free to address them as such.  If someone appears to maybe possibly be transgender, trying just not passing, be kind.  Oodds are they are just a cisgender person who is not conforming to the norms.  Furthermore transgender people have a hard enough life as it is.  What do you get out of adding a bit more pain?

Last but not least I must discuss very sensitively the person who made me want to write this article.  I was made aware again of the transgender woman, activist, and speaker, Danielle Moscato.   This is Ms Moscato in the images she authorizes for release.   These images are provided by Daniellemoscato.com 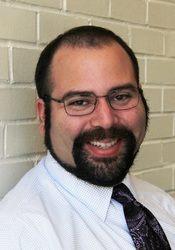 I recalled seeing her on TV a while back but was made aware of it by the twitter #TSRainCrew where she was mentioned.   TS Rain crew were a group of transsexuals who wanted out from under the transgender umbrella.  A defined by Social Justice Wiki transgender is an umbrella term.   Transsexual is part of that umbrella but not all of it.

Look again at Ms Moscato as a human being I feel for her.  She claims to be unable to do ANYTHING to physically transition because of a number of health issues.  (Apparently which include shaving for months and months on end.   I mean a weekend with a bit of wild hair is one thing but come on.)

I just can't with her.  I can't.  I just can't.  As much as it pains me to say this an average person looking at her and seeing a man pure plain and simple is not being transphobic.   They are simply exercising common sense.   I also just can't with the idea that such a person gets asked to speak on TV about transgender issues like some sort of icon.  I can think of a dozen people it would be better to speak to than her.

I have seen transwomen who do not pass, some days I see one  in the mirror.  That is not what Danielle is.  She is a transwoman who did not turn in the exam much less pass it!   If I could say one sentence to her it would be this.   I hope you get the help you need to really explore your gender, just don't endanger the progress made by the rest of us over the course of a century in order for you to do so.  That would be selfish in the extreme.  (yeah that's two sentences).