Hontas Farmer
#MeToo is a movement started by Alyssa Milano which is raising awareness of sexual harassment... but I stumbled on an unfortunate bit of collateral PR damage for an app named MeeToo.  This is like a sub plot from the cartoon BojackHorseman or something.  If you know that show you can see them doing an ep or two sending up the situation and some terrible hashtag totally ruins a carefully thought of to be hash-tag-able brand name.  As Homer Simpson would say think about the irony.   Now their brand is associated with a scandal where a big fat producer* chased women around naked (Actress Katherine Kendall on CNN ).

MeeToo is an app which is designed for easy in classroom (and perhaps in meeting room) interaction.  This is designed to leverage the devices that students insist on speeding their time fixated on to interact in class.   In large hundreds of person lecture halls this makes a lot of sense.  I teach at community college and usually have at most 40 people.  Under 20 people in class it is just easier to have a discussion.  However apps like this are great.  This one looks interesting in that it does not need anything but a good recent phone with a up to date browser.


Sadly at least for six months if I wanted to give this a try I'd have to issue a trigger warning, rimshot.


#MeToo is where people are sharing stories on Twitter of how much some people, mostly but not exclusively women, have to put up with mostly men using power and influence to get away with unwanted sexual advances.  Not to mention as a recent revelation today in Hollywood we have a culture where very young women and teenage girls are utterly objectified and put on display like raw meat.
MeeToo points out helpfully that the # being used to share is different.

We hope people are getting their message heard, the hashtag for sharing is actually #MeToo , our name has an extra 'e' :-)

They have a point and I hope they just let this hash tag blow over as the situation evolves away from the constant mention of the hashtag into more concrete actions to actually fix things.

Something tells me this will not.  That this # tag will unlike #BLM or #BlackLivesMatter not evolve into an actual movement.  A hashtag #StopSexualViolence  #SSS would be more to the point an could not be mistaken for anything else.

Preemptive justification for the gallows humor.

I have also been one to point out the great disconnect in how this is treated when a man reports it to when a woman does.    Terry Crews explains why , as a man it gets treated differently.   Any biological male of any gender identity faces similar stigma to admitting to being sexually violated up to and including, being called an apologist for peadophilia when he handles his experience with laughter to having the abuse made out to not be abuse because it is teacher on student (numerous examples of this).

As a transwoman of color I know what it means to be very careful about making sure I have the informed implied if not express consent of who I am involved with.  It is quite simple, I let them make all the initiating moves.  As soon as anyone indicates that they are the least bit uncomfortable at that moment I disengage unless  and  until they re-initiate and I am in the mood.  I also make sure that if I am with a man (even when it is the very rare transman /very tomboyish girl)  that someone knows where we are and has seen our interactions.   This is just common sense self defense from either a physical assault or the rare but possible false accusation.  It is so simple just don't engage in sexual acts of any kind with someone unless they are into it, and never be so secretive that it creates a look of impropriety that some will take advantage of (Not a PC thing to point out but such people exist and it is childish to pretend they don't.)

How do I know this?

I have my own Me too stories

At 13 I was raped by a guy, at 15 I was statutorily raped by a woman teacher. Sadly this will be about demonizing one gender. #meetoo

Now to the real JOKES.

What I am saying is I know what it is like to be raped and I can see what false allegations could look like.  Unfortunately very similar to the very real and common situation of date/acquaintance rape.

Weinstein was not an acquaintance.  He was not a date to those women.  He was quite simply a total pervert.    Hollywood knew about this.  Everyone has seen the Seth McFarlane joke but there have been other subtle hints.  Basically Weinstein is a real life Hedonism Bot.

Weinstein has been accused of.

Leo Bloom wanted to be a producer with a great big casting couch!   We all thought that was funny a decade ago.


So we knew about this. 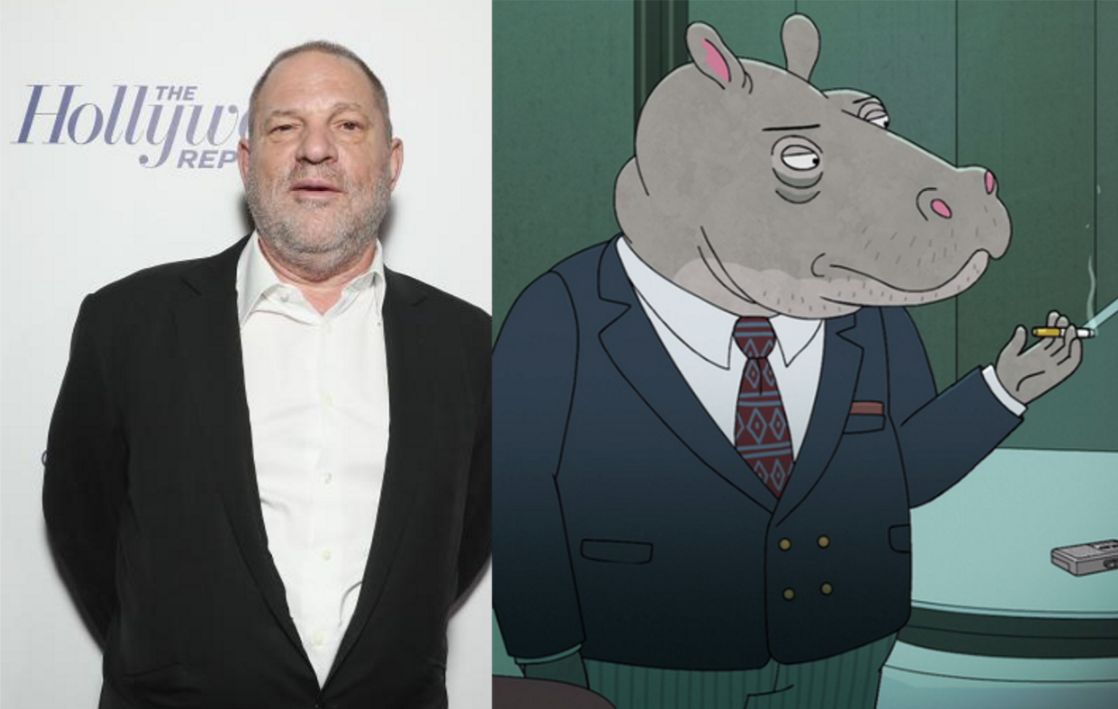 A producer and TV personality for many years accused of sexual harassment and other deviancy... Hank Hippopolopous  was rode out of Hollywoo on a rail.   In real life he is a cipher for many real life people well known in Hollywood for making questionable use of their power to get sex.

We made fun of this situation and ones like it in so many ways.

In a way our whole culture is complicit in this.   We decided as a culture a long time ago ... slavery....before slavery even that the powerful got to have at the less powerful sexually in exchange for favors.  Right back to possibly our most primal origins the powerful have gotten to do as they will and the weak had to do as they must.   Sexuality was no exception to that rule.

The question for 2018 is have we grown beyond that base and reptilian way of thinking about sex?