A quark star is a hypothesized type of object more dense than a Neutron star but not dense enough to form a black hole. Long ago theorized, could such an object be observed via, and even made possibly through, gravitational waves? This is not a likely outcome since the conditions it would take to create such an object would be very rare however it is just barely possible. Read on and consider with me what well established theories and laws of physics say about what the LIGO collaboration reportedly observed. Theories posited by Steven W Hawking and Jacob Bekenstein in particular regarding black hole thermodynamics may be put to the test by this kind of observation. (For a general overview see https://arxiv.org/abs/1410.1486 by Steven Carlip).

Much of the coverage of this in the popular press uses words like “Swallows” in describing this collision between the black hole and the neutron star. Truth is right now no one really knows what the result was. Reading the relevant GCN circulars it seems that the only observations from this system are the gravitational waves. Given that these observations are typically from great distances, at the extremes of our observable universe this is not too surprising.

What follows is freestyle hypothesizing about what could be based on what little we know.

What do we know. 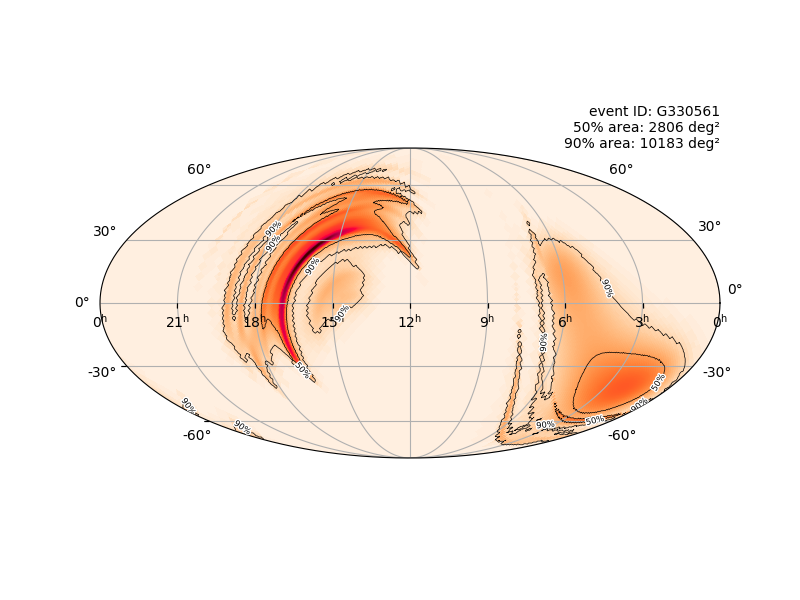 Figure 1: This shows the best idea anyone has of where this occurred. The darker the color the higher the probability it was there.

The key proposed law of black hole thermodynamics which could be tested is the second law. Which holds that if two black holes were to merge the result would be a black hole of greater surface area. The surface of a black hole, the event horizon, would hide the maximal amount of information. It would therefore represent a state of maximum entropy. According to the second law of thermodynamics the entropy of a system and its surroundings must increase. This is the fundamental physics reason why if you shatter a cup of hot tea you will never see it fly back together.

So to summarize, thanks to LIGO we now know that a black hole and neutron star merged. We do not know what the result was. According to the relevant GCN circulars the masses of the objects were close and the presence of matter outside the resulting compact object is 99%. This likely means matter that had just enough velocity not to be pulled in and which escaped into a nebula or accretion disk.

If the neutron star was less massive than the black hole then the result would be a black hole plain and simple. This is BY FAR THE MOST LIKELY RESULT.

A Thought Experiment With Stars and Black Holes.

Let us consider what if the black hole which was part of this merger was somehow the less massive object? The question is can a black hole which has the maximal entropy interact with something that is not a black hole and the result not be just more black hole? Can this one and only law of physics that would apply to this extreme situation allow that? Possibly but it would take very special circumstances. 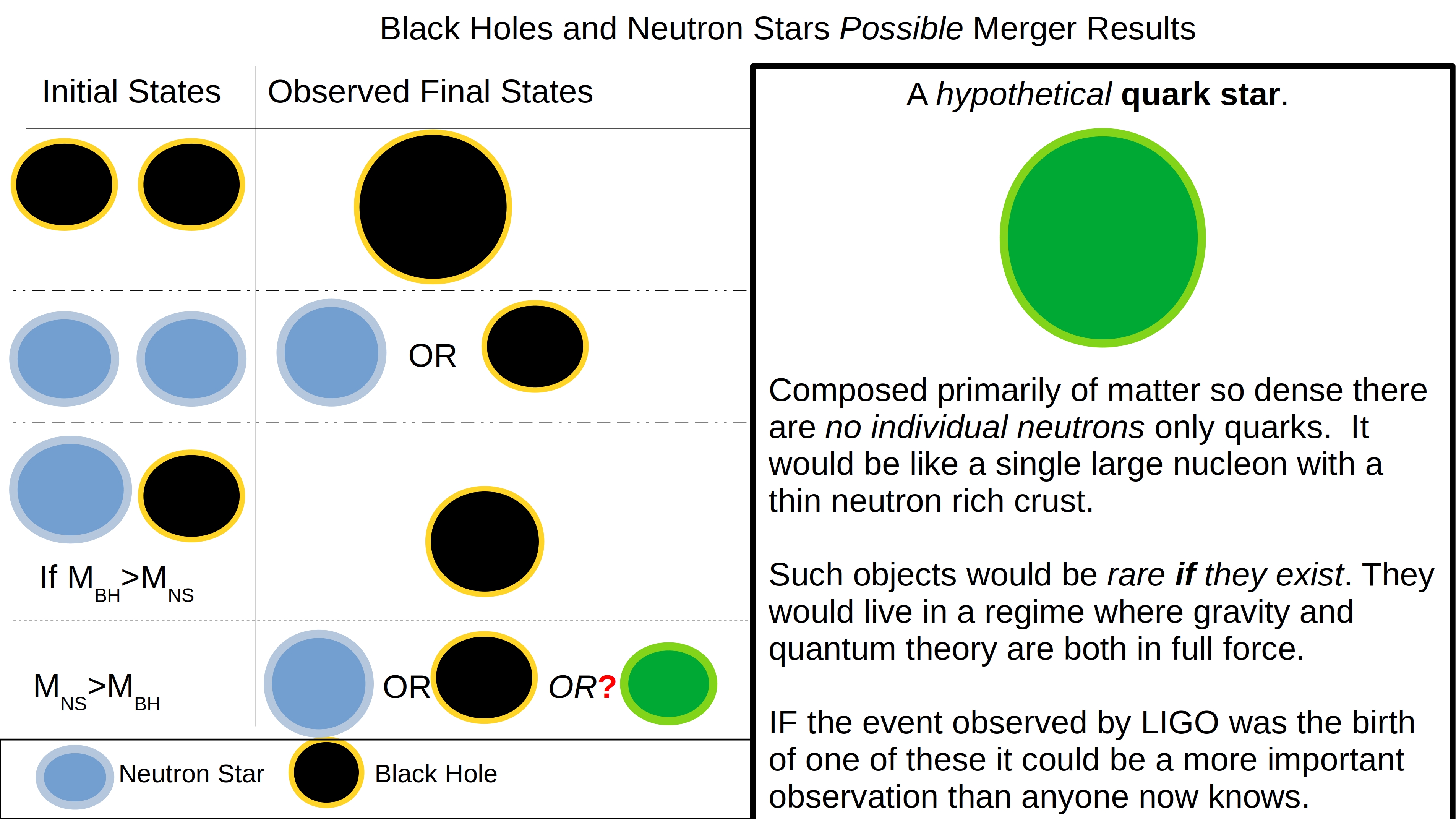 Perhaps the supernova which created it was so violent that the outer layers of matter exploded away from the forming black hole before the event horizon trapped them. Perhaps the black holes formation was primordial. For the sake of a good theoretical discussion, a good gedankenexperimente.

Theorist don’t care how the cat gets in the box and why animal welfare wasn’t called. We just think about it.

For our made up but not impossible black hole of 2.5 solar masses and our hefty 2.9 solar mass neutron star what would the density be? To figure this out for a neutron star is harder than for a black hole looking at this work from Arizona State University can help. If the neutron star has a radius of 14 km. Then the density of the resulting body would be one order of magnitude greater than that of the initial black hole! This indicates the final object would have to be a black hole.

Running the numbers with even a tiny black hole 0.01 solar masses, a nigh impossible mass for a black hole, the result of collision with a neutron star would still be a black hole.

Theoretical limitations to the rescue!

One limitation of the above analysis is that it assumes that all of the mass remains in the system. Gravitational wave producing events can radiate away solar masses worth of mass-energy. They can transfer information and entropy to the surroundings. If enough energy is radiated away, and enough entropy is transferred to the surroundings the result could be an ultra-dense object like a quark star. The above analysis does not account for this possibility.

Another weakness is that the simple computations done above don’t take account of angular momentum. Hypothetically an object can be supported against collapse if it is spinning rapidly enough. So the remnant would have to be a millisecond pulsar. It would have points on its surface spinning at nearly the speed of light. Observations of the event in question would seem to have ruled out a remnant of that kind for this event. That said, we haven’t localized the event and so can’t rule out observing such a remnant in the future.

There is no reason to think the result of this event is anything but a black hole with a accretion disk inside a nebula made of neutron star remnant matter which had just enough speed to go into an orbit.

However, as scientist we have to be open to seeing what we don’t expect to see . If we only look for what we expect to find we may miss something fundamentally important.