Our modern human diet is remarkably versatile. Modern farming practices and technological innovations allowed an unprecedented variety of dietary choices. Our hunter-gatherer ancestors, though, didn't have this luxury. The harsh climate during cold seasons forced them to hunt for prey to satisfy their caloric needs when  plants were too scarce. The hunting pressure was so high that it drove many species to extinction, including mammoths.

In their stride to prove that our civilization is now capable of eating ancient prey without engaging in the hunt, our Belgium-based food ingredients start-up Paleo resuscitated a heme-protein from these ancient pachyderms. Food scientists reconstituted the myoglobin sequence from the steppe mammoth, Mammuthus trogontherii, in collaboration with the Center for Palaeogenetics in Stockholm, Sweden. The corresponding genetic material, isolated from the molar of a million-year old mammoth found nearby the Adycha river in Siberia, is the oldest DNA ever sequenced to date (van der Valk et al. Nature 2021 - DOI:10.1038/s41586-021-03224-9).

So how did they obtain animal protein without the animal?

With a little help from yeasts.

With the right instructions, yeast cells can produce large amounts of a desired protein. This technology, called precision fermentation, combines careful microbial genetic engineering with the age-old fermentation process. It revolutionized medicine in the 1980s by providing diabetics with pure human insulin, when they were previously treated with pig pancreas extract. And it can provide a way to revolutionize food protein.

Now you can even eat an extinct species

Myoglobin is found in animal muscles. The heme group in myoglobin contains iron, and is responsible for binding oxygen. Therefore, the presence of myoglobin constitutes a fundamental component of the desirable meat and fish color, aroma and nutritional content.

We unlocked the potential of this scalable technology platform to offer a much wider choice of food ingredients, starting with animal myoglobin of non-animal origin. Yeast cells get instructions to synthesize myoglobin and release it in the fermentation medium. It is then purified and concentrated. The final product is a bioidentical myoglobin devoid of leftover microbial cells and DNA, produced with only a small fraction of the land and water usage required for conventional meat production. It is even GMO-free, if you worry about that sort of thing. 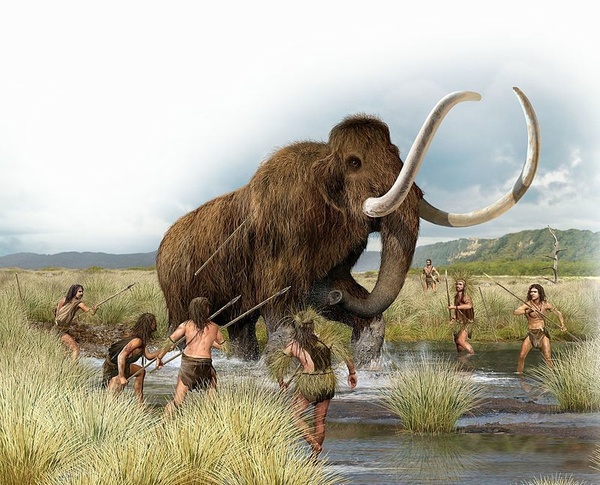 Paleo produces myoglobin from some of the most commonly consumed species, including beef, chicken, pork, sheep and tuna, to be used as ingredients in plant-based meat and fish alternatives in order to enhance their sensorial and nutritional value. But we went a step further, and reasoned that myoglobin from animals with an extreme oxygen demand – for example due to gigantism  – show distinctive adaptations that may be beneficial for food manufacturers, too.

For example, myoglobin from elephants (and mammoths) carries a phenylalanine at position 30 of the amino acid chain. Other species have a leucine at this position. The side chain of phenylalanine protects the iron atom from autooxidation by stopping water from entering the heme binding pocket. This adaptation, in turn, limits the undesirable shift in myoglobin color from bright red to brown.

What makes the steppe mammoth myoglobin unique is a histidine at amino acid position 92, instead of the glutamine commonly found in other species. This positively charged residue increases the net surface charge of the protein. An elevated surface charge is an adaptation observed in diving mammals, where it correlates with increased muscle myoglobin concentration.

By increasing electrostatic repulsion between the protein molecules, this prevents detrimental myoglobin self-aggregation. Since protein aggregation is a common issue when expressing exogenous proteins in microbes, the mammoth myoglobin turned out to be an ideal candidate for Paleo.

This is only a first example of how nature-inspired innovation can help us shift to more diverse food production methods. Eating a protein from an extinct species proves that we can still have the meat or fish experience that is part of human culture for millennia, without animals having to pay for it.

I received a PhD in Bioscience Engineering: Food Science and Nutrition from the University of Ghent and am now Food Science Lead at Paleo...