News Staff
Long before human ancestors began hunting large mammals for meat, a fatty diet provided them with the nutrition to develop bigger brains, according to a paper in Current Anthropology.

The paper argues that our early ancestors acquired a taste for fat by eating marrow scavenged from the skeletal remains of large animals that had been killed and eaten by other predators. The argument challenges the widely held view among anthropologists that eating meat was the critical factor in setting the stage for the evolution of humans. This is anthropology, so they may be making a distinction without a difference; in a calorie-poor landscape all was eaten.

If accurate, and we began acquiring a taste for it 4 million years ago, it might explain why it tastes so good now. We want marbling in our meat, and plump cattle taste better than an athletic deer. In the prehistoric world, those extra calories may have fueled the fire of human evolution. It would explain why when science has made food plentiful and cheap, people still eat like primitives who don't know when their next meal will be. 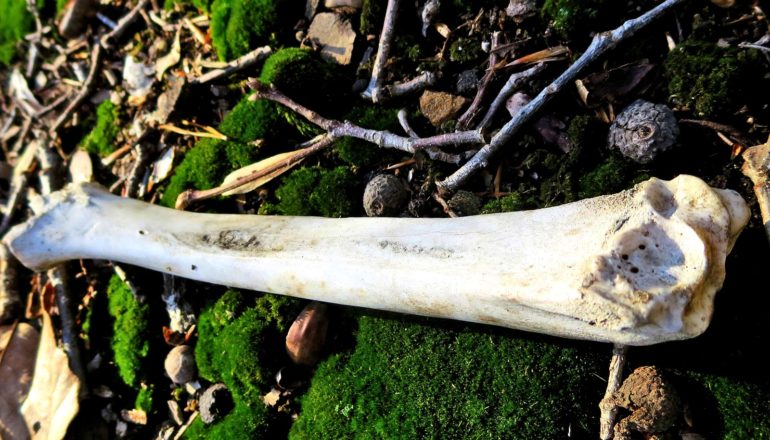 Focusing on fat over meat may seem like a subtle distinction, but the difference is significant they say. The nutrients of meat and fat are different, as are the technologies required to access them. Meat eating is traditionally paired with the manufacture of sharp, flaked-stone tools, while obtaining fat-rich marrow only required smashing bones with a rock.

The authors review evidence that a craving for marrow could have fueled not just a growing brain size, but the quest to go beyond smashing bones with rocks to make more sophisticated tools and to hunt large animals.

The human brain consumes 20% of the body’s energy at rest, or twice that of the brains of other primates, which are almost exclusively vegetarian. It’s a mystery to scientists how our human ancestors met the calorie demands to develop and sustain our larger brains.

A meat-centered paradigm for human evolution hypothesizes that an ape population began more actively hunting and eating small game, which became an evolutionary stepping stone to the human behavior of hunting large animals. The authors believe that is not evidence-based because meat of wild animals is lean. It takes more biological work to metabolize lean protein.
News Articles
More Articles All Articles
About