Your Meat Does Not Bleed - But That People Think It Does Is Important For Plant-Based Substitutes
By Hank Campbell | May 22nd 2019 07:29 AM | Print | E-mail

Hank Campbell
If you have cooked a steak or a hamburger you know that by the time you are ready to serve it, and certainly after you cut or bite into it, there will be liquid that oozes out of it.

Anti-meat groups know it isn't blood(1) but they use that imagery to try and sway people to their cause. And groups who make substitutes for meat also use that imagery, because they think that's important to meat eaters. Because marketing groups have long used it, people think it's blood, and even use the term "bloody."

It isn't. I've processed a lot of meat and blood is almost all gone by the time meat goes in the freezer. We hang deer after gutting them so that blood drains out and some chemistry starts to happen.(2) I want juicy, flavorful meat, and do my best to process and then cook it so it turns out that way. I'm not alone, it seems to be important to many, making it a multi-billion dollar issue for high valuation imitation meat companies like Beyond Meat and Impossible Foods. Everyone wants to mimic the bloody behavior. 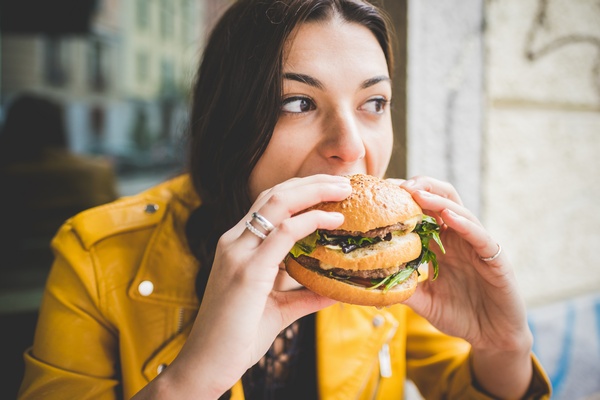 When a steak is on a cutting board, what you are seeing is oxymyoglobin, not blood, and there is no reason a plant product can't come close to it. The two big recent contenders both use different approaches.(3) Beyond Meat, made from peas, uses beets for "blood" while Impossible Foods makes "heme" using genetically engineered yeast. (4)

I'm not going to talk about beets because that is truly fake, but heme is scientifically interesting.

Meat is muscle and muscle is overwhelmingly water, up to 75 percent, along with 22 percent protein, up to 4 percent fat, and trace minerals, etc In that 22 percent protein, 7 percent will be sarcoplasmic proteins, like hemoglobin and myoglobin.(5) Sarcoplasmic proteins are called that because they are found in the fluid surrounding myofibrils in animal cells - the sarcoplasm. Hemoglobin carries oxygen in blood while myoglobin stores it. Myoglobin is an oxidative enzyme and when it gets oxygen it forms oxymyoglobin, which is red.  That's why if you buy meat wrapped in clear plastic recently it will look red but when you cut it open it will be that darker purple color, because far less oxygen got to the interior of the meat.(6)

When you cook meat, that water is going to heat and escape, and some protein with it. Since water evaporates more myoglobin is left and its color dominates the remaining juice. After tens of thousands of years of cooking meat, we know what it's like. And that is challenge for Beyond Meat  and Impossible Foods. It's more than taste. It's appearance and sensation.

Myoglobin store oxygen in muscles but is only in animals. That's where hemoglobin, which transports oxygen, comes in. It's also found in plants. Impossible foods says legume hemoglobin from soy is a good analog for meat hemoglobin.(7) But growing enough soy to get enough hemoglobin for Burger King level purchasing is not going to be better than ranching when it comes to the environmental feelsies. So their scientists took a more efficient route and genetically engineered yeast with the gene for soy leghemoglobin. All it has to do is ferment and they can extract the hemoglobin.

Activists focus on that genetic "modification", but that is like claiming they don't like the trucks that deliver solar panels. Even Europe, which banned genetically modified foods (because Monsanto - American) to protect mutagenesis (BASF - European) uses animal feed made from genetic modification, so it is strange than American environmentalists claim GMO yeast turns plant hemoglobin into Frankenglobin that is dangerous. It is identical. It is simply a different process to grow.(8) Like organic food.

Obviously vegetarians who detest the meat process don't need to have a burger that behaves like meat, for 35 years they have had patties they can throw on a burger. Impossible Foods and Beyond Meat want to take a bite out of the larger market, though, and for that they want to be able to show in taste tastes no one will know the difference. And that means mimicking the bleeding of meat that people think happens.

(1) Opponents often know more about the products they are against that people who like them, the same way your competitors in business will know flaws in your product better than you might and die-hard atheists know more about the Bible than casual church-goers.

(2) Dry aging. In older animals it is more important to age it. However, we always remove the backstrap and tenderloin. They are ready to go and you don't want those drying out.

(3) I ate some plant burgers in the 1990s. VegeBurger had been founded in 1984 but I preferred the Garden Burger. I had no particular evangelism about it, I would sometimes just give up particular foods for no reason for a set period of time and I liked the technology effort. They were a little dry but since I knew what I was buying I did not compare it to meat.

(4) You know the difference between juice and blood when you think about it. Blood coagulates.  But this workaround is a concern for anti-science activists and has caused a schism with people who are often politically sympathetic - vegetarians and vegans.

(5)  Water can be as low as 70 percent while fat can be as low as 2 percent but you won't have both low in the same muscle. Protein will be pretty consistent. The remainder of the 22 percent will be 13 percent myofibrillar and 2 percent stromal proteins, like collagen. In older animals, there will be more collagen and collagen is why people talk about "aged" beef. An older animal may have more flavor but it needs to be aged longer for it to break down naturally.

(6) Science is even used to make meat redder for longer. Since consumers are really bad about throwing out food if it doesn't "look" the way they think it should, in 2003 most food companies began packing meat in carbon monoxide, which causes the reddish color on the outside to last longer. It also prevents increased spoilage due to temperature variation that can occur in retail. As you can guess, before the opposed genetically modified plant heme, they opposed science related to reducing spoilage and waste, all while claiming to care about the planet. That is what the "anti" community does.

(7) Soy means it is only a matter of time before Fred vom Saal and the endocrine disruption doomsday cult turns on it.

(8) These groups also claim that if you grow food using hydroponics - meaning no soil, and therefore no soil depletion caused by modern (but somehow not "organic" certified) chemicals - cannot be organic. None of it makes much sense.
Science 2.0
More Articles All Articles
About