As more people become fat, fat becomes more acceptable - even normal - and the definition of 'obesity' gets pushed further out.

Today, fat is the new 'normal', according to Florida State University Assistant Professor of Economics Frank Heiland and Federal Reserve Bank of Boston Economist Mary Burke, who are the co-authors of a paper published in the academic journal Economic Inquiry that argues that the ballooning weight of the population has fed even more collective weight gain as our perception of what is considered a normal body size has changed.

“This is a social force that we are trying to document because the rise in obesity has occurred so rapidly over the past 30 years,” said Heiland, who also is affiliated with FSU’s Center for Demography and Population Health. “Medically speaking, most agree that this trend is a dangerous one because of its connection to diabetes, cancer and other diseases. But psychologically, it may provide relief to know that you are not the only one packing on the pounds.” 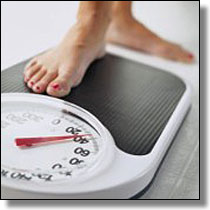 The paper, “Social Dynamics of Obesity,” is the first to provide a mathematical model of the impact of economic, biological and social factors on aggregate body weight distribution. It also is one of the first studies to suggest that weight norms may change and are not set standards based on beauty or medical ideals.

Many economists believe that people eat more -- and thus gain weight -- when food prices drop, but that’s just part of the story behind the nation’s dramatic weight gain since the late 1970s, according to the researchers. The full price of a calorie has dropped by about 36 percent relative to the price of consumer goods since 1977, but prices leveled off in the mid-1990s. And yet American women continued to get bigger.

Heiland and Burke’s “social multiplier” theory offers a potential reason why: As Americans continue to super-size their value meals, the average weight of the population increases and people slowly adjust their perceptions of appropriate body weight. Given that these changes in perception may come about gradually, Heiland and Burke suggest the nation’s battle of the bulge may extend into the future.

Heiland and Burke studied body weights among American women in the 30- to 60-year-old age bracket from 1976 to 2000. Using data from the National Health and Nutrition Examination Survey, they found that the weight of the average woman increased by 20 pounds, or 13.5 percent, during that period. There was disproportionate growth among the most obese women as the 99th percentile weight increased a hefty 18.2 percent, from 258 to 305 pounds.

The researchers also looked at self-reports of women’s real weights and desired weights. In 1994, the average woman said she weighed 147 pounds but wanted to weigh 132 pounds. By 2002, the average woman weighed 153 pounds but wanted the scales to register 135 pounds, according to data from the Centers for Disease Control and Prevention’s Behavioral Risk Factor Surveillance System.

The fact that even the desired weight of women has increased suggests there is less social pressure to lose weight, Heiland said, citing a previous study that 87 percent of Americans, including 48 percent of obese Americans, believe that their body weight falls in the “socially acceptable” range.

While it seems thinness is increasingly idealized in popular culture -- images of waif-like models and stick-thin celebrities are everywhere -- there is a gap between the cultural imagery and the weights that most people consider acceptable for themselves and others, according to Heiland.

Biological forces also play a role in the rise of obesity. An additional pound of body weight is more likely to be fat, which does not metabolize calories nearly as well as muscle tissue, Heiland explained. Therefore, any increase in calorie consumption -- say, one more cookie each day -- leads to greater weight gain among an initially heavier person.

The researchers focused this study on women partly because their weight gains have been so dramatic, Heiland said, citing a whopper of a statistic: 33.2 percent of American women over age 20 are classified as obese, according to 2001-2004 National Health and Nutrition Examination Survey data. However, men also have become heavier, and the researchers believe the same economic, social and biological forces are to blame.