Burdensome though it is, the $5.2 trillion national debt never killed anyone. But the national sleep debt is another story, according to Cornell University psychologist and sleep expert James Maas - the man who coined the term 'power nap.' One hundred thousand traffic accidents caused by drivers falling asleep claim some 1,500 lives each year in the United States, Maas reports, while sleep deprivation and sleep disorders cost the American economy at least $150 billion a year.

"We've become a nation of walking zombies. More than half the adult population of the United States is carrying a substantial sleep debt," Maas said. The professor of psychology in Cornell's College of Arts and Sciences defines sleep debt as the difference between the hours of restorative rest people need -- for optimal physical and mental well-being -- and the number of hours they actually get. 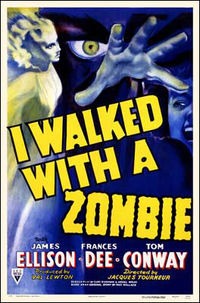 Maas compiled his findings and advice in a book, Power Sleep

(Villard, 1998). The book details the enormous costs to individuals and society of sleep deprivation, then explains the "architecture and functions" of sleep and offers a practical guide to balancing a personal sleep budget while coping with those who can't.

"At any given time, the American sleep debt totals nearly half a billion hours or close to two hours every night for the average American. And just because you're lucky or smart enough not to incur sleep debt, that doesn't mean you're not affected," Maas added. "Any one of those sleep-debt zombies can kill you or hurt in other ways." (See "Am I Sleep-deprived?" quiz, attached.)

A professor, sleep researcher, filmmaker and corporate speaker for more than 30 years, Maas has grown increasingly concerned about Americans' ignorance of a function we perform every day -- sleep. "Adequate sleep is just as important as nutrition and exercise. But too many people who care for their bodies in other ways ignore their need for quality sleep," Maas said, noting that one-third of all Americans get six hours of sleep a night or less when they should be getting nine or 10.

"If we can get people sleeping eight hours, that would be wonderful, although still not optimal," Maas said and explained the significance of that number. "Between the seventh and eighth hour is when we get almost an hour of REM (rapid eye movement) sleep, the time when the mind repairs itself, grows new connections and puts it all together. REM sleep occurs about every 90 minutes, and the periods of REM sleep get longer as the night progresses. If you're a six-hour sleeper, you're missing that last, important opportunity to repair and to prepare for the coming day."

For his part, a well-rested Maas steers alertly through a world of zombies. He would never think of scheduling his popular Psych 101 course -- which, at nearly 1,500 students per semester, is the largest live lecture class at any American college -- in the afternoon. People are naturally drowsy after lunch, so Maas insists on a mid-morning time slot, one of two periods (the other is late afternoon) when humans are at their best and brightest.

The Cornell psychology course devotes about as much time to the psychology of sleep, (one-third), as people should to sleeping each day. And in return for the knowledge, Cornell students act as survey subjects. Surveys by Maas and by a research colleague at Stanford University, physician William C. Dement, find only 1 percent of students at the elite schools in an alert state all day long. Four out of five Cornell students experience drowsiness in the afternoon, and 24 percent say they take a nap each day.

Hopefully, they're not repaying a sleep debt in Maas' class. Because the dozing students would miss one of the psychologist's favorite illustrations of the costs of sleep deprivation: The price of attending an Ivy League university runs around $29,000 a year, Maas is fond of reminding students. At that rate, each lecture is worth about $80.

"There's nothing wrong with napping, but at $80 an hour, you've picked an awfully expensive room to catch up on sleep."