Preliminary results from a recent study show that a blood test, when used in psychiatric patients experiencing symptoms that are considered to be indicators of a high risk for psychosis, identifies those who later went on to develop psychosis.

It may lead to accurate diagnosis of people who are experiencing the earliest stages of psychosis. Psychosis includes hallucinations or delusions that define the development of severe mental disorders such as schizophrenia. Schizophrenia emerges in late adolescence and early adulthood and affects about 1 in every 100 people. In severe cases, the impact on a young person can be a life compromised, and the burden on family members can be almost as severe.

"The blood test included a selection of 15 measures of immune and hormonal system imbalances as well as evidence of oxidative stress," said Diana O. Perkins, MD, MPH, professor of psychiatry in the UNC School of Medicine and corresponding author of the study. She is also medical director of UNC's Outreach and Support Intervention Services (OASIS) program for schizophrenia. 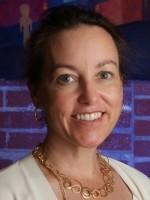 "While further research is required before this blood test could be clinically available, these results provide evidence regarding the fundamental nature of schizophrenia, and point towards novel pathways that could be targets for preventative interventions," Perkins said.

Clark D. Jeffries, PhD, bioinformatics scientist at the UNC-based Renaissance Computing Institute (RENCI), is a co-author of the study, which was conducted as part of the North American Prodrome Longitudinal Study (NAPLS), an international effort to understand risk factors and mechanisms for development of psychotic disorders.

"Modern, computer-based methods can readily discover seemingly clear patterns from nonsensical data," said Jeffries. "Added to that, scientific results from studies of complex disorders like schizophrenia can be confounded by many hidden dependencies. Thus, stringent testing is necessary to build a useful classifier. We did that."

The study concludes that the multiplex blood assay, if independently replicated and if integrated with studies of other classes of biomarkers, has the potential to be of high value in the clinical setting.