News Staff
Consumers are aware of genetically modified crops but their knowledge level is limited and often at odds with the facts, according to a new paper in the FASEB journal.

Last year, Brandon McFadden, an assistant professor of food and resource economics at the UF Institute of Food and Agricultural ‌Sciences, published a study that showed scientific facts scarcely change consumers’ impressions of genetically modified food and other organisms.

So he conducted the survey to better understand what consumers know about biotechnology, breeding techniques and label preferences for GM foods.

The results led McFadden to conclude that consumers do not know as much about the facts of genetically modified food and crops as ‌they think they do. 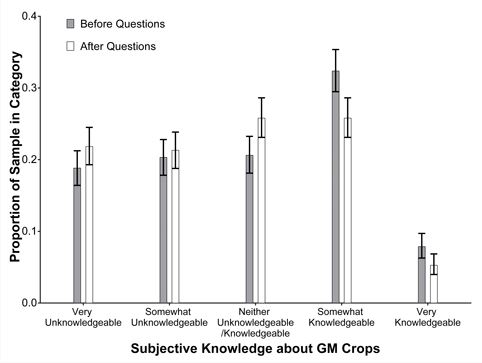 “Our research indicates that the term ‘GM’ may imply to consumers that genetic modification alters the genetic structure of an organism, while other breeding techniques do not,” McFadden said.

As participants answered questions designed to measure their knowledge of scientific data on genetic modification, respondents seemed to change their statements about the safety of genetically modified foods, McFadden said.
News Articles
More Articles All Articles
About