News Staff
Wildfires send hot flames and smoke high into the air, including black carbon emissions associated with climate change and risk to human health. Unless the United States adapts sensible forest management policies, which means fewer instances of the Department of the Interior and environmental lobbyists conspiring to manipulate science reports, carbon emissions from wildfires in the contiguous U.S. could increase by 50 percent by 2050 and double by 2100.

But high-profile wildfires should not be the only concern. Peatlands — an organic mixture of decayed and compacted leaves — are actually the largest fires on earth. These high-moisture-containing fuels make up nearly three-fourths of earth’s land mass and are believed to be the largest emitter of carbon from wildfires to the atmosphere. In 1997, a period of extreme haze caused by the spread of smoldering peat fires in Indonesia led to a rapid increase in respiratory illnesses and disrupted shipping and aviation routes, creating an estimated 0.81 to 2.57 billion tons of carbon gases in that region.

Peat fires are difficult to extinguish, burn at a lower temperature, produce more smoke, generate particles that can be irritating to the eyes and respiratory system, and are among the least understood of fires, according to the U.S. Environmental Protection Agency. Unlike flaming fires, peatlands smolder underground for weeks and months and emit a whitish smoke. 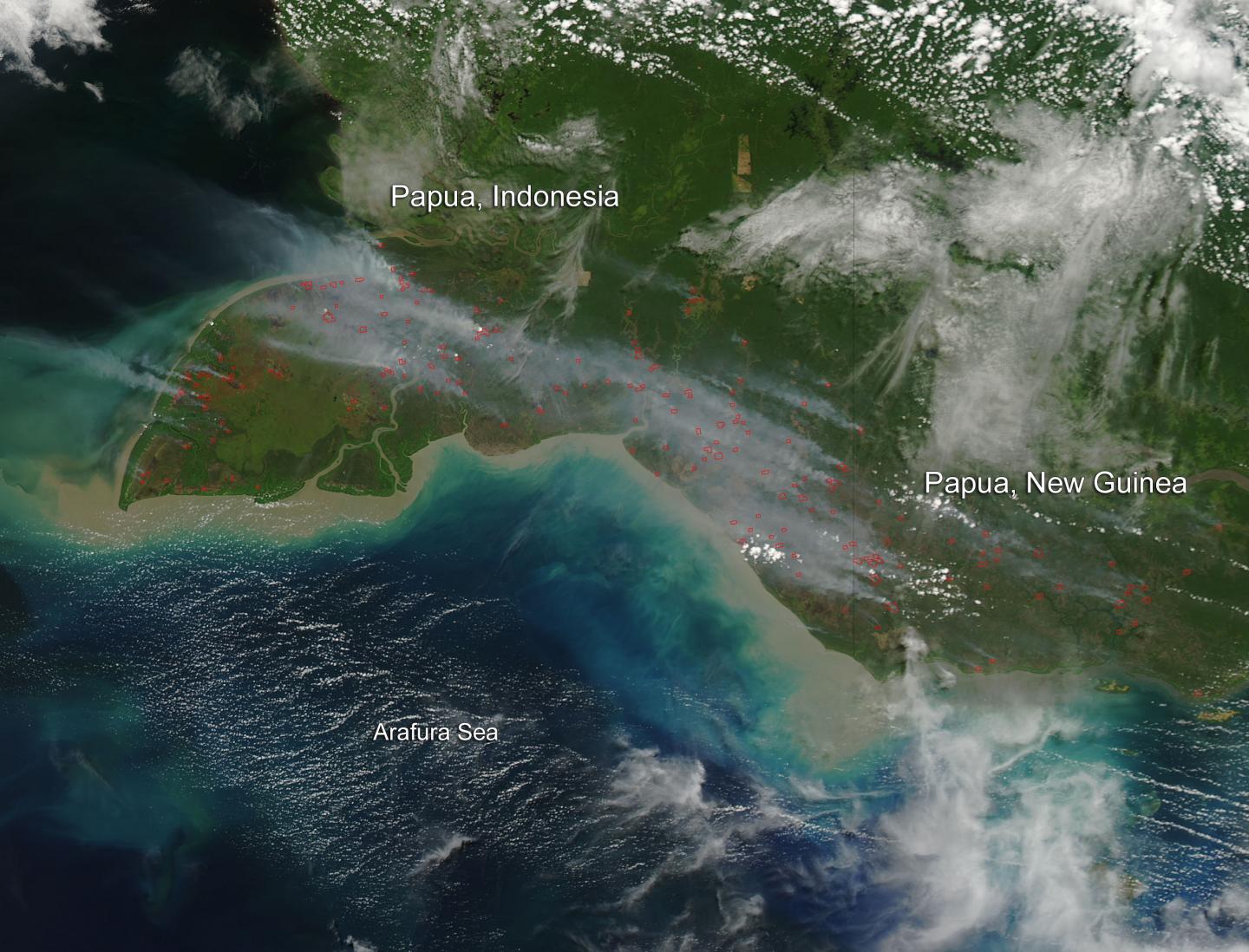 To study the climatic effects of carbon-containing aerosols emitted from peat fires, Rajan Chakrabarty, PhD, assistant professor of environmental engineering at Washington University in St. Louis’ School of Engineering&Applied Science, has received a grant from the National Aeronautics and Space Administration (NASA). Brent Williams, PhD, assistant professor of environmental engineering, is a co-investigator on the project, as is Wei Min Hao, PhD, an atmospheric chemist at the USDA Forest Service Fire Sciences Laboratory in Montana.

“This project is going to provide the much-needed information on peat smoke aerosol properties for integration in satellite retrieval algorithms and climate models,” Chakrabarty said. “Based on my initial findings, I hypothesize the peat smoke is made up of brown carbon and not black carbon. Brown carbon is a class of organic carbon aerosol which, unlike black carbon, strongly absorbs incoming solar radiation in the shorter wavelengths, or near ultraviolet.”

With the new grant, Chakrabarty and his collaborators will study the origin of brown carbon particles, their chemical makeup, how many particulates are being emitted and determine their optical properties, or how they behave in light, using a photoacoustic technique, which uses non-invasive imaging based on sound and light.  When scientists and engineers collect the smoke particles on a filter, the residue is yellow to brown in color, giving clues about its properties, Chakrabarty said.

“When you see the yellowish or brown color, it implies that the brown carbon is reflecting all light but the blue violet wavelengths, and that’s what it’s absorbing,” Chakrabarty said. “That has significant implications because we know that black carbon is much less in terms of mass emissions compared to organic carbon. And if organic carbon has absorption right near visible or near ultraviolet light when the solar spectrum starts to peak, it will add further warming on top of black carbon, and we don’t know how much.”

Chakrabarty and Williams will study laboratory-scale fires from peat fuel types found worldwide at the USDA Fire Science Laboratory combustion chamber using their real-time optical and chemical instruments, which they will transport to Montana in the summer of 2016. They will compile the results into a reference for other scientists, called a look-up table, which will provide researchers and climate modelers with properties for the different fuel types. Since NASA has the largest inventory of fire images from satellite, its scientists will integrate the look-up table into several of its satellite algorithms and climate models, Chakrabarty said.

Chakrabarty first studied brown carbon particles as a graduate student at the University of Nevada, Reno, in a pilot study at the USDA Fire Science Laboratory. He observed large-scale brown-carbon aerosol being freshly emitted as primary particles from smoldering combustion of two kinds of duff, or the surface organic layer containing litter, lichen, live and dead moss and organic soil. The combustion of duff is the largest contributor to smoldering smoke production in forest regions in the Northern Hemisphere and contributes between 46 percent and 72 percent of all wildland fire carbon emissions annually.