News Staff
Chemical analysis of some of the world’s oldest rocks has provided the earliest record yet of Earth's atmosphere and shows that the air 4 billion years ago was very similar a billion years later, when the atmosphere, though it likely would have been lethal to oxygen-dependent humans, supported a thriving microbial biosphere that ultimately gave rise to the diversity of life on Earth today.

Until now, researchers have had to rely on widely varying computer models of the earliest atmosphere's characteristics.

The new study builds on previous work by Jonathan O’Neil, an assistant professor at Ottawa University, and McGill emeritus professor Don Francis, who reported in 2008 that rocks along the Hudson Bay coast in northern Quebec, in an area known as the Nuvvuagittuq Greenstone Belt, were deposited as sediments as many as 4.3 billion years ago -- a couple of hundred million years after the Earth formed. 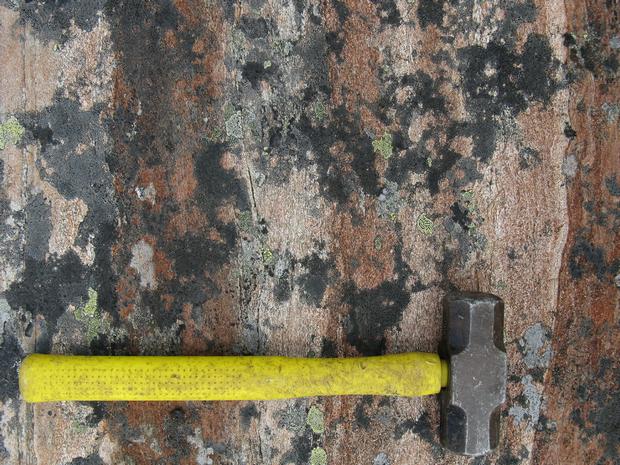 In the new study, a team led by researchers from McGill’s Earth and Planetary Sciences Department, used mass spectrometry to measure the amounts of different isotopes of sulfur in rocks from the Nuvvuagittuq belt. The results enabled the scientists to determine that the sulfur in these rocks, which are at least 3.8 billion years old and possibly 500 million years older, had been cycled through the Earth's early atmosphere, showing the air at the time was extremely oxygen-poor compared to today, and may have had more methane and carbon dioxide.

"We found that the isotopic fingerprint of this atmospheric cycling looks just like similar fingerprints from rocks that are a billion to 2 billion years younger," said Emilie Thomassot, a former postdoctoral researcher at McGill and lead author of the paper. Emilie Thomassot is now with the Centre de Recherches Pétrographiques et Géochimiques (CRPG) in Nancy France.

“Those younger rocks contain clear signs of microbial life and there are a couple of possible interpretations of our results," says Boswell Wing, an associate professor at McGill and co-author of the new study. "One interpretation is that biology controlled the composition of the atmosphere on early Earth, with similar microbial biospheres producing the same atmospheric gases from Earth’s infancy to adolescence. We can’t rule out, however, the possibility that the biosphere was decoupled from the atmosphere. In this case geology could have been the major player in setting the composition of ancient air, with massive volcanic eruptions producing gases that recurrently swamped out weak biological gas production."

The research team is now extending its work to try to tell whether the evidence supports the “biological” or the “geological” hypothesis -- or some combination of both. In either case Emilie Thomassot says, the current study "demonstrates that the Nuvvuagittuq sediments record a memory of Earth’s surface environment at the very dawn of our planet. And surprisingly, this memory seems compatible with a welcoming terrestrial surface for life". The team is now extending their investigation to early Archean sediments from other localities in Canada, such as the Labrador coast (see www.saglek-expedition.org).

The research was supported by the Natural Sciences and Engineering Research Council of Canada and the Canadian Space Agency, and by France’s Lorraine region and the Centre National de la Recherche Scientifique.