News Staff
Billions of years ago, an extinction occurred that dwarfed the event that wiped out the dinosaurs 65 million years ago. Its history is written in Canadian rocks and show Earth lost nearly 75 percent of its plant and animal species.

But it had a benefit for us. The die-off of microorganisms that shaped the Earth's atmosphere paved the way for larger animals to thrive.

Given the current coronavirus pandemic, the third of the last 17 years, not to mention annual flu and the other infectious diseases we face, it may seem that microbes are unstoppable, but even when biology on Earth was comprised entirely of microbes, they still had enormous die-off events.

How to detect life before complex life even existed

Because this time period preceded complex life, fossils that can help us learn what was living 2 billion years ago, clues left behind in mud and rocks can be difficult to uncover and analyze.

So for a new study the group turned to barite, a mineral collected from the Belcher Islands in Hudson Bay, Canada, that encapsulates a record of oxygen in the atmosphere. Those samples revealed that Earth experienced huge changes to its biosphere - the part of the planet occupied by living organisms - ending with an enormous drop in life approximately 2.05 billion years ago that may also be linked to declining oxygen levels. 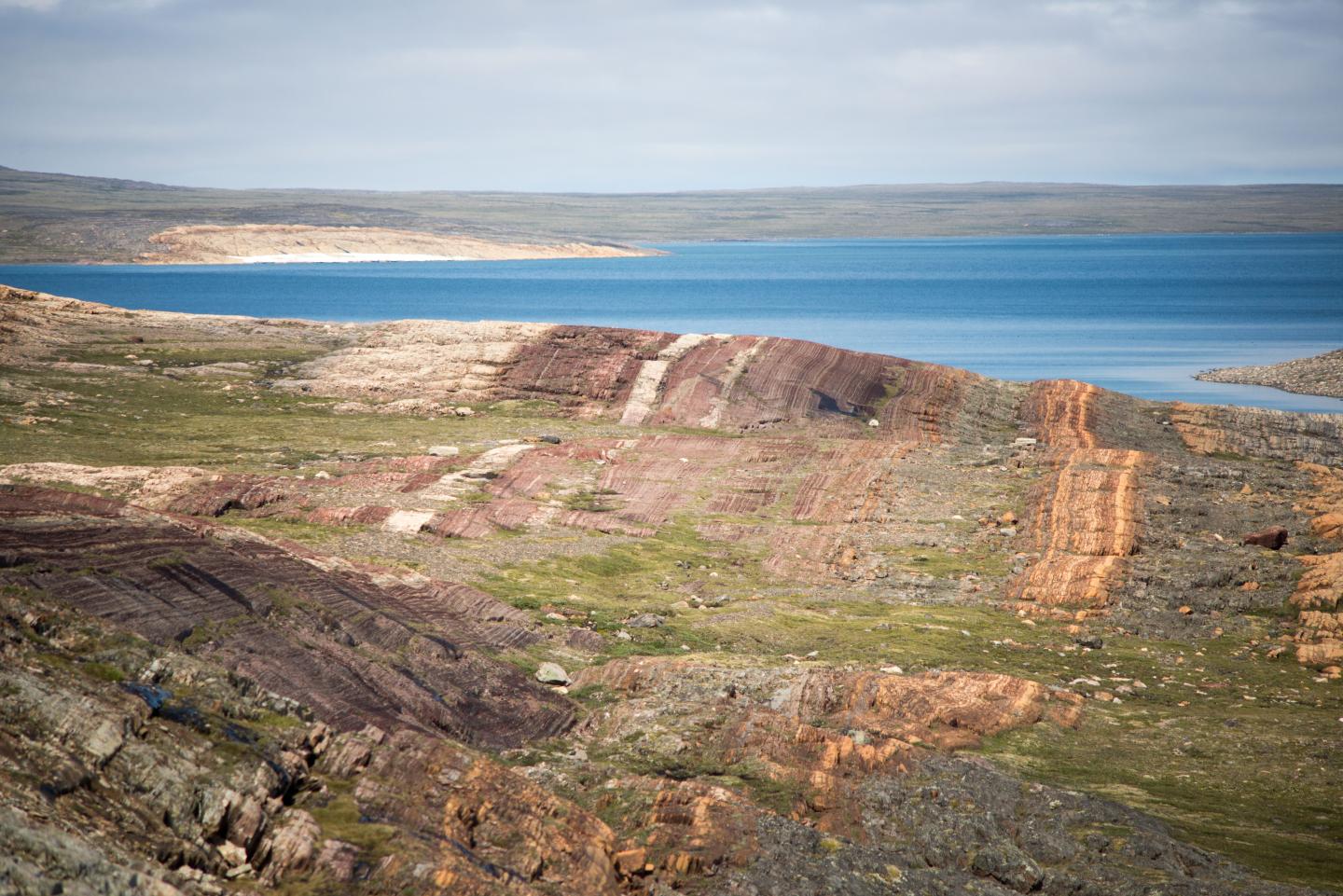 "The size of the biosphere through geologic time has always been one of our biggest questions in studying the history of the Earth," said Erik Sperling, an assistant professor of geological sciences at Stanford who was not involved with the study. "This new proxy demonstrates how interlinked the biosphere and levels of oxygen and carbon dioxide in the atmosphere are."

This relationship between the proliferation of life and atmospheric oxygen has given researchers new evidence of the hypothesized "oxygen overshoot." According to this hypothesis, photosynthesis from ancient microorganisms and the weathering of rocks created a huge amount of oxygen in the atmosphere that later waned as oxygen-emitting organisms exhausted their nutrient supply in the ocean and became less abundant. This situation is in contrast to the stable atmosphere we know on Earth today, where the oxygen created and consumed balances out.

The researchers' measurements of oxygen, sulfur and barium isotopes in barite support this oxygen overshoot hypothesis and helps narrow down estimates of the size of the oxygen overshoot by revealing the significant biological consequences of oxygen levels above or below the capacity of the planet.

"Some of these oxygen estimates likely require too many microorganisms living in the ocean in Earth's past," said co-lead author Peter Crockford, a postdoctoral researcher at the Weizmann Institute of Science and Princeton University. "So we can now start to narrow in on what the composition of the atmosphere could have been through this biological angle."
News Articles
More Articles All Articles
About