The hygiene hypothesis and its cousins, like that rural settings make children microbiologically stronger, now has a study that vegetarian activists are not going to like: sleeping on animal fur in the first three months of life has been linked to reduced risk of asthma.

Previous studies have suggested that exposure to a wider range of environments from young age could be protective against asthma and allergies - urban settings have not found that to to be so. But in a new study, researchers investigated children from a city environment who had been exposed to animal skin by sleeping on the material shortly after birth.

Data from a German birth cohort called Lisaplus were used. The cohort included over 3,000 healthy newborns who were mainly recruited in 1998. 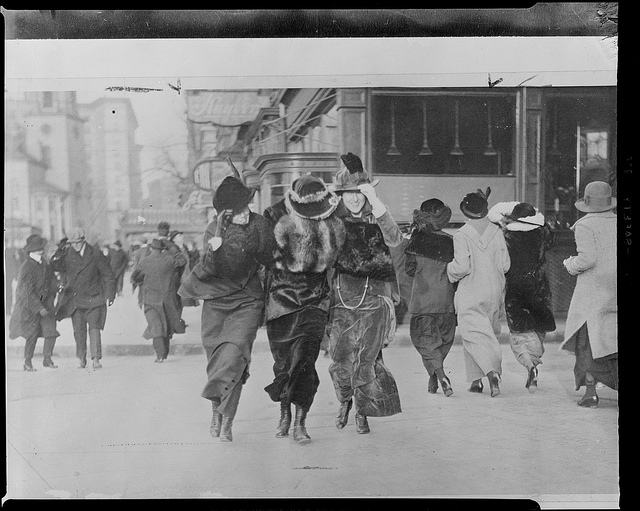 Why they had less asthma. More natural animal fur. Courtesy of the Boston Public Library, Leslie Jones Collection, on flickr

The results from the European Respiratory Society (ERS) International Congress in Munich suggest that exposure to the microbial environment in animal skin and fur could have a protective effect against asthma and allergies. showed that sleeping on animal skin was associated with a reduced risk of a number of factors connected to asthma.

The chance of having asthma at the age of 6 years was 79% lower in children who had slept on animal skin after birth compared with those who were not exposed to animal skin. The risk decreased to 41% by the age of 10.

Dr. Christina Tischer, from the Helmholtz Zentrum München Research Centre, said, "Previous studies have suggested that microbes found in rural settings can protect from asthma. An animal skin might also be a reservoir for various kinds of microbes, following similar mechanisms as has been observed in rural environments. Our findings have confirmed that it is crucial to study further the actual microbial environment within the animal fur to confirm these associations."