Bring Back No Child Left Behind? Common Core Standards, Lack Of Voice, Driving Teachers Out
By News Staff | September 9th 2014 09:00 AM | Print | E-mail

After the last wave of 'American children don't perform well on international standardized tests' articles in news media, the Obama administration gutted No Child Left Behind, the program approved with overwhelming bipartisan over a decade earlier, and replaced it with Common Core standards. American teachers, who didn't like the feeling that they were having to 'teach to the test' in order for students to do as well on standardized tests as kids from countries who primarily teach to the test, have now been handed an entirely new and even more restrictive set of demands to teach to the test.

Teacher turnover has always happened in high numbers. America has an educational system where administration is top-heavy and incompetent teachers can't be fired. The newest, most enthusiastic educators are forced into jobs teachers with tenure do not want, where they have to wait in line to move to an area they want to live. Instead, many just quit.

Politicians have used that turnover as a political football. Democrats and the education unions who give 93% of teacher political contributions to them insisted turnover would stop if No Child Left Behind was eliminated. Instead, the replacement has made it worse and teach turnover could now be costing the U.S. $2.2 billion a year, according to a Michigan State University education scholar and former high school teacher. 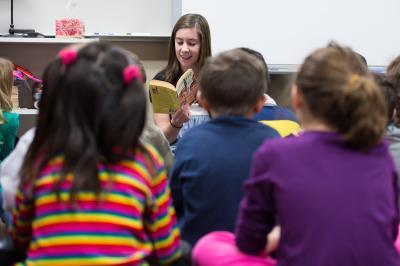 No Child Left Behind guidelines have been replaced with a curriculum that could be done by robots and teachers have become demoralized by a culture of political pressure to try and create student scores similar to Finland and China, where teachers do not get tenure and they teach to the test.  In failing schools, where brand new teachers without tenure are forced to go, their evaluations are going to be spotty.

Alyssa Hadley Dunn, assistant professor of teacher education, conducted in-depth interviews with urban secondary teachers before they quit successful careers in teaching and in a pair of studies found that, though policy makers say the dominant emphasis on standardized testing is needed to make U.S. students more globally competitive, "preparing students to answer multiple choice questions," is not why teachers went into teaching.

Frustration with high-stakes testing and top-down educational policies is part of what led Dunn, to leave her job as an urban high school English teacher in Atlanta. According to the Alliance for Excellent Education, the teacher turnover rate in poor schools is about 20 percent per year – roughly 50 percent higher than the rate in affluent schools.

While previous research has examined why teachers quit after the fact, Dunn wanted to explore the issue while teachers are wrestling with the decision, to get a real-time take on the problem. In one of her studies, which appears in the Urban Review, the teachers she interviewed said the factors that made them want to continue teaching included their students, colleagues, commitment to the profession and worry about pursuing a new career in hard economic times.

"As previous research has shown, it is not, contrary to popular opinion, students who drive teachers out of the classroom," Dunn said.

But the negative factors – including lack of quality instruction time and low salaries – outweighed the positive aspects of teaching and led the teachers to quit. The average U.S. teacher salary decreased 1.3 percent between 2000 and 2013 – to $56,383, according to the National Center for Education Statistics. Further, the United States ranked 22 out of 27 participating countries in a 2011 study of teacher salaries by the Organization for Economic Cooperation and Development. In addition, lack of support contributed to teachers' decision to quit. Dunn said teachers need more than professional development – they also need personal support, even if that's a colleague or an organized group to talk to about the pressures they face.

"How can teachers and administrators support each other in having courageous conversations about what teaching is doing to them," Dunn said, "and how can they work together to ease some of the common stressors?"

In the other study, which appears in Teachers College Record, Dunn interviewed one of her brightest former teaching candidates, Samantha Durrance, who went on to become an urban middle school teacher – only to quit after just two years in the classroom.

Like Dunn, Durrance found the high-pressure environment of standardized testing to be detrimental to both her and her students.

"The reality I found was one in which there are far too many standards and far too little time to teach," Durrance said. "I have given all of myself to this for too short a time to already be so drained. Fighting against the myriad of forces that drag our students down is just too much for me."