It was only a time before someone found a way to weaponize those, but in this case for the public good: Buckybombs. But these nanoscale explosives will target and eliminate cancer at the cellular level, triggering tiny explosions that kill cancer cells without affecting surrounding tissue.

Carbon nanotubes, close relatives of bucky-balls, are used already to treat cancer. They can be accumulated in cancer cells and heated up by a laser, which penetrates through surrounding tissues without affecting them, and targets carbon nanotubes directly. Modifying carbon nanotubes the same way as the buckybombs will make the cancer treatment more efficient - reducing the amount of treatment needed. 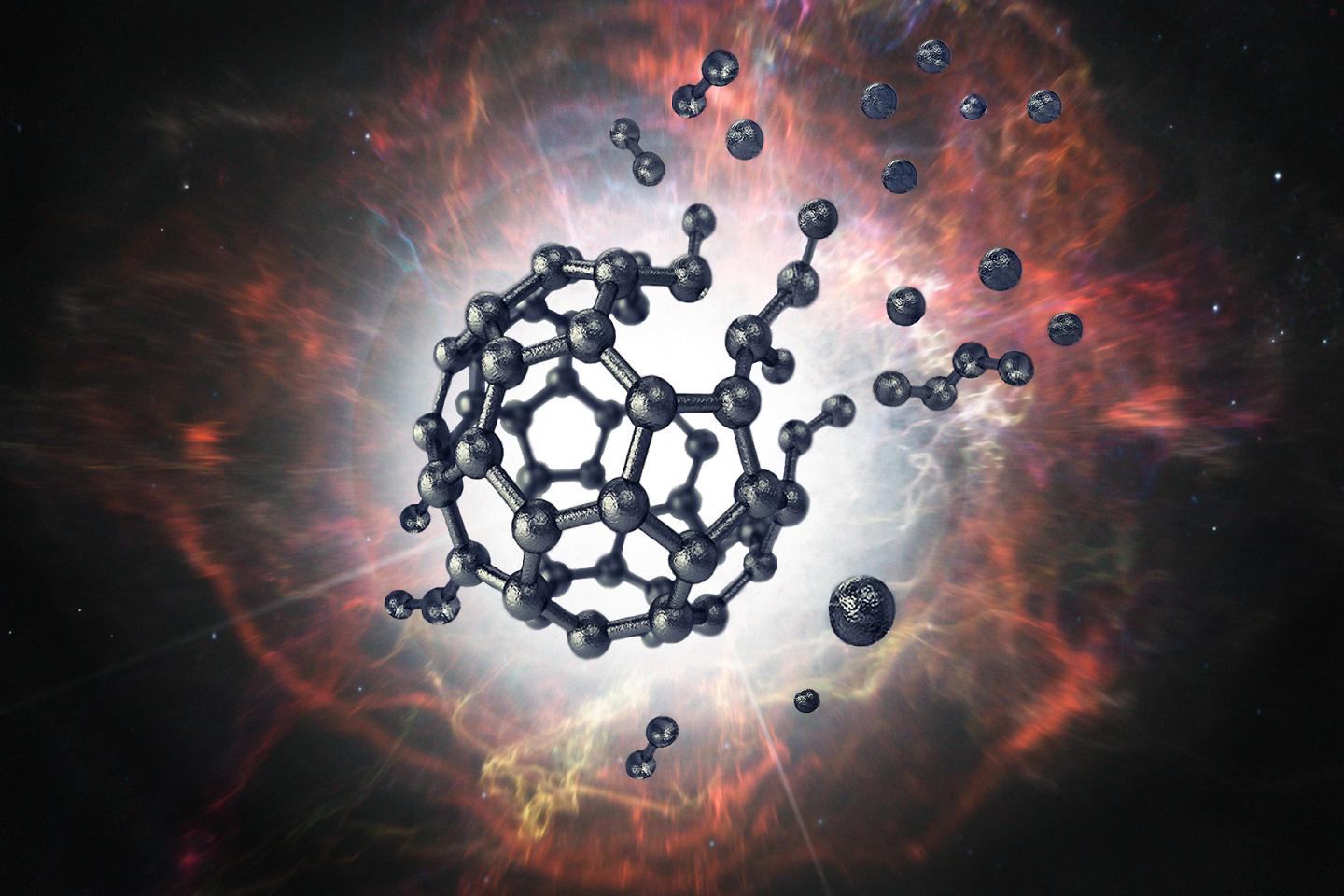 To build the miniature explosives, Prezhdo and his colleagues attached 12 nitrous oxide molecules to a single Bucky-Ball and then heated it. Within picoseconds, the Bucky-Ball disintegrated -- increasing temperature by thousands of degrees in a controlled explosion.

The source of the explosion's power is the breaking of powerful carbon bonds, which snap apart to bond with oxygen from the nitrous oxide, resulting in the creation of carbon dioxide.

"Future applications would probably use other types of carbon structures - such as carbon nanotubes, but we started with Bucky-balls because they're very stable, and a lot is known about them," said Oleg V. Prezhdo, professor of chemistry at the USC Dornsife College of Letters, Arts and Sciences and corresponding author of the paper.

Published in the Journal of Physical Chemistry. Prezhdo collaborated with co-corresponding author Vitaly V. Chaban, who was at USC when the research was completed and is now at the Universidade Federal de São Paulo in Brazil with fellow co-corresponding author Eudes Eterno Fileti. This research was funded by the São Paulo Research Foundation; the Brazilian National Council for Scientific and Technological Development; the U.S. Department of Energy (grant DE-SC0006527); and the Russian Science Foundation (project No. 14-43-00052).
News Articles
More Articles All Articles
About