News Staff
Climate change may have been be responsible for the abrupt collapse of civilization on the fringes of the Tibetan Plateau around 2,000 B.C. - but it wasn't the modern political connotation of climate change, with man-made carbon dioxide causing warming, it was global cooling.

At the end of the Holocene Climatic Optimum, a 4,000 year period of warm weather, it was no longer possible for ancient people on the Tibetan Plateau to cultivate millet, their primary food source, and after productivity declined most left. Not forever, a few hundred years later they were growing wheat and barley. That's because wheat and barley have higher frost tolerance and a lower heat requirement than millet, making them better suited for the high altitudes and suddenly colder weather of eastern Tibet. In a new paper in PNAS, a team argues that the change in climate led to the change in culture still evident today.

The success of those two crops causes them to spread as staples. this made the two crops an important facet of subsistence immediately after their introduction around 1700 B.C.

Intriguing speculation is that if the climate heats up the way leading computer models say it will, millet may be en vogue again. 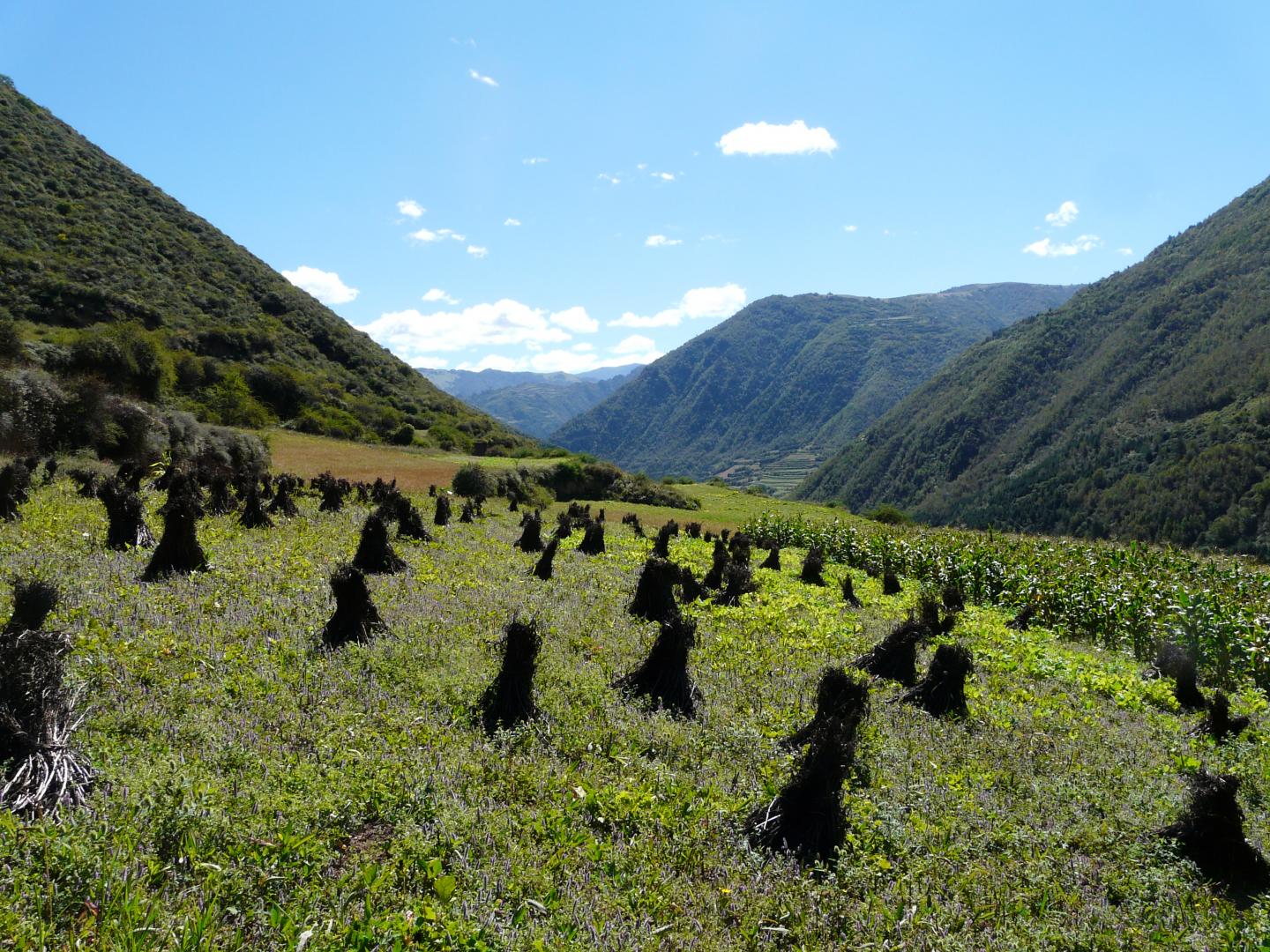 Barley cultivation in Jiuzhaigou National Park, located in the Min Shan mountain range, Northern Sichuan in South Western China. Not much has changed in 2,000 years but before that it was millet. Credit: Washington State University

At Ashaonao, Haimenkou, and other archeological sites in the Tibetan highlands, researchers noted ancient wheat and barley seeds  when the consensus was the region's climate would have actually favored millet, due to its shorter growing season, over wheat or barley. The difference in thinking was because agronomists tended to use a different measurement than archaeologists to determine whether crops can grow in cold, high altitude environments like the Tibetan Plateau. They used total growing degree days or the accumulated amount of heat plants need over their lifetime rather than the length of a growing season.

"My colleagues and I created a new model based off what we found in the literature," says archaeologist Jade D'Alpoim Guedes. "It revealed that global cooling would have made it impossible to grow millet in the Eastern Tibetan Highlands at this time but would have been amenable to growing wheat and barley. Our work turned over previous assumptions and explained why millet is no longer a staple crop in the area after 2000 BC."

Guedes' work points to climate cooling as the culprit behind the collapse of early civilization on the Tibetan Plateau. Ironically, the region is today one of the areas experiencing the most rapid climate warming on the planet. There are some areas in the southeastern plateau where temperatures are 6 degrees Celsius higher than they were 200 years ago.
News Articles
More Articles All Articles
About