News Staff
Dark matter is an umbrella term for matter that no one has directly detected but must be out there or physics at the very large scale makes even less sense than it makes now. Since it does not reflect, absorb or emit light, it is invisible, so whatever it 'is' is only known to exist via its gravitational effects on matter as we know it.

That makes it difficult for science - but we can basically learn something about dark matter the same way we originally did with detectable matter - by studying what happens when it bumps into things. But since it is undetectable that can only happen on scales that are really big, like galaxy clusters, where collisions involving dark matter happen and it exists in vast enough quantities to see the effects of collisions. If you want to learn about dark matter, you have to wade into a sea of hot X-ray emitting ionized hydrogen gas.

Galaxies are made of three main ingredients: stars, clouds of gas and then something that we must call dark matter. During collisions, the clouds of gas spread throughout the galaxies crash into each other and slow down or stop while stars are less affected by the drag from the gas, in a similar way to a soap bubble and a bullet in the wind where the bubble would interact a great deal more with the wind than the bullet. 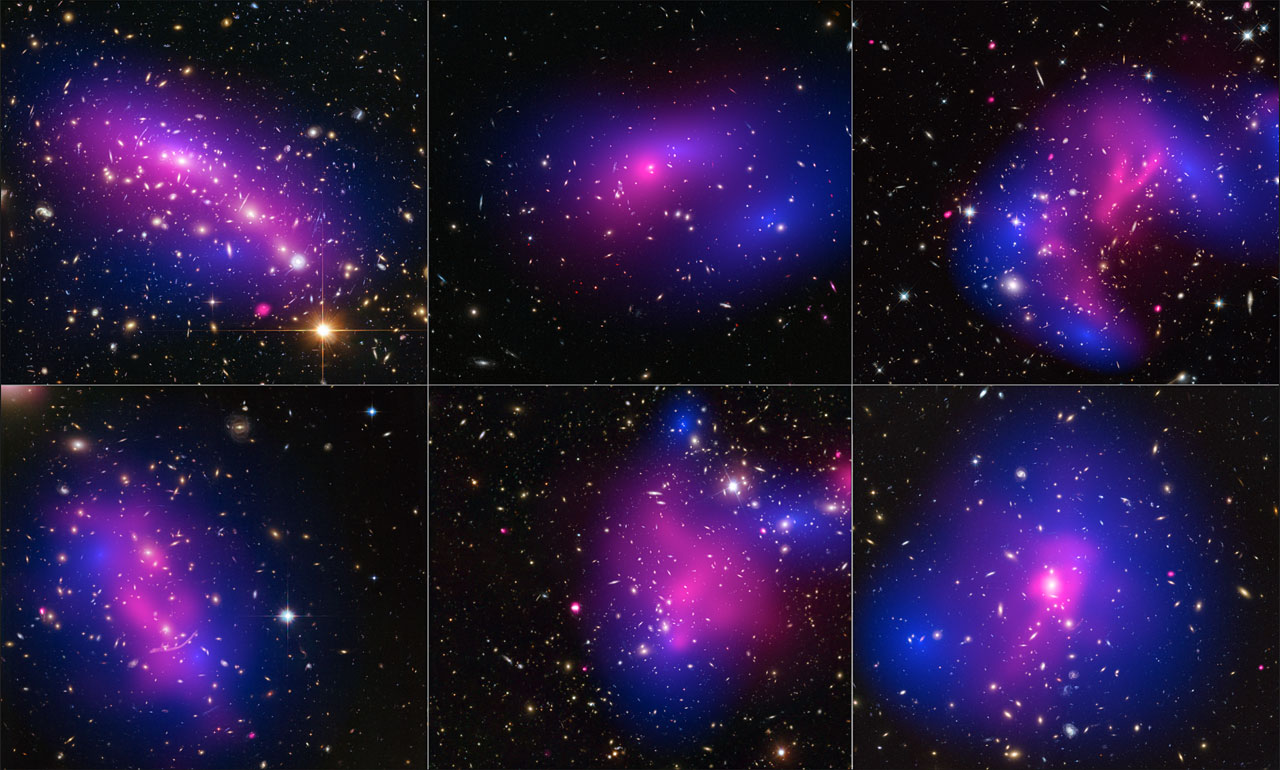 "We know how gas and stars react to these cosmic crashes and where they emerge from the wreckage. Comparing how dark matter behaves can help us to narrow down what it actually is," explains David Harvey of the École Polytechnique Fédérale de Lausanne (EPFL) in Switzerland, lead author of a new study. Harvey and his team used data from the NASA/ESA Hubble Space Telescope and NASA's Chandra X-ray Observatory to study 72 large cluster collisions. The collisions happened at different times, and are seen from different angles — some from the side, and others head-on.

By finding that dark matter interacts with itself even less than previously thought, the team have successfully narrowed down the properties of dark matter. Theorists will have to keep looking, but at least they now have a smaller set of unknowns to work with.