In every sport, an athlete who has enjoyed long-term success has the opportunity for free agency, when they can join the highest bidder.

Though every athlete has the same contract-year motivation, they don't all have the same contract-year performance. Yet such a contract year boost happens often enough that there is widespread belief that it happens often for athletes. Obviously in the diversity of human existence, it is entirely possible that someone can have a career year at precisely the right time but because it lacks consistent parameters, the contract year effect has produced conflicting claims. Tristan Cockcroft at ESPN says it's a myth (at least when it comes to the statistics fantasy team players focus on) but scholars at the University of Missouri say such a contract year performance boost is real, and so is post-contract performance crash—a two-year pattern they call the "contract year syndrome" and it affirms their belief in "self-determination theory." 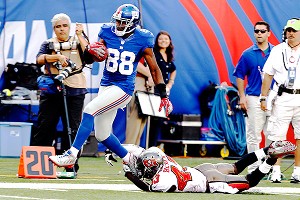 Sheldon and Mark White, an undergraduate student in the Psychology Department, found that professional athletes did perform better in some ways in a contract year, but this was almost always followed by a slump in performance in the season after the contract was signed—a slump that even dropped them below their pre-contract year baseline.

"We tested whether or not there was a bump in an athlete's performance during the contract year and found that to be true for some scoring statistics," Sheldon said. "We also found a lingering negative impact. In this case, there was a general drop-off in performance after contracts were signed. This holds true for both NBA and MLB players and follows the patterns found in past laboratory research. Armed with this information, owners and general managers could perhaps tie large raises to contingencies that require the athlete to maintain the same productivity in the future instead of slacking off. Or at least, fans could be prepared to expect a let-down in the performance of their team's star who just re-signed."

Sheldon claims that contract year syndrome analysis provides a new type of support for self-determination theory, a motivation hypothesis that focuses on internal sources of motivation, and suggests that the same model could be applied elsewhere. For example, researchers could compare post-college athletic involvement of scholarship and non-scholarship athletes.

Article:"The contract year syndrome in the NBA and MLB: a classic undermining pattern" in Motivation and Emotion. Source: University of Missouri-Columbia